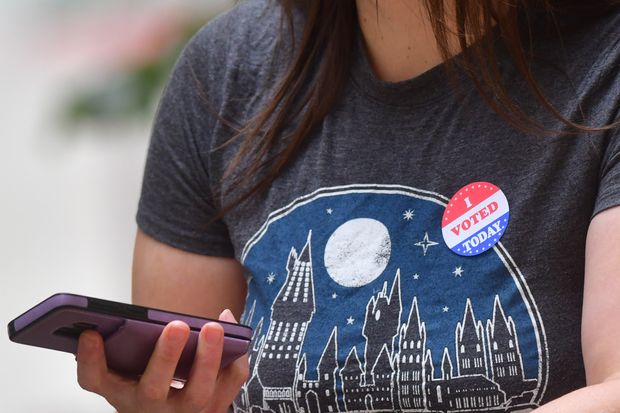 A woman wears an “I VOTED” sticker after casting her in Philadelphia, Penn. Young voters were key to President-elect Joe Biden’s victory in Pennsylvania and other swing states.

Blaine Lewis-Thompson was on a FaceTime call with friends last Saturday morning, lamenting how long it was taking to deliver an outcome in the presidential election, when he learned that former Vice President Joe Biden had become the president-elect.

Pennsylvania’s decisive role in delivering the presidency to Biden was particularly significant to Lewis-Thompson. He’d spent the last several months organizing college students in the state to get out the vote as a senior fellow for Rise, an advocacy organization focused on college affordability and other youth and student issues. 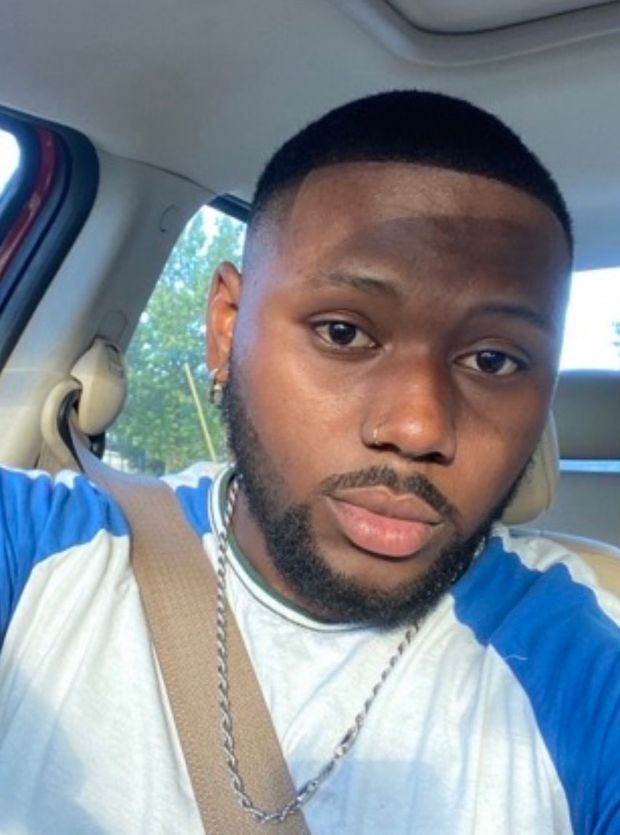 Blaine Lewis-Thompson helped get out the vote among college students.

He felt “complete” from all the hard work that he and the organizers accomplished, he said that Saturday afternoon. “This is how you get the results that you want, this is how politics works.”

A surge in youth-voter turnout likely helped propel Biden to victory, but young voters showed up for both candidates. Despite the COVID-19 pandemic — which changed the voting experience on college campuses and, of course, nationwide — between 50% and 52% of eligible voters ages 18-29 cast a ballot in this election, according to the Center for Information and Research on Civic Learning and Engagement at Tufts University.  In 2016, CIRCLE estimated that youth turnout was between 42% and 44%.

“While President-elect Joe Biden won the youth vote by a 25-point margin, more than a third of young voters (36%) supported President Trump,” according to CIRCLE.

Young people had ‘a pretty strong effect’ on the election outcome

“It was abundantly clear that young people had a pretty strong effect, not only on the federal-election results this year, but also had an effect on the whole election cycle,” said Abby Kiesa, the deputy director of CIRCLE.

In June of this year, there was already evidence from a CIRCLE poll that more young people were volunteering for campaigns and donating money than in previous election cycles, Kiesa said.

By August, youth voter registration had exceeded the levels of early November 2016. In addition, by October it was clear that early and absentee voting among younger voters would “blow away,” numbers from the 2016 election, she said.

Given the pandemic, it made sense that those numbers would be higher than in previous election cycles, but in some areas they exceeded expectations. For example, young voters in Texas cast more ballots before election day than they did in the entire 2016 presidential election, Kiesa said. CIRCLE projects that when all the votes are counted, young voter turnout will have increased by seven or eight percentage points from the 2016 election.

Issues like climate change, racial justice and the coronavirus pandemic were top of mind for young voters this election cycle, Keisa said. Nearly 80% of those who responded to a June CIRCLE poll said the COVID-19 pandemic helped them realize how politics impacts their everyday lives.

Similar to Democrats and Republicans overall, younger Biden voters said the pandemic was the most important problem facing the country, while younger Trump voters said it was the economy, according to CIRCLE. Younger Trump voters held different views than their older counterparts: they were more likely to be concerned about racism, climate change and restricting abortion access than older Trump voters.

Both young Democrats and Republicans were inspired by the election outcome

Though her pick for president didn’t win, Emma Scott felt energized by the experience of this election. As the chair of the South Carolina College Republicans, she oversees all of the chapters of the organization in the state.

In the lead-up to the election, she helped organize phone banking competitions between college chapters for Senator Lindsey Graham and an effort that saw 1,400 college students descend on Charleston as part of a door-knocking campaign for Congresswoman-elect Nancy Mace. Both candidates won their elections and Mace’s win flipped that district’s seat to Republican control.

“Most College Republicans are proud of the work that they have done the past couple of months,” she said. 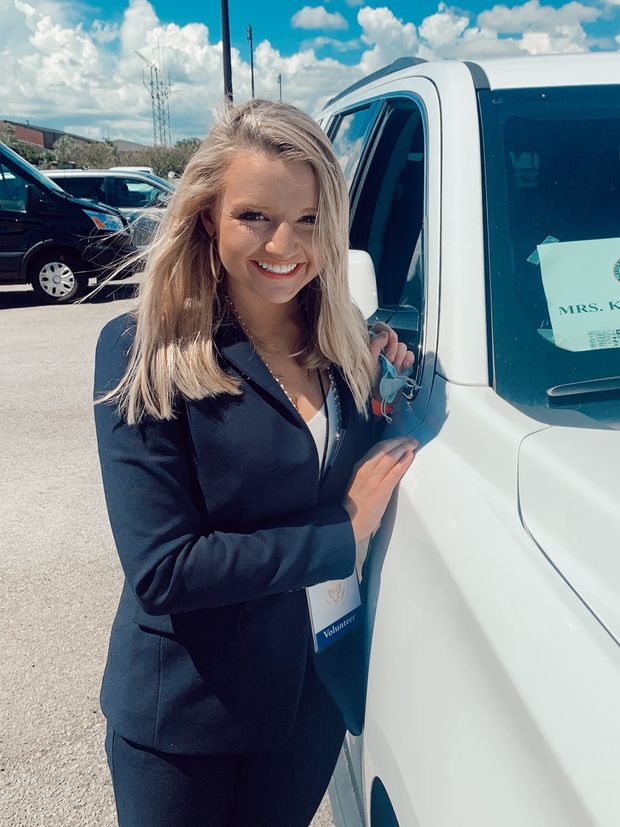 Emma Scott, chair of the South Carolina College Republicans, got the chance to vote for a role model in this election.

For Scott, a political science major at the University of South Carolina, the chance to cast her ballot this election cycle was particularly meaningful — it was her first presidential election and she also got the chance to vote for Mace, who she worked for as a page in the state house. “She’s a role model for me,” Scott said.  “I almost cried.”

Scott said issues like “constitutional values” as well as the economy — for example, “jobs, are they going to stay here, are they going to go abroad” — influenced her support of Trump and other Republicans. She said she’ll be watching lawmakers at both the state and federal level to ensure “policy is going through” that “is a reflection of upholding constitutional values instead of trying to take them away.”

To her, those values include the Second Amendment, religious liberty and freedom of speech. “I think it is important that those seeking public office always strive to uphold the principles embedded within our Constitution and the ideas laid out by the Founding Fathers.” She added, “I also believe that in recent years we have often seen our freedom of speech come under threat, and I always look for candidates who value our right to free expression.”

Kyle Ogle also said the experience of voting this year made him hopeful about the political process more broadly. Ogle, who recently graduated from Old Dominion University with a degree in accounting and a minor in business analytics, took a day off work after the election to mentally process the returns. 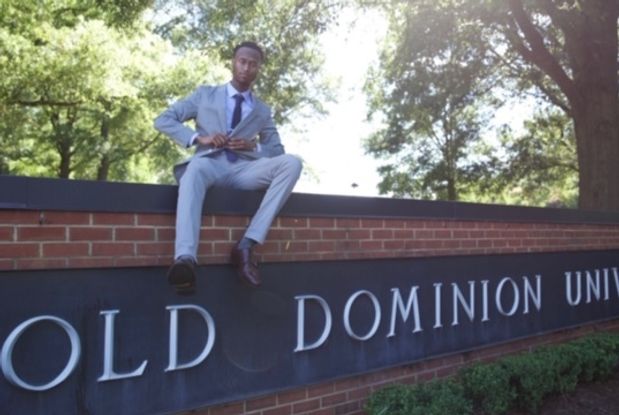 In the days in between when votes were cast and the result was revealed, Ogle said he felt a bit anxious and tense.

The outcome of the election and the apparent success of voter registration efforts, including those run by Stacey Abrams — who served in the Georgia House of Representatives from 2007 to 2017 — and other organizers, gave Ogle more confidence in the political system, he said.

“It just gives me a sense of hope that your vote actually counts and it actually matters,” he said. “You have the power to change what happens in this country, and this election has proved that to me for once.”

Young voters of color were key in swing states

For Alex Huskey, it was a “new feeling” to watch his home state of Georgia become the subject of national attention. Huskey, 21, grew up in Summerville, Ga. and is now a junior at the University of Georgia, where he’s chair of school’s chapter of the College Republicans.

Alex Huskey, back right, after heading to the polls with friends to cast their ballots.

The tight margins in the state were palpable in the lead-up to the election, Huskey said. Every time he turned on the television there was an ad for one of the various senate candidates.

“There’s just already been a ton of money spent on Senate races here,” he said, “I can only imagine what that’s going to look like now that the control of the Senate hinges on Georgia.” Senators Kelly Loeffler and David Perdue, Republicans of Georgia, are facing Democratic challengers Raphael Warnock and Jon Ossoff in a runoff election in January.

There’s not much Huskey and his fellow College Republicans can do to affect the outcome of litigation over the presidential election, but his organization is “definitely going to be doing everything we can,” to help during the Senate runoff, including by connecting interested students with opportunities to help those campaigns, Huskey said.

Regardless of who occupies the White House or controls Congress come January, Huskey said he’ll be watching closely to see how lawmakers deal with the economy and the U.S. Supreme Court — two issues that are key to his identity as a Republican.

Huskey, a political science major who is also pursuing a master’s degree in public administration, has always been interested in and involved with politics, he said. But what made this election different — his first chance to cast a vote for president — was the level of participation among his peers. He went with friends to cast their ballots together.

“A way it felt different is that more people my age were excited to go to the polls and excited to vote,” Huskey said of this election.

Asya McDonalds, a 21-year-old college student living with her family in Alpharetta, Ga., also watched with excitement and surprise as her state became a contentious battleground.

“I never thought Georgia would be a blue state,” she said. Biden appears to have won Georgia — the first Democratic candidate for president to do so since Bill Clinton — but the state is currently in the midst of a recount to ensure the accuracy of the votes. 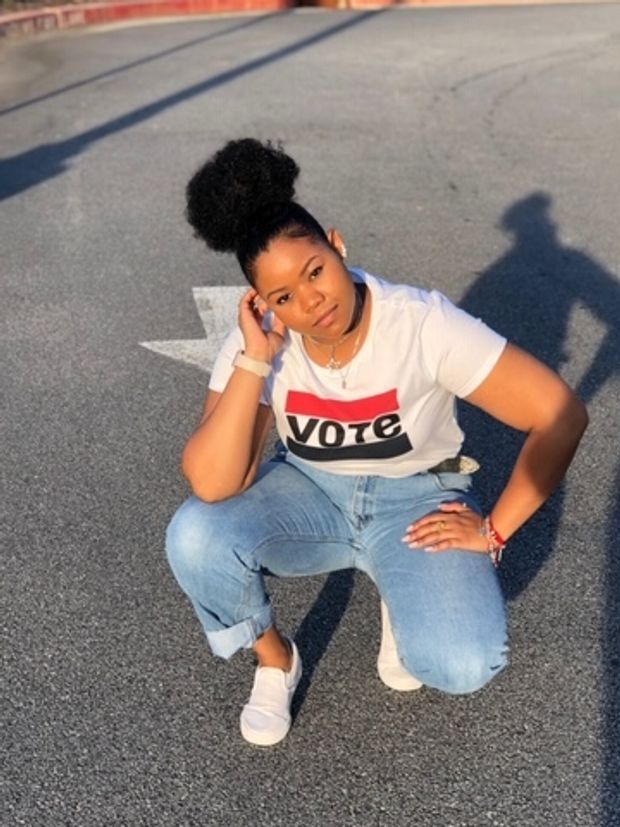 Asya McDonalds didn’t believe that the race in Georgia, where she lives, would wind up being so close.

Young voters contributed to Biden’s lead in many swing states, according to CIRCLE. In Michigan, young voters gave Biden an edge of 194,000 votes, in Pennsylvania, where Lewis-Thompson was an organizer, 154,000 more young voters cast their ballots for Biden than for Trump and in Georgia, Biden had an edge among youth voters of 188,000.

“It means the world honestly,” she said of Harris’ election. “There is not a glass ceiling at this point because everything is kind of capsizing,” McDonalds, who hopes to be a lawyer or a journalist, added.

Sapphire Allen-Scruggs, a 21-year-old who graduated from Ramapo College of New Jersey this spring, agreed. She was in sixth grade when Barack Obama was elected president and was happy at the time to see a Black man hold the office. 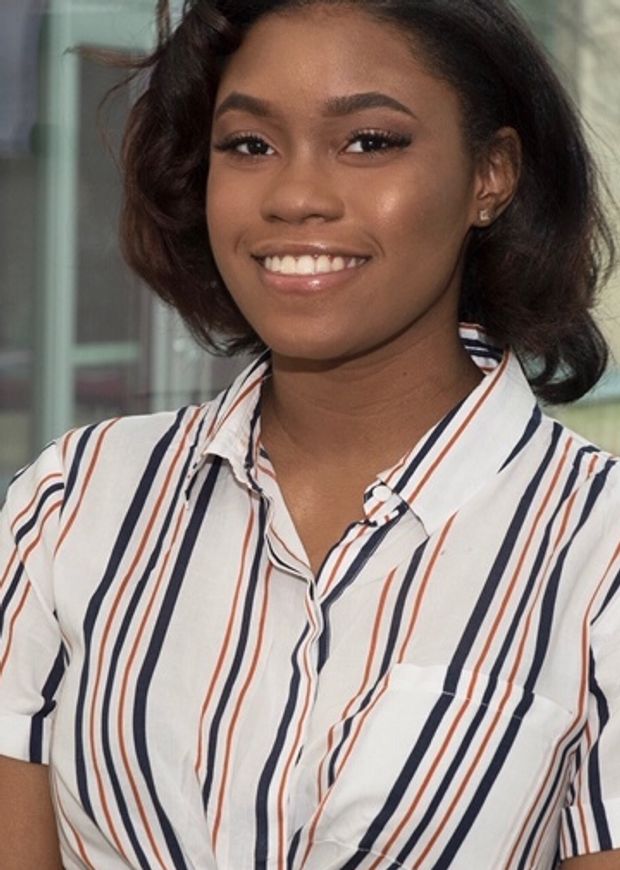 ‘The next step is holding him accountable’

Though Lewis-Thompson is also excited that Biden and Harris will be assuming the nation’s top posts, he believes his work as a youth organizer is just beginning.

“Me being a Black man and so many other Black men dying and being killed by police officers,” Lewis-Thompson said, has motivated him to make “sure we have situations where that’s actually decreased.”

Lewis-Thompson is hoping to go into politics himself one day in an effort to address issues like racial inequities in education and wealth. “It doesn’t end here,” Lewis-Thompson said of his activism. “The next step is holding him accountable.”