The early days of the Biden administration have presented “racial justice” and “racial equity” as the new buzzwords for the entire executive branch.

These are the marching orders governing everything from immigration policy to Cabinet nominations to affirmative action in higher education. Worshipping at the altar of wokeness and identity politics will be required for the next four years.

But those who believe in equality for all rather than special treatment for some should not despair: Just last November, a wildly successful campaign in California beat back the “equity” onslaught in a most unlikely landslide victory.

The effort defeated Proposition 16, a measure that sought to overturn a ballot initiative passed in 1996 – and adopted as part of the California state Constitution – that prohibits racial preferences in public education, contracting and employment. In a state where Biden defeated Trump by nearly 2 to 1, the No on 16 campaign, for which I served as communications director, won by a 14-point margin.

Winning the public debate was key to our success, and the ingredients that made it possible may be informative for others fighting wokeness and identity politics in the Biden era:

The racial equity agenda shamelessly includes racial intimidation, and the backers of Prop 16 weren’t shy in partaking. Riding the momentum of last year’s Black Lives Matter protests, they called for the repeal of equal opportunity in California. Anyone who dared to say otherwise was branded a racist – just as anyone criticizing the Biden-Harris “equity agenda” now risks the same.

No on 16 president Ward Connerly dared to say otherwise. A Black man with a proud multiracial heritage, he reminded Californians that the notion that “all men are created equal” is a fundamental American principle enshrined in the Declaration of Independence, reaffirmed in the Gettysburg Address, and celebrated in Dr. Martin Luther King’s “I Have a Dream” speech. 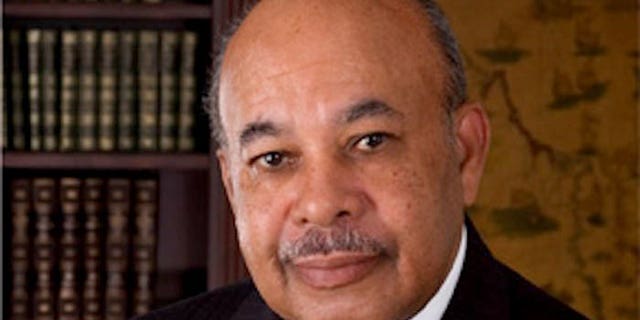 Ward Connerly was a University of California regent from 1993-2005. (ACRI)

As Prop 16 proponents called for racial bean counting and proportional representation to address alleged systemic racism, Connerly, born in segregated Louisiana, proclaimed that while individual racism will always exist, the system is no longer racist.

Connerly, the chairman of Proposition 209, the voter referendum that ended racial preferences in California nearly 25 years ago, has a long track record of fighting for equality in the state and across the country. That did not stop our opponents from smearing him as a racist and our campaign as consisting of White supremacists. Their sleaze failed to stick.

Appealing to all voters

Not only did the No on 16 campaign have a severe funding disadvantage of 16 to 1, the effort to reinstate racial preferences enjoyed the backing of the entire political, media and business establishment in the Golden State, as well as that of professional sports teams and national figures like then-Sen. Kamala Harris.

Regardless, our campaign was propelled to victory by voters of all colors, creeds and party affiliations.

Rosa Paniagua, a personal trainer in Los Angeles, the daughter of Mexican immigrants, and a Biden supporter, found Prop 16’s message patronizing and explained her opposition to the Los Angeles Times: “It’s in our culture to work hard and earn our living.”

Prop 16 proponents tried to fan racial grievances across the state, especially among those who looked like Rosa. Our campaign’s message was that equality is for everybody.

Wokeness in America may now command fealty from the mainstream media, Big Tech, Hollywood, far-left politicians, Wall Street, academia and other powerful players in society – but they don’t represent sensible, ordinary Americans of all stripes.

The equity agenda calls for racial justice, but inevitably inflicts injustice on groups it does not favor. This was no different for Prop 16.

Our campaign emphasized that at the heart of racial preferences is real racism – against Asian Americans. They have been consistently and disproportionally harmed by racial schemes – from  Harvard to Yale to California public universities before the implementation of race neutrality – touting “diversity” goals like Prop 16. Had the measure passed, Asian Americans would have been the most immediate victims.

Our opponents helped us make our case. They regularly griped that Asian Americans were “overrepresented” at the state’s top public universities and openly called for a reduction of their numbers, even up to 50%.

The struggle over oppression credentials is not what Americans of any party should want, in California or nationwide.

The likelihood that such racism could become policy galvanized Asian American voters, especially first-generation immigrants. Though many were political neophytes (a number of our senior staffers had no prior campaign experience and had a steep learning curve), they brought dedication and enthusiasm.

An army of volunteers turned out for car rallies, yard sign distribution, and tasks big and small in the middle of a pandemic. Over 90% of our campaign funds came from ordinary Asian Americans making small-dollar donations.

In the end, the injustice and collateral damage intended for one racial group in pursuit of the equity agenda was unacceptable to an overwhelming majority of all Californians.

The Democratic supermajority in the state legislature put Prop 16 on the November ballot, and not one Democratic politician who held statewide or national office publicly opposed the measure. Yet, some of our campaign’s most effective spokespeople were lifelong liberal Democrats.

Among them, Professor Rick Sander of the University of California Los Angeles School of Law wrote, “Liberals spent much of the 20th century trying to outlaw and purge racial discrimination – why would we be so eager to reinstitute it, somehow believing that this time its use will be more ‘benign’?”

Charles Geshekter, retired professor of modern African history and another lifelong Democrat, not only condemned Prop 16 but the entire mindset underlying identity politics. He wrote: “Proposition 16 promotes a return to a racial and ethnic spoils system that teaches students to label themselves and others as the oppressed or the oppressors. In this realm, no competition is fiercer than the struggle over oppression credentials.”

Indeed, the struggle over oppression credentials is not what Americans of any party should want, in California or nationwide.

Campaigns win for many reasons. Yet, the ingredients for waging an effective public debate against identity politics and wokeness may be quite straightforward: Bring the moral authority and backbone; make the argument to everyone, including supporters of the other side; remind voters of the extent of the intended injustice; and don’t be shy – fear and cowering won’t do.

After all, equality and commonsense American principles deserve a good fight.

UFC 259 Blachowicz vs. Adesanya: Start time, press conference, how to...