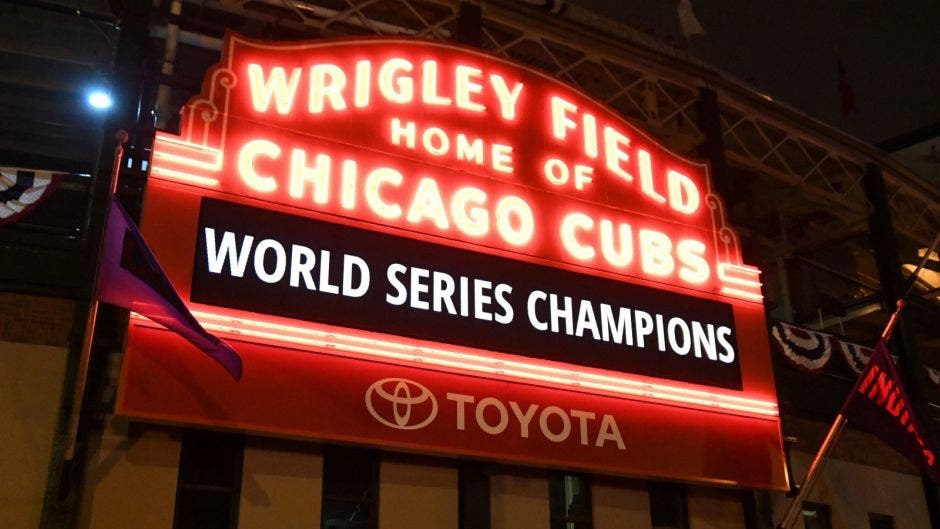 Wrigley Field was honored as a National Historic Landmark on Thursday.

The Chicago Cubs announced the recognition for its ballpark on social media. The designation will preserve the stadium in Chicago.

“Wrigley Field has been designated as a National Historic Landmark, affirming its significance to the city of Chicago, professional sports and American history and culture,” the team said.

“A Hall of Fame recognition that will preserve the Friendly Confines for generations of fans to come.”

Wrigley Field and Fenway Park in Boston are the only active MLB stadiums that have federal National Historic Landmark status. The old Tiger Stadium in Detroit also had the status before it was demolished, according to ESPN.

Wrigley Field opened in 1914 as Weeghman Park, where the Federal League’s Chicago Whales were originally supposed to play. The league folded after the 1915 season.

The Cubs played their first game there in 1916 and the stadium rights were later acquired by William Wrigley Jr. – of Wrigley gum – who later renamed the ballpark Wrigley Field in 1927.

It’s the second oldest MLB stadium next to Fenway Park. It’s the only Federal League ballpark remaining in the U.S.

According to ESPN, the ballpark became eligible for National Historic Landmark status in 1987 and applied for federal status in 2013. The Ricketts Family, which now owns the team, spent more than $1 billion in renovations, adding netting, video boards and new seats.