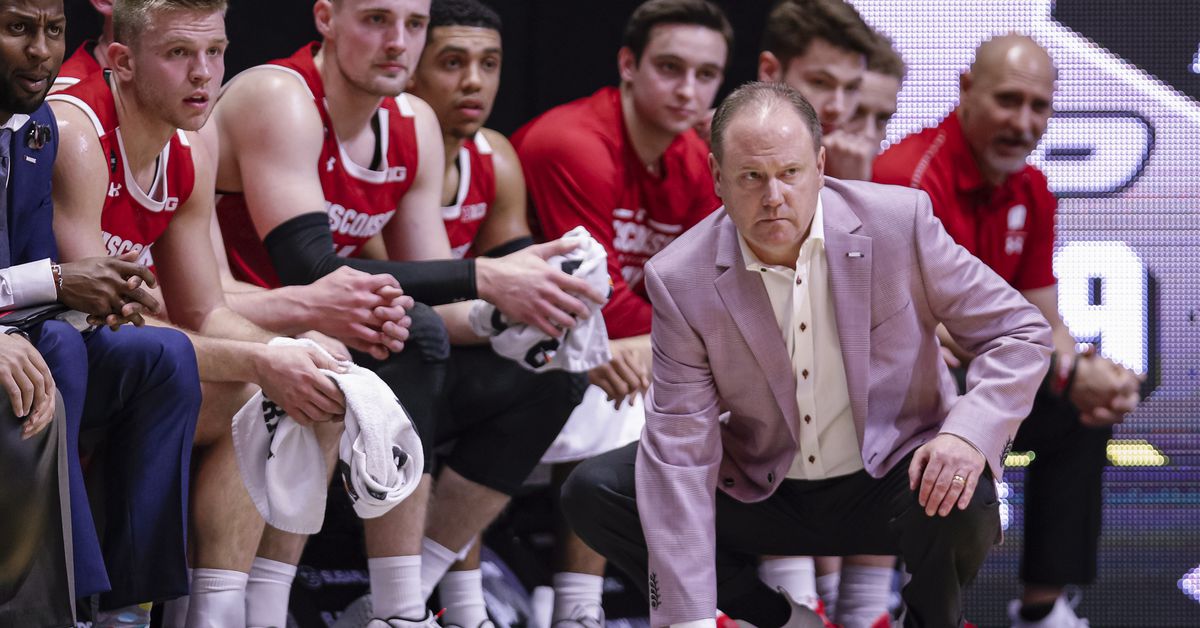 Let’s get this out of the way first: I don’t think Wisconsin should fire Greg Gard as the head coach of the Badgers men’s basketball team at the end of this year.

Now that we’ve go that out there on the table allow me to also say this: WHAT THE ACTUAL SHIT WAS THAT ON MONDAY NIGHT?!?!? With 7:13 to go in the game, D’Mitrik Trice hit a three to put the Badgers up 12. The Badgers didn’t score again until there was 1:47 left to go in the game.

THAT’S 5:26 WITHOUT SCORING A SINGLE GOD DAMNED POINT! This is a tweet I made as a joke in the first half because the Badgers went nearly five minutes without scoring a point…and then they did it again in the second half as an excellent callback.

Wisconsin basketball going scoreless between TV timeouts…a tradition like none other.

The Badgers, per usual, couldn’t handle the three quarters court press that Iowa implemented fully in the second half and I wish I could say that it was unpredictable but…I have references to the Badgers being terrible breaking any sort of press from December 2015 on my Wisconsin alumni text thread, which doesn’t even include the texts we all sent before we switched to WhatsApp.

Seriously, if a group of eight certified idiots who have been watching these games in various state of sobriety and then, years later, child wrangling are able to figure this out, how is it still such a problem every time it happens?

Iowa ended the game on a 23-5 run, after Wisconsin had a 92.1% win probability natch, which isn’t even the worst part of the second half. What takes the cake is the cheap play of Brad Davison. There are only so many times you can be in the wrong place at the wrong time before you are the person doing the wrong thing and I’ve reached that point with Davison.

Davison has now done something dirty like this against Marquette, Minnesota and Iowa and those are just the incidents I remember off the top of my head. If you put him in a Duke jersey and this would have been elevated to a war crime and you would have roundtable discussions about it on ESPN.

If you look at each incident in a vacuum you can probably do the mental gymnastics to explain each one away but the pattern that has developed is too much to ignore. Davison has a reputation as a hard-nosed, tough player but now you have to add “cheap” or “dirty” to his descriptors.

I don’t know what Greg Gard is going to do about this, but it needs to be addressed. Davison can not be running around drilling opponents in the beans. It is dangerous and it also cost the Badgers a chance to tie the game on Monday night.

We haven’t even mentioned what is happening with Kobe King! The native of La Crosse is apparently at odds with Gard and did not travel with the team to Iowa City while he dealt with a “personal matter” in Madison.

Gard and the team were both caught off guard by King’s decision which is baffling to me that no one had even a tiny inkling that King was upset. Here are D’Mitrik Trice’s comments on the situation.

Now, it is unfair to speculate on what is actually going on with King because none of us know, but this is not a good look for Gard, who would appear to not have a very good pulse of the team he coaches.

Greg Gard on Kobe King and whether they’ll have him going forward:

Wisconsin has the rest of the week off before hosting a Michigan State team that mopped the floor with them two weeks ago. The Badgers still have an NCAA Tournament caliber resume but they are going to have to start winning a couple more games if they want to be seriously considered for an at-large bid.