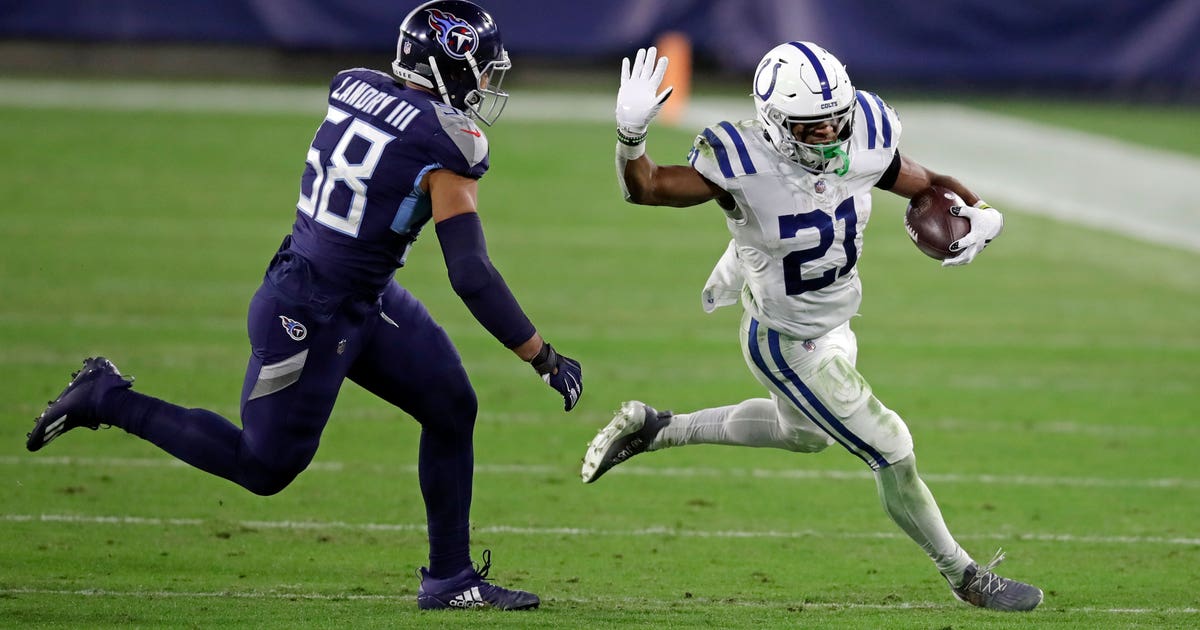 It’s difficult to sneak up on anybody in the NFL, given the attention the sport gets everywhere, yet the Indianapolis Colts have been something of a hidden secret at 6-3.

So, if you’re surprised to see them tied with Tennessee atop the AFC South, it’s excusable. Actually, after beating the Titans, the Colts hold the division tie-breaker at the moment.

Should they handle one of the NFL’s elite teams, the Packers, on Sunday, well, evaluations of the Colts will change from outsider to contender.

“We enjoyed the heck out of that win (at Tennessee). We were all excited,” quarterback Philip Rivers says. “That was a big win, but at the same time we know you just have to keep pushing. I refer to it as … it’s a week-to-week league. It’s what are you doing this Sunday?

“As excited as we are to put ourselves in position here after nine games, we know that our best football needs to be ahead of us, starting this week.”

Green Bay (7-2) is solidly in control of the NFC North and in strong position to pursue the conference’s top seed and lone playoffs bye. The Packers have only one future opponent that currently has a winning record, the Titans.

“I think every game is a measuring stick, and there’s ways we can look at every aspect of our matchup and use it to our advantage when critiquing ourselves or coaching up certain things,” Rodgers said. “Numbers are used to project things, but they’re also a reflection of performance.

“I think every week in the NFL, it’s about winning and it’s about execution. We’ve played great defenses in the past and done well, and we’ve played defenses that ranked really low and not done well. It just depends on the execution and how things match up on Sunday.”

UFC Real or not: Shevchenko vs. Nunes? Figueiredo's long reign?

Why Chiefs' Patrick Mahomes-to-Travis Kelce connection is the best of its...