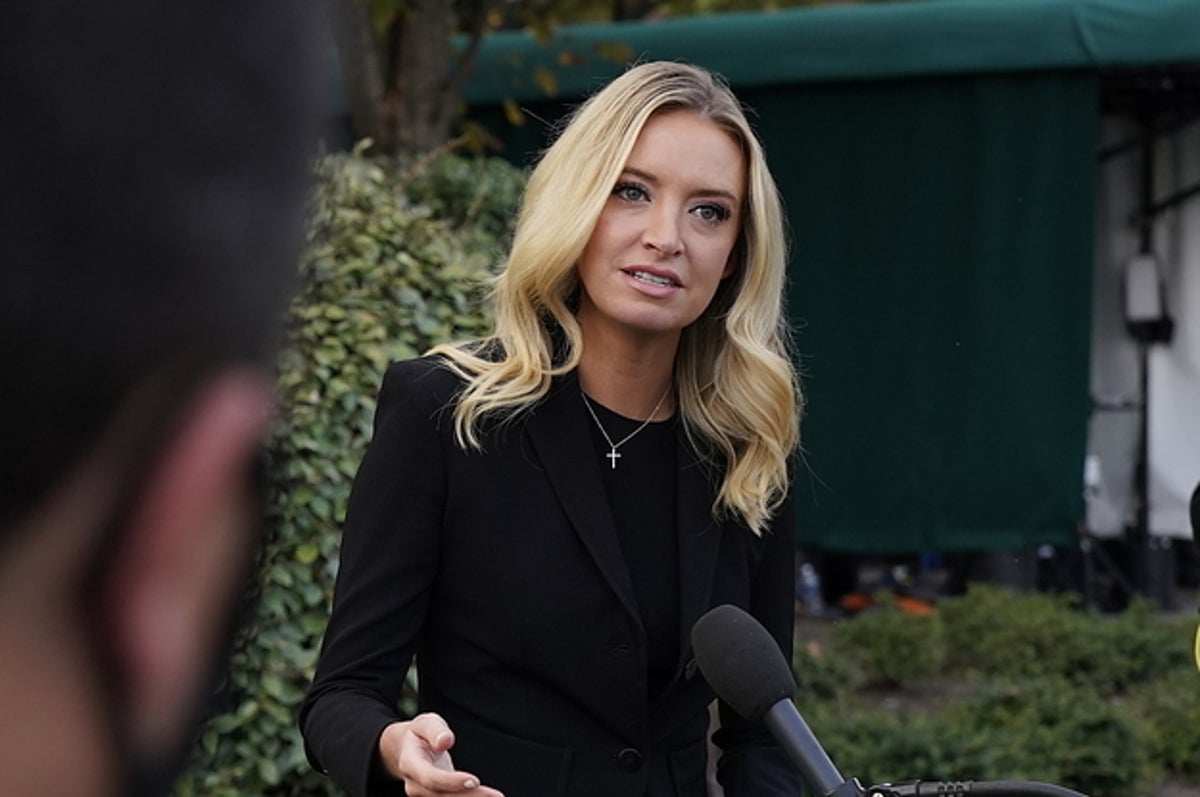 A day after she spoke to the media without wearing a mask, White House press secretary Kayleigh McEnany announced on Monday she has tested positive for the coronavirus.

Since Thursday, at least a dozen White House staffers and senior Republicans have now said they have contracted COVID-19, including the president, the first lady, and three senators.

“After testing negative consistently, including every day since Thursday, I tested positive for COVID-19 on Monday morning while experiencing no symptoms,” wrote McEnany in a statement posted on Twitter.

It can take several days after infection before someone tests positive for COVID-19.

According to multiple reports, White House press office staffers Chad Gilmartin and Karoline Leavitt were also confirmed to have the virus on Monday. The White House did not respond to a request for comment on McEnany’s deputies’ health.

In her statement, McEnany said she was not aware that Trump aide Hope Hicks had tested positive for the virus at the time she held an indoor press briefing with journalists last Thursday,

McEnany has also spoken to reporters outdoors frequently, including as recently as Sunday afternoon, while not wearing a mask.

“As of this moment we are not aware of additional cases among White House journalists, though we know some are awaiting test results,” said Zeke Miller, president of the White House Correspondents Association, in a statement Monday. For reporters exposed on Sunday, it could take several days before a positive test result appears.

The press secretary said she would begin the quarantine process.

The White House gathering on Sept. 26 to introduce Amy Coney Barrett as President Donald Trump’s nominee to serve on the Supreme Court has emerged as a likely superspreader event. McEnany also attended the ceremony, sitting behind Sen. Kelly Loeffler of Georgia. Gilmartin and Leavitt were also there, standing at the rear without masks.

President Trump remains at Walter Reed National Military Medical Center, where he is receiving treatment. His doctors are expected to brief the media on Monday.

First lady Melania Trump also said Monday that she is feeling good and continuing to rest at home.

Dispatches from a Pandemic: I’ve already been injected with a COVID vaccine. This is why I’m cheering for the Novavax underdog