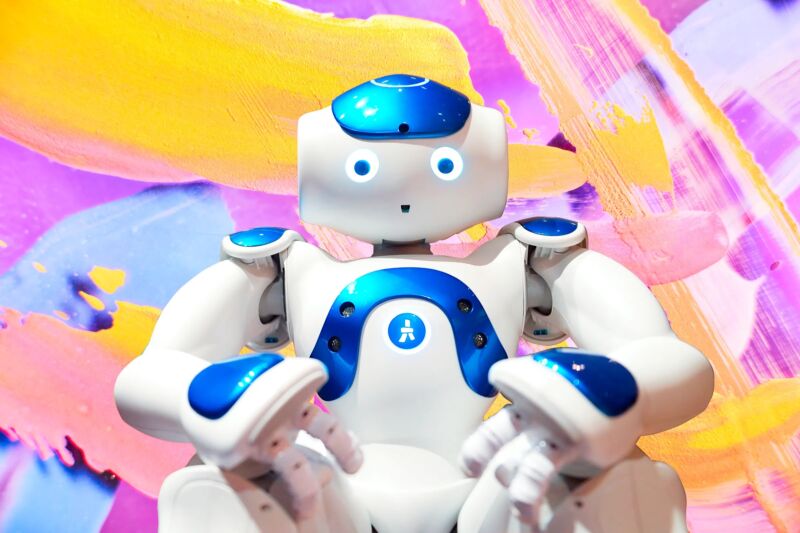 Last year’s CES in Las Vegas, Nevada, marked the last time for a long time many of us would be chatting face-to-face, exchanging invisible respiratory droplets, handling the same germy gadgets, and enjoying food and drinks in windowless restaurants.

This year, due to the ongoing pandemic, the annual CES takes place entirely on our computer screens. The first-ever completely remote staging of the consumer tech industry’s tentpole event starts on Monday, January 11.

Experiencing CES from afar poses some obvious challenges for those of us reporting on the show. We can’t stroll the nearly 3 million square feet of expo hall space or actually try the new products being showcased. But we’re going to do our best to give you our expert analyses of the tech fest this year, based on a whole bunch of virtual briefings and our collective dozens of years covering CES in the past. So fire up Zoom, strap on your VR headsets, and get ready to follow along.

On the upside, if you’d like to check out CES this year, there’s no need to spend money on registration fees, airfare, or lodging. You can watch all of the announcements and activities in your pajamas.

But there’s no doubt this year’s CES is scaled down. The Consumer Technology Association, which hosts CES, says that around 1,800 exhibitors will be a part of this year’s show. That’s fewer than half of the 4,400 exhibitors who showcased technology last year. The CTA also pointed out that, by being an all-digital event, “the show will be accessible to audiences around the globe” but declined to say how many people have actually registered for this year’s virtual CES. Last year, an estimated 170,000 people attended in person.

Some tech companies are opting out of CES this year or are trickling out product news on their own timetables. Amazon won’t have an official presence, though you can probably expect to see its Alexa voice assistant show up in hundreds of products. Google, which at recent CESes has put up massive Googley installations around Las Vegas, says it will host partner meetings but otherwise is bowing out of the show. Microsoft president Brad Smith will give a keynote address on tech being both a weapon and a tool—an especially relevant topic—but most Microsoft-related news at CES will be from its PC-manufacturer partners. Facebook and its Oculus division also won’t be participating. Instead, the company chose to tease its upcoming “smart glasses” in a blog post earlier this week. And most of the focus on Facebook right now, anyway, is its role in disrupting American democracy.

Samsung and LG Electronics will be hosting virtual press conferences and will give briefings on their new displays and home appliances. But it’s worth noting that Samsung is holding its annual Galaxy phone unveiling on January 14—during CES but not really a part of CES. We’ll also be keeping a close eye on Monday’s press conferences with Intel and Sony. And some of the keynote highlights include talks from the chief executives of General Motors, Verizon, and AMD.

So what new technology will we see virtually next week? There are some exciting things happening in TV land, WIRED’s Parker Hall says. The most stunning TV we’ve seen ahead of the conference is a new 110-inch MicroLED model from Samsung. (MicroLED is a relatively new display technology that uses tiny, nonorganic LEDs, three per pixel, and it’s supposed to offer perfect contrast.) More TV makers are pushing 8K screens too, including Samsung, LG, and Sony, as well as manufacturers of lower-cost sets like TCL and Vizio. And this may seem like a small thing, but many new TVs will ship this year with upgraded HDMI 2.1 ports—so that the new PlayStation 5 and Xbox Series X game consoles can run at their full 120-Hz potential on the displays.

Some TV manufacturers may hold off on making their announcements until spring, when most new TVs start to come to market. It’s just hard to drum up the same kind of hype for displays when you can’t show off an awe-inspiring OLED waterfall in person. And 8K displays come with the same caveat that 4K did just a few years ago: It will take a while for 8K content to become widely available.

CES usually presents a good opportunity to check out new laptop tech, even if we don’t see some of them ship until the fall. (Turns out, laptops are essential gadgets when you’re doing everything from holding down a job to homeschooling your kids during a pandemic.) You often hear “the PC is dead, the PC is not dead,” says Patrick Moorhead, founder and principal analyst at Moor Insights & Strategy. “But I’m seeing a lot of action in computing devices, particularly around the ACPC—the always connected personal computer.” That means we may finally start to see more ARM-powered PCs with cellular capabilities, so that if we are able to be “on the go” again in the future, we’ll always have a data connection.

WIRED’s Scott Gilbertson says this is also “the year of the AMD laptop.” From Chromebooksto high-end gaming machines, manufacturers are offering AMD models alongside the usual Intel-powered options. AMD’s Ryzen 3000 C-series chips—optimized specifically for Chromebooks—are arriving in new models later this year from Acer and other PC makers. Scott also says support for Wi-Fi 6 and better-looking displays with higher refresh rates will become standard in laptops in 2021, to keep up with the demands of modern games. And the whole WIRED Gear team is hopeful that laptop webcams will get a lot better in 2021. It’s an enhancement that’s long overdue.

Most of the major smartphone makers will host separate announcement events at some point in 2021, as they have for at least a decade now. But some of the mobile announcements made during or around CES will gesture toward lasting trends.

This year, we’ll likely see almost every phone manufacturer offer a 5G phone at a sub-$400 price, WIRED senior associate editor Julian Chokkattu tells me. Qualcomm has just announced 5G support on its Snapdragon 480 chip for low-cost phones. The result is that Qualcomm can now offer 5G across its entire range of phone processors, rather than just the higher-end chips. Of course, the wireless carriers will continue the conversation on building out 5G networks—expect to hear more about that during Verizon CEO Hans Vestberg’s keynote address Monday evening. Although Moorhead says not to expect any “swing-me-around-the-room announcements” around 5G.

Also coming later this year in smartphones, even if not announced at CES: more foldable, rollable displays; high-end Android phones running on the zippy Snapdragon 888 chip; support for the new Wi-Fi 6E standard; higher screen refresh rates; and, taking a cue from Apple, fewer phones that ship with charging adapters in the box.

If there’s another trend that has emerged in full force during the Covid-19 pandemic and is likely to stick around in 2021, it’s our obsession with our homes—working from them, working out in them, and freshening them up. Or, as senior writer Adrienne So puts it, “companies are betting that we’ll want to keep our carpets vacuumed, our abs toned, and our butts fresh.” (We might even see a commercialized version of a toilet that analyzes your poop.)

Companies like Samsung, Roborock, and Eufy will be revealing robot vacuums with eye-catching designs and new cleaning technologies at CES this year. Bathroom fixtures will get “smarter”—yup, more household appliances with Wi-Fi and Bluetooth chips jammed into them.

On the connected fitness side, most wearable makers are skipping CES this year, Adrienne says. But that means it may be a year where hardware innovation takes a back seat to software, with more emphasis on smart workout and recovery apps, AI-powered running coaches, and personalized training services, all running on the phone or smartwatch you already own.

And of course, where there’s a serious health crisis, there’s always a stab at tech solutionism: WIRED contributor Boone Ashworth says he’s getting plenty of pitches for high-tech cleaning gadgets. Think handheld air purifiers, antimicrobial screen protectors, and touchless sanitizing stations that disinfect while they show you ads. Some of these will be more legitimate than others, but it’s safe to wager that, for many of us, even after the pandemic ends, disinfecting things may be a lingering obsession.

We won’t be able to really capture the vibe of CES this year—the oddities, the novelties, the size and scale of the displays, the sleekness of the concept cars. Not to mention that the pandemic has had a devastating impact on Las Vegas’s tourism and hospitality industry, and the cancellation of massive events like CES will only add to the trauma. But the CTA says this year’s CES is not meant to replace or re-create an in-person trade show and that the organization “looks forward to returning to our home, Las Vegas, in 2022 and beyond.” I never thought I’d write this, but I’d look forward to returning to CES in Las Vegas sometime too.

This story originally appeared on wired.com.

Company paying $500 for someone to watch Netflix, eat pizza all day

Company paying $500 for someone to watch Netflix, eat pizza all...