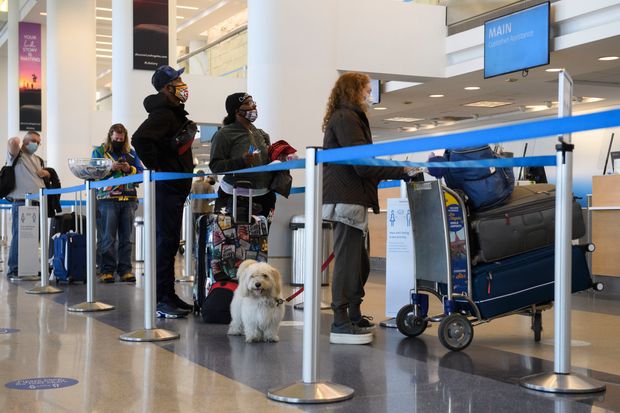 The CDC is urging Americans to reconsider traveling to visit friends and family for Thanksgiving gatherings.

The U.S. Centers for Disease Control and Prevention announced Thursday that it “strongly” recommends that Americans avoid traveling to see family members and friends over Thanksgiving.

“As we’re seeing exponential growth in cases, and the opportunity to translocate disease, or infection from one part of the country to another leads to our recommendation to, to avoid travel at this time,” said Dr. Henry Walke, CDC’s Covid-19 incident manager, during a briefing with reporters held Thursday.

“We’re alarmed,” he said referring to the 1 million new cases of the coronavirus reported over the past week, and the surge in hospitalizations nationwide. The U.S. also has reported more than 250,898 deaths from Covid-19 on Wednesday.

Before Thursday, the CDC had urged Americans to consider the risks associated with traveling and gathering with people that aren’t part of your household but did not explicitly advise against travel.

That said, some 50 million Americans are expected to travel, predominantly by car, from Wednesday, Nov. 25 to Sunday, Nov. 29, according to AAA. That’s only 5 million fewer Americans that traveled for the holiday last year.

Related: 16 ways to throw together a smaller, no-fuss Thanksgiving dinner at the last minute

Walke cautioned about the risk of transmission both due to the mode of travel and the need to pass through transportation hubs such as airports, bus and train stations and gas stations. “When people are in lines and waiting to get on the bus or get on the plane people tend to crowd together and can’t maintain their distance,” he said.

In addition to the updated recommendation against traveling, the CDC is also updating its definition of a household.

“If people have not been actively living with you for the 14 days before you’re celebrating they are not considered a member of your household and, therefore, you need to take those extra precautions, even wearing that within your own home,” said Dr. Erin Sauber-Schatz, CDC’s community intervention and critical population task force lead.

“There is reason for hope. We’re all excited about the news regarding a vaccine,”  Walke added on Thursday’s briefing. “But it’s not here yet. When it does arrive the mitigation steps will still be equally important in protecting ourselves, our loved ones and our fellow citizens.”

: Traveling to England for Christmas is back on. But it isn’t cheap

: Biden has the power to make the Consumer Financial Protection Bureau more aggressive — he has President Trump to thank

: Traveling to England for Christmas is back on. But it...

: Biden has the power to make the Consumer Financial Protection...

Winter Weather Advisory issued November 24 at 3:09AM AKST until November...

In One Chart: This chart shows traders are bringing forward their...