A shocking new study says that water is “common” on exoplanets, potentially changing how we look at planet formation and upending the search for extraterrestrial life.

Researchers from the University of Cambridge looked at data of 19 exoplanets and found water vapor on 14 of them. However, “the amounts were surprisingly lower than expected,” according to a release from the university. There was an abundance of potassium and sodium found on six other exoplanets, though amounts of other chemicals discovered were in line with expectations.

“We are seeing the first signs of chemical patterns in extra-terrestrial worlds, and we’re seeing just how diverse they can be in terms of their chemical compositions,” said project leader Nikku Madhusudhan in a statement. Madhusudhan first measured the low water vapor amount in giant exoplanets in 2014. 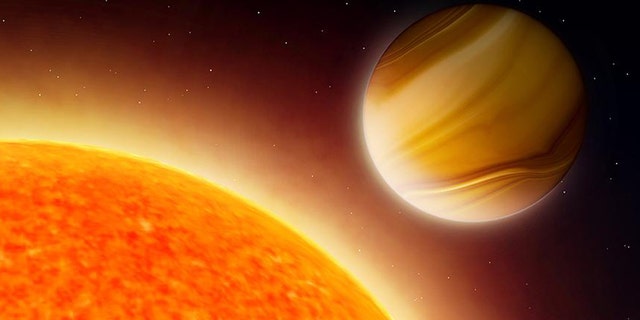 VENUS WAS LIKELY HABITABLE FOR 3B YEARS. THEN SOMETHING MYSTERIOUS HAPPENED.

The study, “Mass-Metallicity Trends in Transiting Exoplanets from Atmospheric Abundances of H2O, Na, and K.,” has been published in Astrophysical Journal Letters.

“It is incredible to see such low water abundances in the atmospheres of a broad range of planets orbiting a variety of stars,” Madhusudhan added.

Luis Welbanks, who worked on the research, said that measuring the chemicals on the exoplanets is a breakthrough.

“Measuring the abundances of these chemicals in exoplanetary atmospheres is something extraordinary, considering that we have not been able to do the same for giant planets in our solar system yet, including Jupiter, our nearest gas giant neighbor,” Welbanks said in the statement.

“Since Jupiter is so cold, any water vapor in its atmosphere would be condensed, making it difficult to measure,” Welbanks added. “If the water abundance in Jupiter were found to be plentiful as predicted, it would imply that it formed in a different way to the exoplanets we looked at in the current study.”

Water is one of the major building blocks of life as we know it, adding importance to the findings.

“Given that water is a key ingredient to our notion of habitability on Earth, it is important to know how much water can be found in planetary systems beyond our own,” Madhusudhan concluded.

In September, water vapor was detected in the atmosphere of the “super-Earth” K2-18b, 110 light-years from Earth. Scientists discovered what they believe is “a stable body of liquid water” on Mars, sitting below the planet’s southern polar ice cap, in 2018.