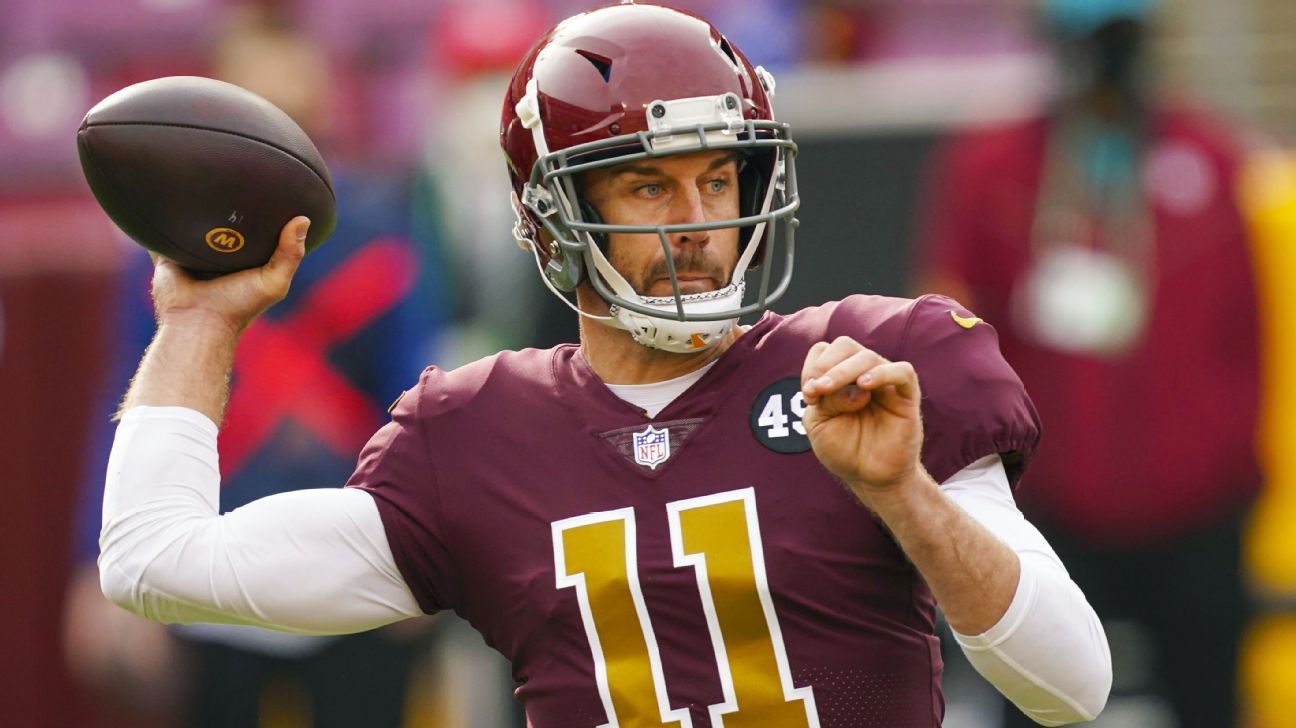 LANDOVER, Md. — Alex Smith proved he could make a roster, throw for a lot of yards and withstand a pounding. He can finally add something else to the story of his comeback from a gruesome leg injury: a win.

Smith won a game for the first time since Nov. 11, 2018 — one week before he broke the fibula and tibia in his right leg. Washington beat Cincinnati, 20-9, on a day in which Bengals quarterback Joe Burrow was carted off the field with a left leg injury.

It was Smith’s second start of the season, but his fourth appearance. And while his numbers didn’t pop as they had the past two weeks — when he threw for a combined 715 yards — Smith was his old self. He was efficient and effective.

He completed 17-of-25 passes for 166 yards and a touchdown. He did throw an interception on a pass that was tipped high into the air over the middle. But otherwise Smith was effective, which has been the hallmark of a career that has now seen him win 95 starts.

With the win, Washington moved within a half-game of the lead in the NFC East. Washington plays at the Dallas Cowboys on Thanksgiving Day. The team is tied with New York Giants at 3-7, but the Giants swept the season series and therefore hold the tiebreaking edge.

Smith did connect on one long throw, hitting Terry McLaurin on a deep pass down the middle for 42 yards. But for the most part, it was Smith doing what he’s done best in his career: moving the chains on short-to-intermediate throws.

He did find Steven Sims Jr. for a 3-yard touchdown pass where he needed to be patient. The receiver, running a crossing route, had plenty of open space, but he had to work through the middle. Despite the rush pushing him back, Smith was able to wait and connect for the score.

Smith has overcome a number of hurdles in the past few months. He had to win a roster spot and then a starting job. He accomplished the former, but only got the latter through a benching (Dwayne Haskins) and an injury (Kyle Allen). In his previous two outings, Smith piled up yards and led comebacks — from 17 and 21 down. But there were no wins.

Earlier in the week, Smith didn’t quite celebrate another milestone, but he did reflect on it — Wednesday was two years to the day that he was hurt.

“You just take a moment when you do to certainly appreciate everything about where we are, certainly as a family how lucky we are,” Smith said. “I’m grateful for so many things. Certainly, to be in this position again I didn’t think was ever possible for a long time. It is a good reminder to look around at how lucky you are, how lucky I am.”

‘There is some flexibility already built in,” Bruce Feldman on Big...