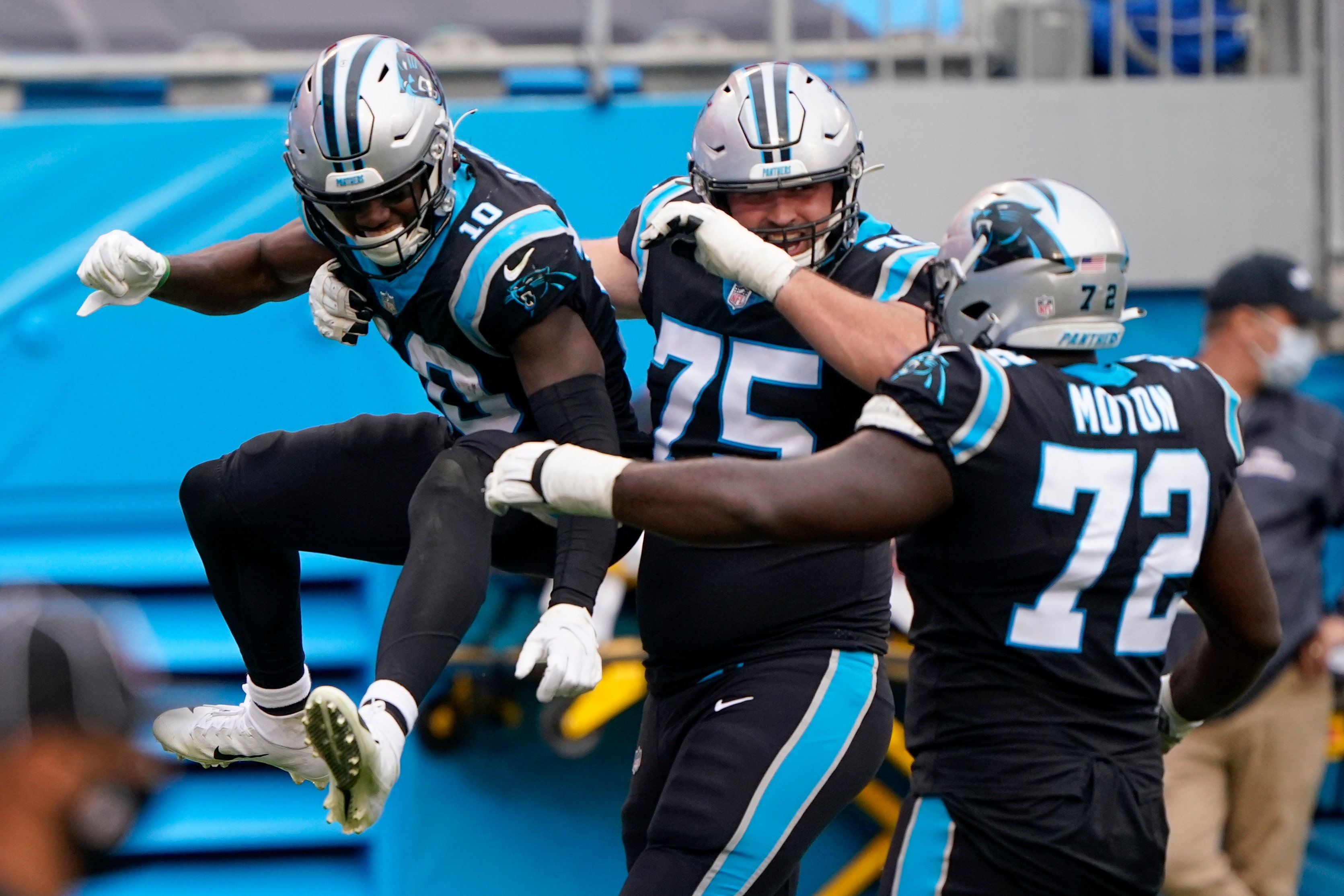 P.J. Walker was a third-string quarterback battling for a roster spot with the Colts 18 months ago when he received a strange call from his mother, Tamicha Drake. She said she had a dream that he was throwing touchdown passes and winning games for the Carolina Panthers.

Maybe she has a career as a fortune-teller.

Walker threw for 258 yards and a touchdown in his first NFL start Sunday and the much-maligned Carolina defense earned its first shutout since 2015. The Panthers snapped a five-game losing streak with a 20-0 win over the Detroit Lions.

“It’s crazy, because I didn’t envision my first start like this, my mom did,” Walker said. “` … She said, I had a dream you were playing for the Panthers.’ I was like, that’s weird because I’m in Indianapolis. But life has come full circle and her dream came true.”

His career path took a detour through the XFL, where he turned heads by throwing 15 touchdown passes as the Houston Roughnecks won five straight before the league folded due to the pandemic. He signed with Carolina after Matt Rhule, his coach at Temple, accepted the Panthers job.

Rhule made Walker the starter over Will Grier less than two hours before kickoff when Teddy Bridgewater was officially ruled out with a knee injury. Rhule said Bridgewater “prepared like a monster” and wanted to play, but he didn’t feel right playing him, especially given Bridgewater’s history of knee injuries.

Walker did some good and some bad.

He connected on a perfect 52-yard strike to D.J. Moore along with a well-placed 17-yard touchdown pass to Curtis Samuel. But twice Walker forced the ball into the end zone where he was intercepted.

“Those could have cost us the game,” Rhule said.

But not on Sunday — not with the defense playing the way it did.

One week after allowing 46 points to Tom Brady and the Buccaneers, the Panthers limited Matthew Stafford to 178 yards passing and sacked him five times. Detroit was limited to 40 yards rushing and was blanked for the first time since Oct. 18, 2009, Stafford’s rookie season — although he didn’t play in that game.

Stafford played despite a thumb injury that prevented him from taking a snap under center all week in practice. He said after the game that it didn’t bother him.

“It’s not fun to be a part of a game when we don’t score,” Stafford said.

Panthers defensive end Brian Burns, who had 2 1/2 sacks and spent most of the day in Stafford’s face, said the shutout was a little retribution for last week’s embarrassing loss.

“Last week we stunk up the field,” Burns said. “It opened our eyes to the fact that we needed to pay attention to details.”

Defensive coordinator Phil Snow allowed Burns to stand up and play some outside linebacker, which created one-on-one opportunities that he won.

“They had no idea where I was coming from,” Burns said. “They messed up their protections — a lot.”

Even when Stafford completed an apparent 51-yard touchdown pass to Marvin Jones, it was called back because of an illegal formation. And the normally reliable Matt Prater missed a 51-yard field goal early in the fourth quarter keeping Carolina’s shutout hopes alive.

“I go to work every day to try to earn my job,” Patricia said.

Carolina’s two biggest issues this season have been scoring points in the third quarter on offense and getting off the field on third down on defense.

They cured both Sunday.

Walker completed his first nine passes of the second half for 90 yards, including his first career TD pass to Samuel in the right corner of the end zone as the Panthers (4-7) scored a season-high 10 points in the third quarter.

Carolina’s defense, which was allowing opponents to convert a season-high 55.3% of third-down opportunities, limited the Lions to 3 of 14 on them.

Walker did a solid job of spreading the ball to his top three receivers. Moore had seven catches for 127 yards, while Samuel had eight grabs for 70 yards. Robby Anderson added seven receptions for 46 yards.

Mike Davis ran for 64 yards and a touchdown.

But the Panthers were in even worse shape injury-wise.

“Some guys were out, but some guys have to step up and play well in their spots,” Patricia said.

Lions: Cornerback Phil Ford left in the third quarter with a concussion.

Panthers: Guard Dennis Daley left in the second quarter with a concussion.

Lions: a short turnaround as they return home to face the Texans on Thanksgiving Day.

Panthers: face another NFC North foe at the Vikings on Sunday.

Instagram Thanksgiving study claims these are the most popular pies by state, but people have questions