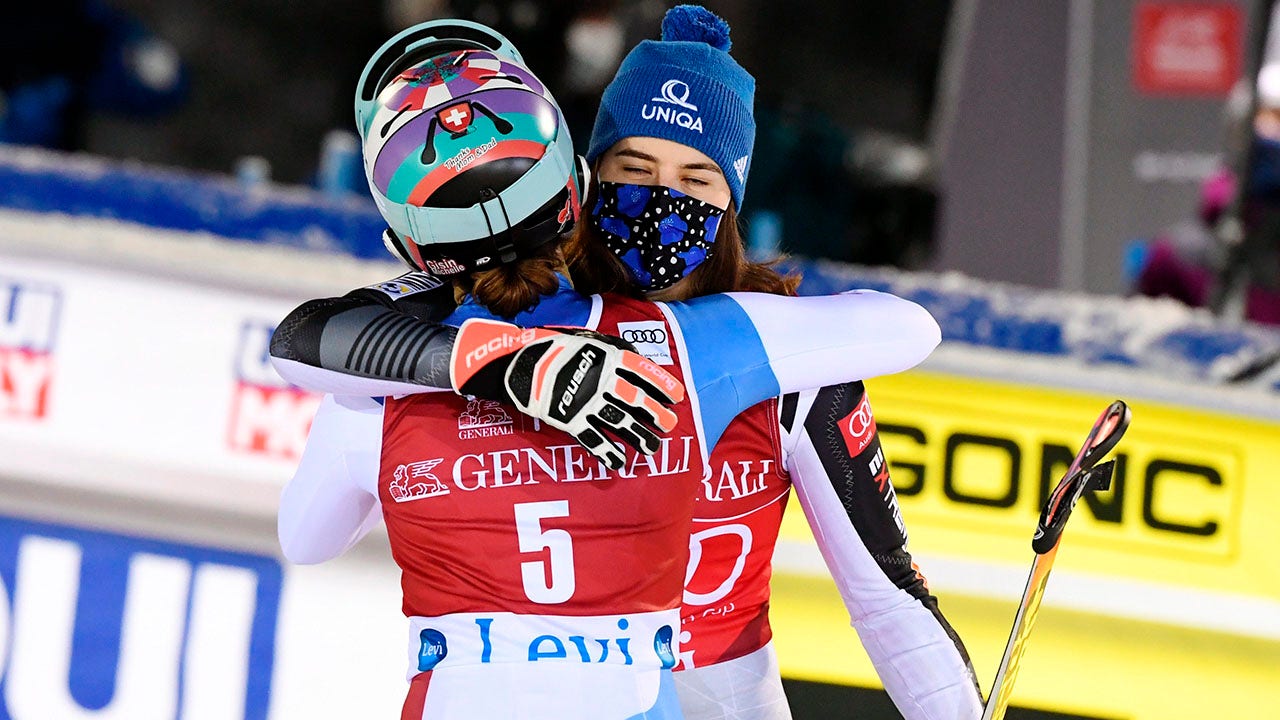 Vlhova and Gisin shared the lead after the opening run, but the World Cup discipline champion from Slovakia beat her Swiss opponent by 0.31 seconds in the final leg.

Katharina Liensberger of Austria was half a second behind in third.

In her second race after a 10-month break, and a day after coming runner-up to Vlhova, Shiffrin missed the podium in a slalom race for the first time in nearly three years.

On a course set by her coach Mike Day, Shiffrin struggled in the opening meters of her first run and trailed by nearly four tenths at the first split.

However, the American three-time overall champion matched the leaders’ pace for the remainder of her run and finished 0.37 seconds behind Vlhova and Gisin.

Shiffrin lost more than half a second on Vlhova in her final run and trailed by 0.93 at the end.

Shiffrin had been in the top three of every slalom she competed in since failing to finish an event in Switzerland in January 2018.

The U.S. ski team said Shiffrin was “feeling a bit lethargic” and “still trying to figure out how to manage her energy levels,” a day after her comeback to racing after 300 days away.

Coming into the weekend, the American had not raced since the death of her father, Jeff Shiffrin, in early February. The coronavirus outbreak and a back injury prevented her from an earlier return to the circuit.

While Shiffrin hasn’t won a slalom since triumphing in Lienz in December, Vlhova stepped in to keep their streak going — all 28 World Cup slaloms since January 2017 have been won by either Shiffrin, with 19 wins, or Vlhova, who has won all the races in the discipline in 2020.

Gisin, who is the Olympic champion in the combined event, has yet to win a World Cup race, but placing second Sunday was her best career result in slalom.

Gisin’s Swiss teammate, Wendy Holdener, was 0.79 behind in fourth.

Federica Brignone, the overall World Cup champion from Italy, was more than three seconds off the lead and finished 24th.

A limited number of spectators were allowed at the race.

The women’s World Cup continues with a parallel event in Austria on Thursday.

First place in AFC South up for grabs when Colts clash...

The world's now scrambling for dry ice. It's just one headache...