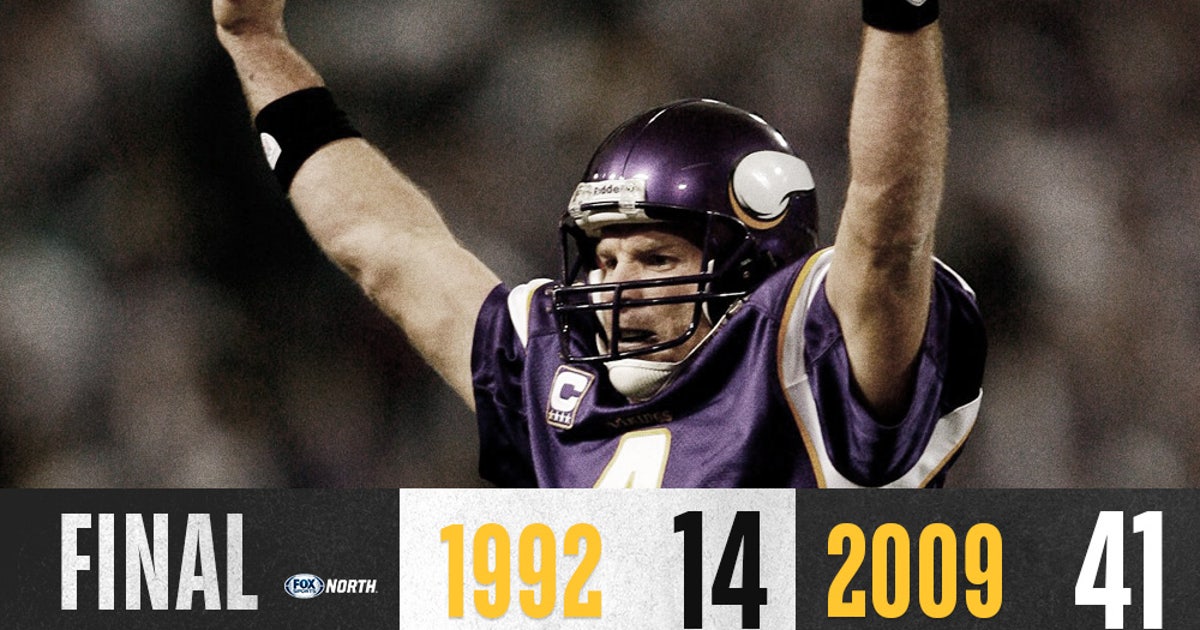 This just in: the 2009 Minnesota Vikings offense is a force to be reckoned with.

Adrian Peterson scored three total touchdowns to help the ’09 Vikings crush the 12th-seeded 1992 Vikings 41-14 in the first round of the Skol Bowl tournament.

The fifth-seeded ’09 Vikings fell behind early after touchdown passes from Rich Gannon to Hassan Jones and Jake Reed put the ’92 Vikings up 14-3.

After the ’09 Vikings brought it back to a one-score game, defensive end Jared Allen intercepted a Gannon pass with under two minutes to play in the first half.

Quarterback Brett Favre and the ’09 offense needed just 30 seconds to drive 51 yards down the field to take the lead for good on Peterson’s first score of the game, a 30-yard reception for six points.

The rout was on from there — ’09 Minnesota scored the final 38 points of the contest.

Peterson rushed 19 times for 95 yards and two touchdowns and also added two receptions for 38 yards and a score.

Favre took care of the football and threw for 290 yards and three scores on 19-of-28 passing.

Running back Terry Allen, who had his breakout season in 1992, turned 22 carries into 106 yards and had two touches go for 20+ yards.

But the ’92 Vikings couldn’t convert when it counted. The Gannon-led offense turned the ball over twice and went 0 for 3 on fourth-down conversions. A missed 41-yard field-goal attempt by kicker Fuad Reveiz in the third quarter didn’t help, either.

The ’09 Vikings will roll into the second round of the Skol Bowl with loads of momentum. Head coach Brad Childress will be preparing to face the winner of the fourth-seeded 1973 Vikings and the 13th-seeded 1987 team in the quarterfinals.

When did Roger Federer discover his dominance?

When did Roger Federer discover his dominance?

World Health Organization under the microscope: what went wrong with coronavirus?