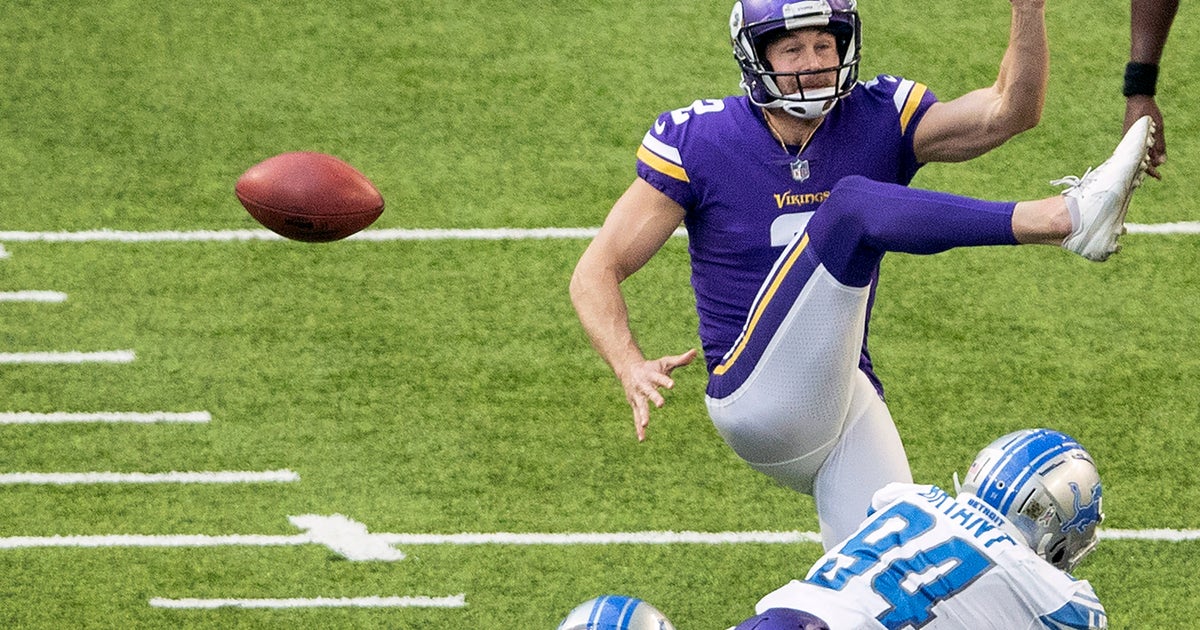 MINNEAPOLIS — The low moment of Minnesota’s most recent game at Chicago came at the opening of the second half, when former Vikings return ace Cordarrelle Patterson took the kickoff 104 yards for a Bears touchdown that triggered a sideline eruption by coach Mike Zimmer.

The recipient of the unvarnished feedback was special teams coordinator Marwan Maalouf, who could be forgiven if he’s been feeling stress lately. His units have been struggling, an issue that would be more pressing had the Vikings not played well enough on both offense and defense to win their last three games.

“He’s a passionate guy. I love his passion. With him, there’s no gray. I know what he likes, I know what he doesn’t like, and I respect that. I’ve worked for coaches like Zim for a long time, and I think that’s why I like being around him,” Maalouf said. “He’s going to help, too. He’s the first one to say, ‘OK, what do we need to do to get better? Do you need to use more veterans? Do you need to use this? Do you need more practice time? That’s the type of guy he is.”

No matter the source, all of Maalouf’s units could use a boost entering the game on Sunday against Dallas. Patterson’s game-changing return, which the Vikings overcame for a 19-13 victory, was the most glaring mistake.

Minnesota also botched an extra point try on a grounder from long snapper Austin Cutting and allowed a 32-yard punt return in the fourth quarter. Punter Britton Colquitt had two touchbacks. One came in the second quarter when rookie Dan Chisena lost his balance and failed to down the ball at the 1-yard line. The other was with about one minute left in the game when the defense could have used some extra cushion.

The week before against Detroit, Colquitt had two punts blocked.

The 64-year-old Zimmer was asked during his postgame video conference call with reporters if his special teams units were aging him every time they lined up.

“Yes,” was his succinct response, before ending the session.

The Vikings rank 23rd in the league in coverage of both punts and kickoffs, with averages allowed of 10.3 yards and 23.6 yards, respectively.

Since general manager Rick Spielman was promoted to his post in 2012 with full authority over the roster, the Vikings have used four draft picks on specialists, including Cutting in the seventh round in 2019. They also parted with a draft pick in an ill-fated trade for kicker/punter Kaare Vedvik, who was cut less than three weeks later. Chisena, a track star in college who switched to football halfway through his time at Penn State to become a wide receiver, staked out a roster spot this year solely for special teams.

Add it all up, and the Vikings aren’t getting what they need from these groups. The pandemic-shortened offseason didn’t help.

“Special teams is a phase where you really just have to just let loose and go,” Maalouf said, adding: “When you hesitate, stuff like that happens, so we have to just keep coaching up these young guys and keep improving.”

The Vikings ruled rookie right guard Ezra Cleveland out of the game on Sunday, meaning Brett Jones will likely become the fourth different player to start at that position in 10 games this season.

Cornerback Cam Dantzler (concussion) and tight end Irv Smith Jr. (groin) were listed as questionable to face the Cowboys. Dantzler has missed the last two games and Smith was out last week.

Fullback C.J. Ham was placed on the COVID-19 reserve list on Thursday, putting his availability for Sunday in question, but Zimmer said he has a chance to clear protocols in time to play.