The investigation into whether Virginia Gov. Ralph Northam appeared in a racist yearbook photo as a medical student cost his alma mater, Eastern Virginia Medical School, $368,000, according to invoices obtained through a FOIA request by Norfolk’s The Virginian-Pilot.

Northam originally apologized for appearing in the photo depicting a man in blackface and a man in Klu Klux Klan garb. When calls began to circulate for him to step down, he backtracked and said he did not believe it was him in the photo on his yearbook page.

His med school alma mater then launched an investigation to determine the identity of the men in the photo among other breaches of protocol that allowed the photo to be printed. They hired McguireWoods law firm to conduct the investigation. The firm spent 727 hours and reported an inconclusive determination of who appeared in the photo from 1984. Invoices reveal they charged the school almost $400,000. 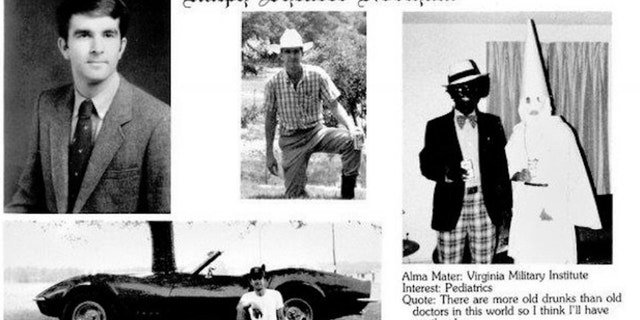 The school had been trying to determine who was in the photo, how the photo passed editorial standards to appear on the yearbook page and whether offensive material appeared in other yearbooks, according to a May report obtained by Fox News.

McguireWoods contacted more than 80 current and former EVMS students dating back to 1983 and interviewed 30, including current and former faculty, students and staff. They interviewed current presidents of the student body and student government association, as well as five members of the 1984 yearbook staff. The 36-page-report presented to the public on May 21, said there was not enough information to “conclusively determine the identity of either individual depicted in the photograph.”

Northam’s political action committee also hired a law firm to investigate the photo, which hired a biometrics and forensics company to perform a facial recognition test of the photo, but the company said it was “not of a quality for a comparison to be conducted.”

The report did reveal that EVMS president Richard Homan knew about the photograph while Northam was running for office and decided not to make it public.

The firm had tasked nine people with working on the investigation and billed the school between $265 and $575 per hour, according to The Virginian-Pilot. The work began three days after the photo surfaced, Feb. 4, and concluded on June 24.

Homan could not immediately be reached for comment, but he told the Washington Post in May the intent of the investigation was to “discover what, if any, administrative oversight was exercised.”

Northam, upon recanting his apology and saying he does not believe he appeared in the photo, admitted to darkening his face to dress up as Michael Jackson that same year. “You remember these things,” Northam said, according to the report. He also said he was slim when he was young, and the person in the photograph is thicker than Northam remembers being. The man in the photograph is holding a beer in his right hand, and Northam claimed he would usually hold a beer in his left hand.