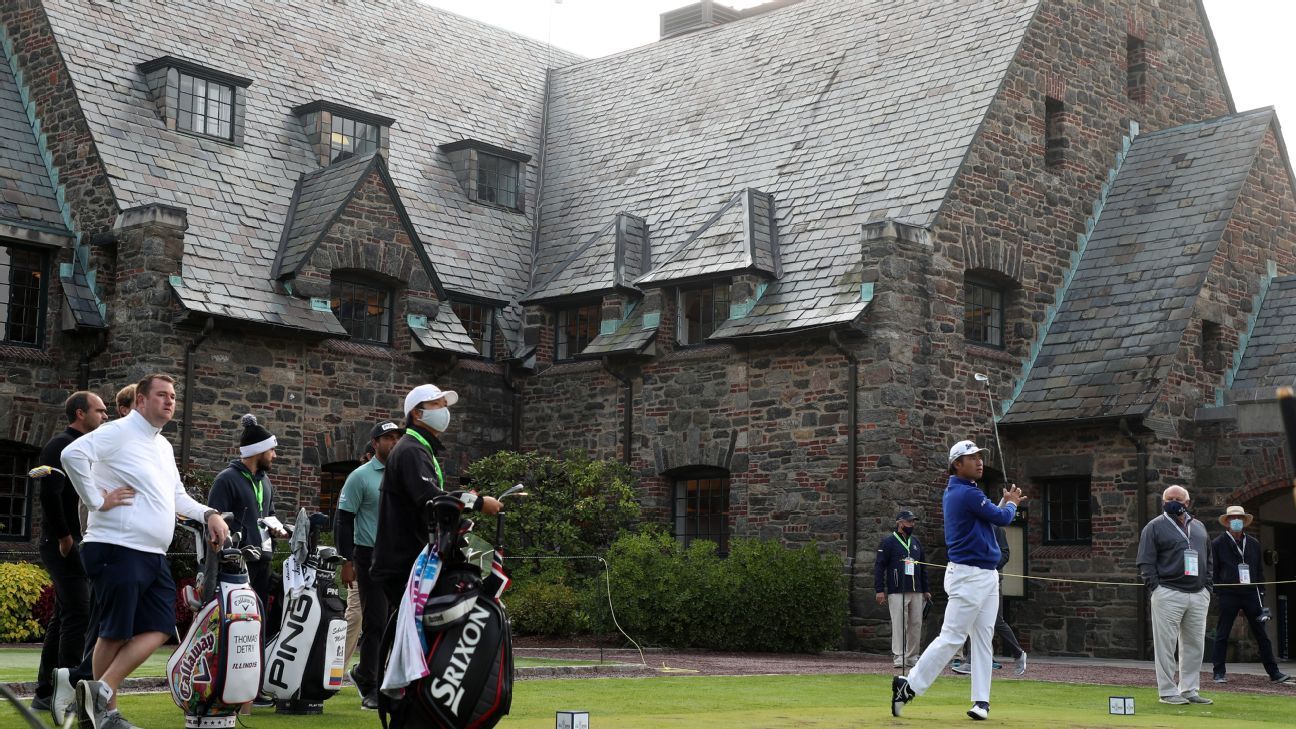 MAMARONECK, N.Y. — The USGA knows the reputation it is combating and admitted that this week for the U.S. Open at Winged Foot it might find some spots here and there to give the players a break.

“We kept looking at ways [to] make the golf course a little bit easier because this is such a great test,” USGA CEO Mike Davis said Wednesday on the eve of the first round of the year’s second major. “It puts the premium on everything.”

That said, the USGA has no plans to allow the low scores that have been seen across golf since the sport returned from a three-month shutdown due to the coronavirus.

And for any players who don’t like it, Davis has a simple message: Don’t complain.

“When you think about some of the great U.S. Open players of all time — Bob Jones, Ben Hogan, Jack Nicklaus, Tiger Woods — you never heard them complain,” Davis said. “They accepted the challenge. They knew — in fact, in some ways, they knew when others were complaining, it gave them an advantage.

“Part of the lore of a U.S. Open is it’s a very tough golf course, hopefully set up in a fair but a stern manner.”

So far, the players have not voiced much criticism, saying only that this is one of the world’s most challenging golf courses. But Davis also knows that when play begins before 7 a.m. local time Thursday morning, things could change.

“The players haven’t put a pencil in their hand yet, so we’ll wait and see,” Davis said.

That the event is here at all is a bit of a surprise. In March, New Rochelle, one town over from Mamaroneck and Winged Foot, was among the early coronavirus hot spots. A 1-mile radius — called a “containment zone” — was established with the help of the National Guard in an effort to stymie the spread of the virus. Later, a date early enough on the calendar that would allow golf to be played on the East Coast did not seem like an option.

“We thought we were going to be playing the U.S. Open in December in Los Angeles,” Davis admitted Wednesday for the first time.

In April, golf announced its revised schedule. The PGA Championship would remain at TPC Harding Park in San Francisco in August. The Masters would be held in November at Augusta National. The decision of the R&A to cancel The Open at Royal St. George’s in Kent, England, gave the USGA its opening to stay at Winged Foot.

“It really wasn’t until the day before we went public with the schedule that we realized that [The Open] couldn’t be played in September, which gave us an opportunity to play in September at this wonderful, storied golf course,” Davis said.

With the event here and ready to tee off, the question is what kind of challenge will await? Only Fuzzy Zoeller and Greg Norman have ever posted 72-hole scores under par; both shot 4-under 276 in 1984, with Zoeller winning in a playoff.

The last time the event was at Winged Foot, in 2006, Geoff Ogilvy posted 5 over to outlast Phil Mickelson and Colin Montgomerie for his lone major championship victory. In 1974, in what has been called “The Massacre at Winged Foot,” Hale Irwin won with a 7-over 287 for the first of his three U.S. Open triumphs.

Rory McIlroy arrived here this week knowing the history — of the USGA and of the golf course — and wondered what would be awaiting the players.

“It’s hard, obviously, but I think it’s very, very fair,” McIlroy said. “When I played Oakmont for the first time, my initial reaction was, this place is impossible. This course doesn’t feel quite as … it gives you a little more chance.”

In the past, the USGA has faced heavy criticism for going to extremes to make the venues difficult in an effort to keep the winning score around even par.

“I don’t think the USGA is going to get too crazy,” defending champion Gary Woodland said. “The golf course is hard enough.”

Tiger Woods, who has won this event three times agreed. Still, he made a point to say that what happens over the next four days is still in the hands of the USGA.

“It depends on how difficult they want to set up these pins to give us a chance at it,” Woods said.

What is almost assured is that the winning score will not look like the others produced since golf’s restart. All but two events since the return in mid-June have seen winners post 10 under or better, four have had 20 under or better. At the Northern Trust, the second event of the three-week, season-ending FedEx Cup playoffs, Dustin Johnson posted a winning score of 30 under.

“It’s hard, so it’s a different kind of fun, but it is fun,” he said. “There’s going to be a lot of high scores, but there will be some good scores,” he said. “There will be some under-par scores. If it got firm, got fast, got windy and they put pins where they shouldn’t be, then, yeah, it would be stupid. So it really just all depends on how the golf course is set up.”

Chris Rock reveals learning disorder that affects how he communicates

Playoff schedule, bubble locations and how to watch every postseason game

When will Premier League, La Liga and Serie A allow fans...