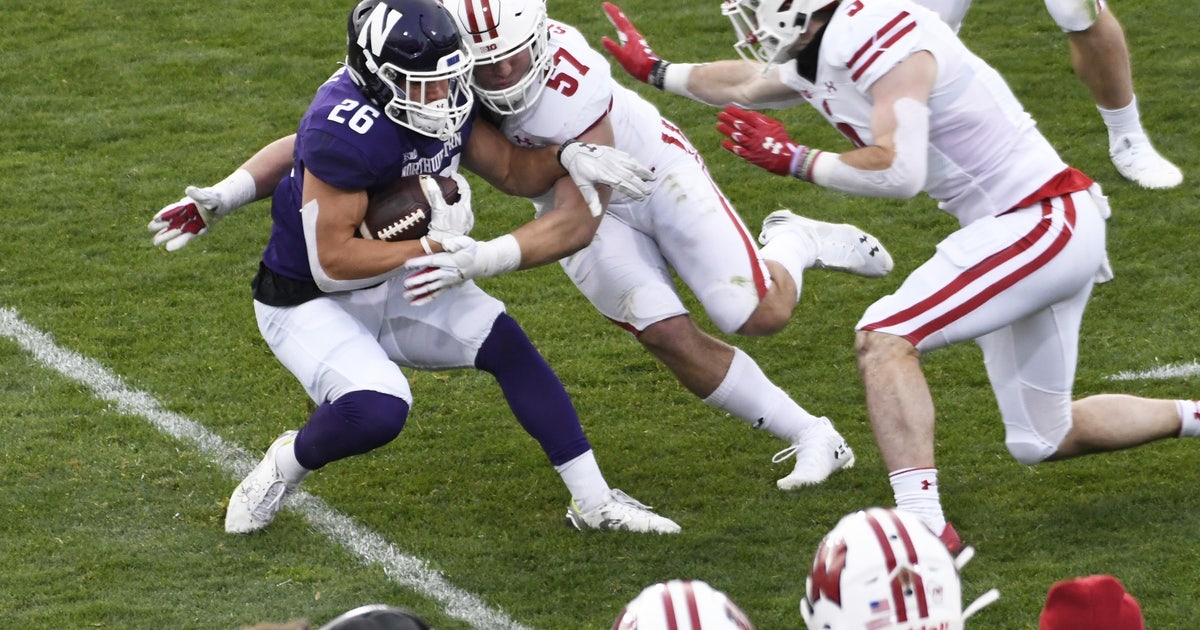 Let’s get this out of the way right at the top: The referees made some perplexing, curious and downright confounding calls in Wisconsin’s game at Northwestern, especially on the Wildcats’ first touchdown drive.

But to blame the Badgers’ 17-7 defeat on the men in the striped shirts is ignoring everything else which happened in the game.

There were some bright spots. The defense played well, for the most part. Andy Vujnovich had a few good punts. Freshman Jalen Berger rushed for 93 yards on 15 carries, although just 29 on seven rushes in the second half.

But this game was more about Wisconsin’s inefficiencies.

Playing without its top two wide receivers – both Danny Davis and Kendric Pryor were listed as out on gameday – Wisconsin’s offense struggled to move the ball all day. And when the Badgers did get things going, it shot itself in the foot with penalties – UW had three false starts despite it being a nearly empty stadium – or turning the ball over, which it did seven times – three on interceptions, twice on fumbles and twice on downs.

The Badgers had two drives which lasted more than seven plays – one was nine plays for 20 yards and the other eight for 43 – both ended with Wisconsin failing on a fourth-down play. Wisconsin didn’t have one play in the red zone.

Other than the lone touchdown – a 49-yard pass to Chimere Dike – Wisconsin averaged 3.91 yards per play.

There were also some interesting coaching decisions, such as punting on fourth-and-3 from the Northwestern 36 and, down 14-7, foregoing a field goal and going for it on fourth-and-6 from the 23 only to see the Wildcats blitz and sack quarterback Graham Mertz.

That’s just not going to get it done, no matter what flags the refs throw.

Here’s a recap of Saturday’s game:

PLAYER OF THE GAME

The defense deserves credit in this one – Northwestern had just 263 yards including a paltry 24 on the ground, averaging 3.9 yards per play. Inside linebacker Jack Sanborn led the way with 14 tackles, 10 solo. Nine of his stops were for 2 or fewer yards. Another was for four yards on a second-and-9 (and he got a sack on the next play) with another a five-yard gain on third-and-11.

DON’T FORGET ABOUT ME

Fellow inside linebacker Leo Chenal was second on the team with six tackles but where he made noise was getting pressure on Northwestern quarterback Peyton Ramsey. Chenal had five quarterback hurries, the most for a Badgers defender since Joe Schobert had five against Iowa on Oct. 3, 2015. The only other player to have four QBH since 2009 was Chris Borland, with four vs. Michigan State on Sept. 26, 2009. No one had more than three QBH in a road game in that span until Chenal on Saturday.

Despite this being a ragged game, there are a few notable moments. The biggest play probably occurred late in the second quarter with the score tied at 7. Wisconsin got the ball at its own 37 following a short punt and moved to midfield. On third-and-8, Jack Dunn was open but Mertz threw too high and it was intercepted. Northwestern took over from its own 28 with 2:15 to play but threw the ball downfield in just 1:19, culminating in a 25-yard touchdown catch, the fourth completion of 12+ yards on the drive. Potential points for Wisconsin turned into a lead for Northwestern. It was the pivotal turnover for Badgers and the biggest dive of the game for the Wildcats because Wisconsin had no answers in the second half.

5 – number of Wisconsin turnovers. Make no mistake, it’s a lot. Even though Northwestern only scored seven points off them (see above), giving the ball up obviously is not good for the offense. It’s also not a recipe for winning. Entering Saturday, FBS teams were 1-11 when turning it over 5+ times in 2020. It was the first time the Badgers had five turnovers in a game in exactly five years – Nov. 21, 2015 in a game against, yes Northwestern (best known as the Jazz Peavy non-touchdown game).

“We got to play better. Obviously when you turn the ball over the numbers of times we did, it makes it harder. … We didn’t do the things to sustain drives.” — Chryst

“I don’t know there’s many quarterbacks that don’t go through those highs and those lows and you have to continue to work through trying to be consistent when things are going well and when they’re not going well.” — Chryst on Mertz

“Those are tough calls to be made. That’s why we’re not referees. … I questioned some of them, but that’s all I really have to say about that. We can’t fight for it. They do what they needed to do and that’s the results that we had.” — safety Eric Burrell

“I’m excited to see where this team takes the next step. It’s going to be a great team from here now on. We’re going to learn from it tomorrow, we’re going to flush it and we’re going to keep the Axe.” — Mertz

There’s no time to pout for Wisconsin as the Badgers host rival Minnesota on Saturday at 1 p.m. for Paul Bunyan’s Axe. After losing to the Gophers for the first time in over a decade in 2018, Wisconsin upended Minnesota last season 38-17. The Gophers began the season 1-3 but are coming off a big 34-31 victory over Purdue.