LOS ANGELES — The prestigious University of California system has reached a proposed $73 million settlement with seven women who accused a former gynecologist of sexual abuse.

As part of the class-action lawsuit, more than 6,600 patients of Dr. James Heaps could receive part of the settlement — even if they have not accused the former University of California, Los Angeles, gynecologist of abuse.

A federal judge must approve the deal between the seven plaintiffs, representing thousands of Heaps’ patients, and the University of California regents and the doctor. The proposed agreement, which includes several mandated reforms at UCLA, was filed Monday in federal court.

Patients have accused Heaps of sexual assault and sexual misconduct between 1983 and 2018, when he worked at the UCLA student health center and UCLA Medical Center. Accusations include making sexually inappropriate comments to patients, touching women sexually during exams without wearing gloves and simulating intercourse, often roughly, with an ultrasound probe. 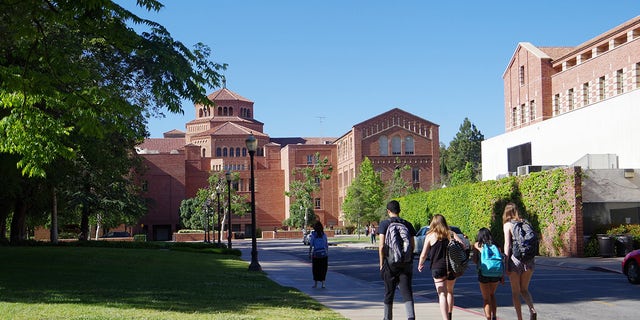 The settlement is separate from criminal charges against Heaps, 63, whose medical license has been suspended by court order as that case moves forward. He’s has pleaded not guilty to the charges involving seven women and denied wrongdoing. He is due back in state court on Dec. 7.

Some of his former patients have come to his defense, saying he never acted improperly during their medical appointments.

The proposed settlement is the latest agreement to give payouts to thousands of patients of male doctors who are accused of sexual assault and sexual misconduct. A federal judge approved a $215 million settlement for 18,000 women who were patients of a former gynecologist, Dr. George Tyndall, at the University of Southern California, a private university also in Los Angeles.

EX-PATIENTS OF UCLA GYNECOLOGIST ACCUSED OF SEXUALLY ASSAULTING THEM ARE ‘A VOICE FOR MANY,’ LAWYERS SAY

Heaps’ attorney did not immediately return a request for comment.

UCLA has said its investigation into the gynecologist began in December 2017, though officials did not alert the campus community of the allegations until Heaps was in court last year. He retired in 2018 when UCLA declined to renew his contract.

“The incidents described in the lawsuit reflect alleged conduct that is contrary to our values,” UCLA Health said Monday in a statement. “We thank the individuals who came forward and hope that this settlement – which is still subject to court approval – is one small step forward for the patients involved.” 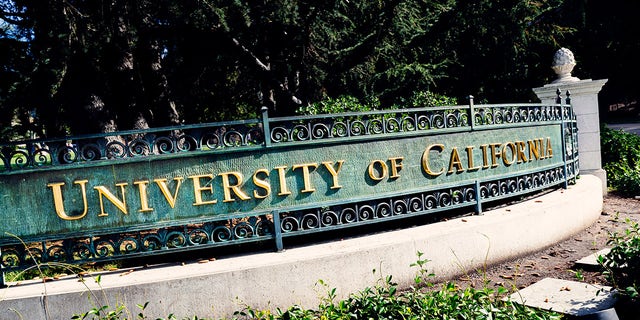 University of California entrance sign on the corner of Oxford Street and Center Street at Berkeley, California. (iStock)

More than 200 women contacted UCLA after Heaps was arrested in June 2019 to report their experiences with the doctor, according to the settlement. UCLA has identified about 5,000 patients who were previously under Heaps’ care and estimate that an additional 1,600 women were treated by him but that their records no longer exist at the university. They are all covered under the settlement.

The agreement does not require Heaps to admit wrongdoing or contribute toward the $73 million, though he signed off on the settlement.

UCLA said it will implement a new process for investigating allegations of sexual assault, harassment and misconduct, as well as institute a formal chaperone policy. Other reforms stipulated in the settlement include training on boundaries, advertising of patient reporting options, compliance monitoring and investigations into potential misconduct allegations as medical staff are credentialed.

The patients’ payouts begin at a guaranteed minimum of $2,500, regardless of whether the women accused Heaps of harassment or assault.

“In our view, these women were still put in harm’s way and deserve compensation on those grounds,” said Elizabeth Kramer, one of several attorneys representing the victims. “We don’t have a way of knowing every single woman who would allege sexual misconduct by Dr. Heaps.”

One of the lawsuit’s plaintiffs, known as E.F. in the lawsuit, had been seeing Heaps regularly for several years when she said his conduct changed and he touched her breasts sexually and made inappropriate comments in a 2014 appointment. 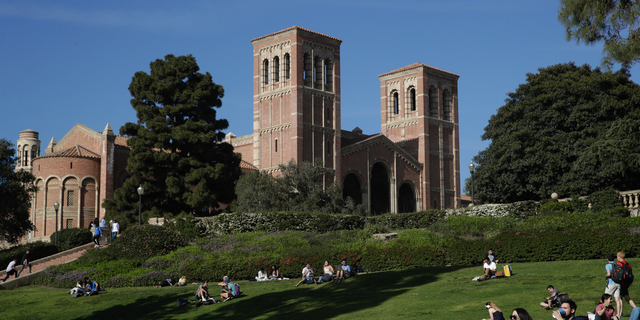 Students sit on the lawn near Royce Hall at UCLA Thursday, April 25, 2019, in the Westwood section of Los Angeles. (AP Photo/Jae C. Hong)

During a 2016 visit to his office, she said Heaps touched her sexually during a pelvic exam. She shifted her body and looked at him in disgust, court documents say, and he smirked and left the room.

“I knew in my gut that something was wrong,” she told The Associated Press, which does not identify victims of sexual assault. “I was completely violated. It was that simple.”

E.F., now 49, did not report her allegations to UCLA or law enforcement. She decided to come forward as a plaintiff in the lawsuit to set an example for her teenage daughters and be a part of pushing UCLA to enact reforms.

When it is time for her daughters to visit gynecologists, “I want to know that they’re safe,” she said.

Patients can seek amounts of $250,000, or higher in certain cases. A panel of experts will decide how much each patient is paid based on her experience.

The $73 million does not include attorneys’ fees or litigation expenses. UCLA will pay those separately.

More than 100 of Heaps’ former patients have filed individual lawsuits. University of California regents have settled at least two, while others are ongoing.

Last month, Gov. Gavin Newsom approved a measure allowing a one-year window — all of 2021 — for victims to file legal claims against Heaps and UCLA that could otherwise have been too late under an existing statute of limitations.