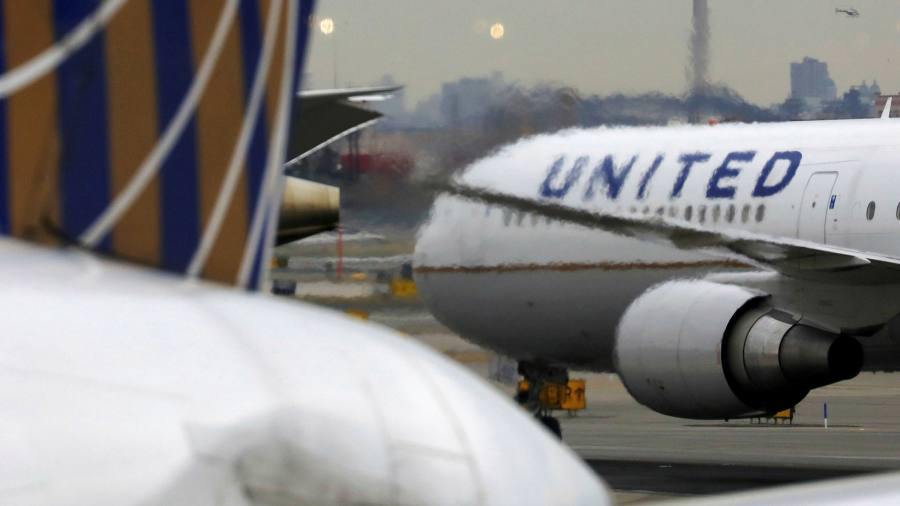 United Airlines plans to involuntarily furlough 16,000 employees on October 1, a day shaping up to be one of the darkest in history for the workforce of the US airline industry.

The date is the first after the expiry of government protections linked to the federal bailout of the industry earlier this year.

The number of expected furloughs put out by United on Wednesday is sharply lower than the 36,000 warning notices the Chicago company sent to employees in July. Thousands of workers had embraced voluntary departure programmes, both permanent and temporary, since then, the company said.

United employed 96,000 people at the end of 2019 but chief executive Scott Kirby has been signalling since March that the airline will have to shrink because of the pandemic. Executives are still working out exactly how many people will work there after October 1.

Demand for air travel has risen since the crushing lows registered in March and April, but it remains a fraction of 2019 traffic. The US Transportation Security Administration said 516,000 passengers passed through checkpoints on September 1, down 75 per cent from a year earlier.

“In an environment where travel demand is so depressed, United cannot continue with staffing levels that significantly exceed the schedule we fly,” United said in a memo to employees. “Sadly, we don’t expect demand to return to anything resembling normal until there is a widely available treatment or vaccine.”

Flight attendants will be disproportionately affected, comprising 42 per cent of those being involuntarily furloughed. Demand for international flights, which requires the highest numbers of flight attendants, has fallen more steeply than for domestic travel and industry watchers expect it to recover most slowly.

The airline has said it anticipates furloughing 2,850 pilots, but that number has not been finalised since talks with its pilots union are continuing.

Unions and airlines are heavily lobbying the US Congress for billions more dollars in financial aid. The US Cares Act signed in March provided airlines $50bn through a combination of grants and low-interest loans, with half of that money meant to guarantee airline payrolls.

Unions want the Payroll Support Program extended to March 31 next year but the effort is stalled, along with talks on a broader second stimulus bill.