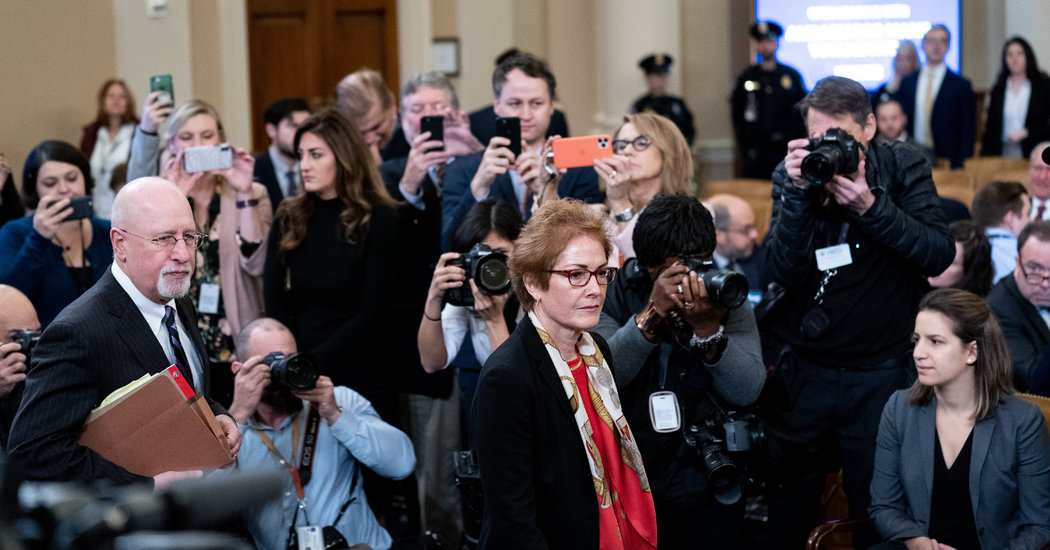 The police in Ukraine have opened a criminal investigation into whether allies of President Trump had the United States ambassador to the country under surveillance while she was stationed in Kyiv, the Ukrainian government said on Thursday.

Democrats in the House of Representative on Tuesday revealed text messages to and from Lev Parnas — an associate of Rudolph W. Giuliani, the president’s personal lawyer — pointing to surveillance of the ambassador, Marie L. Yovanovitch, just before Mr. Trump’s impeachment trial in the Senate was scheduled to begin.

Mr. Parnas was involved in a campaign, led by Mr. Giuliani, to pressure the Ukrainian government to investigate former Vice President Joseph R. Biden Jr., a Democratic presidential candidate; and his son Hunter Biden over the younger Mr. Biden’s lucrative time on the board of a Ukrainian gas company, Burisma.

Also on Thursday, Ukraine said it had asked the F.B.I. for help investigating the reported penetration of Burisma’s computer systems by hackers working for Russian intelligence.

As part of the pressure campaign against Ukraine, Mr. Trump’s allies were trying to have Ms. Yovanovitch, who was seen as an impediment, removed from her post. Mr. Trump recalled her last spring.

Last March, an exchange between Mr. Parnas and another man, Robert F. Hyde, indicated that Mr. Hyde was in contact with people who were watching Ms. Yovanovitch.

“They are willing to help if we/you would like a price,” one message from Mr. Hyde read.

Mr. Parnas said in a televised interview on Wednesday that he had not taken Mr. Hyde’s offer seriously.

Mr. Hyde told the Sinclair Broadcasting host Eric Bolling in a television interview on Wednesday that he was “absolutely not” monitoring Ms. Yovanovitch. He said he was under the influence of alcohol when he sent his messages to Mr. Parnas.

The State Department did not reply to a list of questions about the text messages, surveillance of Ms. Yovanovitch, or Secretary of State Mike Pompeo’s knowledge of the matter and role in her ouster.

The Internal Affairs Ministry of Ukraine said in a statement released on Thursday that the country “cannot ignore such illegal activities” on its territory. “After analyzing these materials, the National Police of Ukraine upon their publication started criminal proceedings,” the statement read.

“Our goal is to investigate whether there were any violations of Ukrainian and international laws,” the ministry added. “Or maybe it was just bravado and fake conversation between two U.S. citizens.”

Harry and Meghan will no longer use ‘His and Her Royal Highness,’ Buckingham Palace says – CNN

'The decade that ushers in new freedom': Women's March draws thousands across US