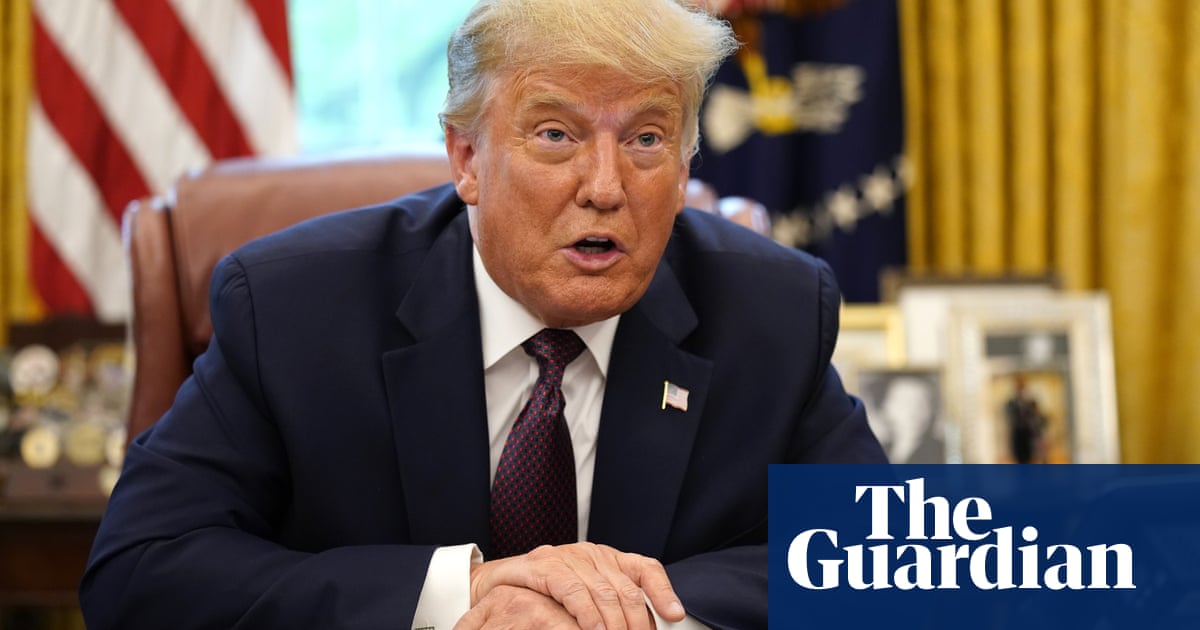 Fox News broadcast an interview on Saturday night in which Donald Trump without any evidence accused Joe Biden of taking drugs to get him through debates.

“I think there’s probably – possibly – drugs involved,” Trump told Jeanine Pirro. “That’s what I hear. I mean, there’s possibly drugs. I don’t know how you can go from being so bad where you can’t even get out a sentence … ”

Trump did not finish his own sentence, but he went on to say he was referring to the Democratic presidential nominee’s hesitant performances in early primary debates, before his surge to victory on the back of a win in South Carolina.

“You saw some of those debates with the large number of people on the stage,” Trump said. “He was, I mean, I used to say, ‘How is it possible that he can go forward?”

According to the president, Biden won the nomination because the progressive vote was split.

“And he only won because Elizabeth Warren didn’t drop out,” he said. “Had she dropped out Bernie [Sanders] would’ve won Super Tuesday, every state, and you would’ve had Bernie instead of Biden.”

Trump’s claim came not long after his oldest son, Donald Trump Jr, denied claims he used cocaine before speaking at the Republican convention. Remarkably enough, it was also not the first time Trump, 74, has accused Biden, 77, of taking drugs. Speaking to the Washington Examiner last month, the president said: “We’re going to call for a drug test, by the way, because his best performance was against Bernie [in the final debate] … It wasn’t that he was Winston Churchill because he wasn’t, but it was a normal, boring debate. You know, nothing amazing happened. And we are going to call for a drug test because there’s no way – you can’t do that.”

In the Fox interview broadcast told Fox News he would happily “put down very quickly” any leftwing protests. “Look, it’s called insurrection. We just send in and we, we do it very easy. I mean, it’s very easy. I’d rather not do that, because there’s no reason for it, but if we had to, we’d do that and put it down within minutes, within minutes.”

Trump has sent federal agents to confront protesters, most prominently in Portland. In the Fox interview Trump said it was “retribution” when US Marshals shot dead a suspect in the Portland killing of a member of a rightwing group.

Trump and Biden are due to debate in Cleveland on 29 September, in Miami on 15 October and in Nashville on 22 October. The vice-presidential nominees Mike Pence and Kamala Harris will meet in Salt Lake City on 7 October.

Trump is famously teetotal and disapproving of drug use but his political rise has been fueled by a well-documented love for Diet Coke and junk food. Beset by speculation about his physical and cognitive health, earlier this month the president was moved to deny rumours that a “series of ministrokes” prompted a short-notice visit to hospital in Washington last November.