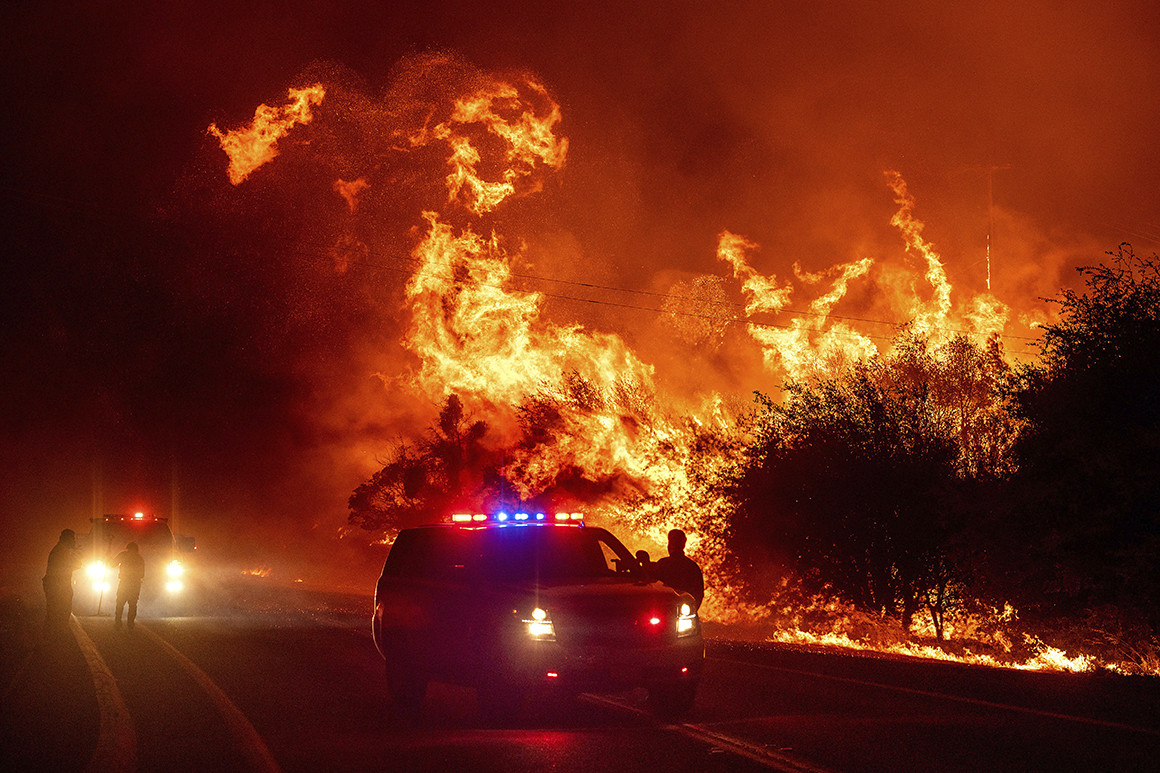 Impact: The reversal comes after Republican lawmakers representing the central part of the state pressured the Trump administration to approve the funding. Newsom said in a statement that he spoke to Trump and was “grateful for his quick response.” It was unclear what led the Federal Emergency Management Agency to initially deny Newsom’s request earlier this week.

FEMA representatives didn’t respond Friday to a request for comment.

Background: FEMA denied Newsom’s request for federal cost-sharing on the Creek Fire and five others on Thursday, just a day after agreeing to take on all state costs of debris removal and emergency protective measures for a separate set of wildfires from August. California is experiencing the worst fire season in its recorded history, with over 4.1 million acres burned, 31 deaths and 9,200-plus structures damaged or destroyed so far.

Political fallout: A Republican state lawmaker earlier Friday slammed the initial decision to deny the funding. “This should have been a no brainer,” Assemblymember Jim Patterson (R-Fresno) told reporters at a virtual press conference. “Something went wrong in the calculations of what FEMA did.”

He said elected officials were working on the administration to reverse the decision. “Quite frankly, FEMA just blew it,” he said. “The fact of the matter is that they are reconsidering now. There’s a lot of effort from elected representatives and we think that there’s a high probability that they will recognize the problem and will fix it.”

What’s next: Patterson said the Creek Fire debris needs to be cleaned up before rains start in late October or early November in order to prevent it from contaminating the San Joaquin River watershed.

He praised the California Office of Emergency Services for quickly responding to his request for expedited funding under the California Disaster Assistance Act, which allows the state to reimburse local governments for cleanup costs. “I think we’re going to see debris getting out of there very, very soon, perhaps even in a day or so,” he said.

This article tagged under:

Special Weather Statement issued October 22 at 12:08AM CDT by NWS

Wilson's rise brings back memories of BYU's time as QB U