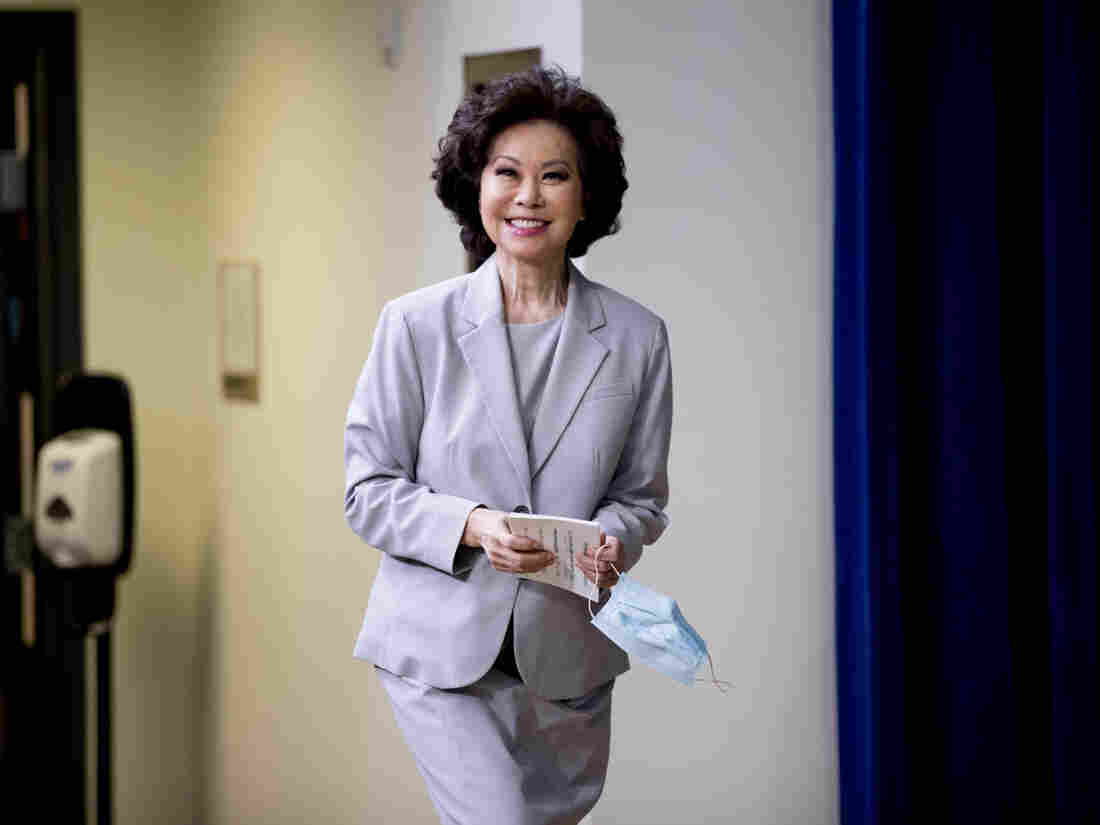 Transportation Secretary Elaine Chao arrives at a naturalization ceremony for 16 new Americans at the White House in July. Andrew Harnik/AP

Transportation Secretary Elaine Chao announced she is resigning, citing the “traumatic and entirely avoidable” violence at the U.S. Capitol on Wednesday. Her resignation will be effective next Monday.

In a letter to colleagues, Chao said, “It has deeply troubled me in a way that I simply cannot set aside.”

Chao is the highest-ranking member of President Trump’s administration yet to resign following the deadly mob violence at the Capitol, fueled by Trump’s own support of the crowd gathering in protest of his election loss.

In resigning, Chao, who is married to Senate Majority Leader Mitch McConnell, joins others in Trump’s orbit who are leaving the administration: Stephanie Grisham, chief of staff to first lady Melania Trump; Sarah Matthews, a deputy press secretary; and Matt Pottinger, the deputy national security adviser.

It has been the honor of a lifetime to serve the U.S. Department of Transportation. pic.twitter.com/rFxPsBoh6t

Why did Amazon wait until Biden’s inauguration to offer help with vaccine distribution? – Fox News

Flood Warning issued January 21 at 11:03AM CST until further notice...