VOICE OF THE HWY
Facebook
Twitter
Pinterest
WhatsApp
Moore, who rose to the rank of Captain during his military career, was also promoted to honorary Colonel in recognition for his efforts to raise money for the UK’s health service.
“His mature wisdom, no-nonsense attitude and humour in adversity make him an inspirational role model to generations young and old,” General Mark Carleton-Smith, chief of the general staff of the British Army, said in a statement Thursday. 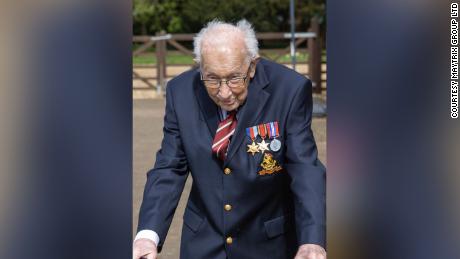 Moore has been appointed as the first Honorary Colonel of the Army Foundation College Harrogate, the UK’s Ministry of Defence said.
The war veteran thanked all of his supporters on social media Thursday, as he reached £30 million ($37.4 million) on his fundraising page.
He has also received more than 125,000 birthday cards, which are on display at Bedford School, southeast England, where his grandson is a student. 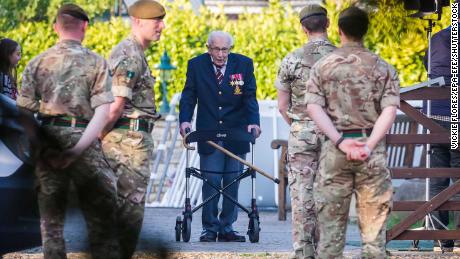 Volunteers were enlisted to open the war veteran’s cards after he became an international sensation for his fundraising efforts.
“The volume of cards that have been sent to grandad is just astonishing,” Benjie Ingram-Moore, who has been managing the veteran’s social media accounts, said.
“So many of the cards are truly heartfelt with thousands from young children who have taken the time to use their artistic talent and write a personal message,” Moore’s grandson added.
Born in Yorkshire, northern England, Moore trained as a civil engineer before being enlisted in the British Army during World War II, where he served in India, Indonesia and Britain. He later became the managing director of a concrete manufacturer.

Following the death of his wife in 2006, he moved in with his daughter, son-in-law and two grandchildren in Bedfordshire, southeast England, where he still lives.
Moore told CNN that he never thought he would raise so much money for the NHS.
“I’m absolutely overwhelmed by this sum of money — and when you transfer those into American dollars it’s even bigger. We really never, ever for a minute thought we would get to this sort of money. We started off with a little modest figure,” he told CNN’s Hala Gorani on the “Connect The World” show on April 17.

Flood Warning issued January 23 at 9:04AM CST until further notice by NWS