Tom Hanks and wife Rita Wilson are “in stable condition” at an Australian hospital after they were diagnosed with coronavirus.

Officials shared an update on the American actors on Thursday after Hanks shared on Instagram that he and Wilson were fully cooperating with the country’s medical requirements after testing positive for COVID-19.

The couple is being treated at a Queensland hospital and are in isolation, Australian officials said Thursday. 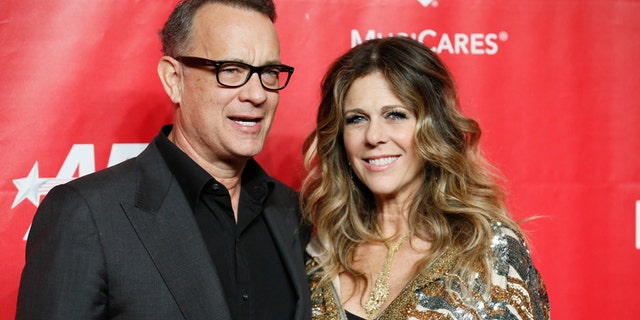 Tom Hanks and Rita Wilson are in isolation at an Australian hospital after testing positive for COVID-19. (Reuters)

The two-time Oscar winner is easily the most famous person yet to disclose they have COVID-19, which the World Health Organization has declared a pandemic.

BRIGITTE NIELSEN SAYS HER SONS IN ITALY ‘ARE SCARED’ ABOUT CORONAVIRUS LOCKDOWN: ‘THERE IS A PANIC’

Hanks said he and Wilson had felt tired, with colds, aches and slight fevers. “To play things right, as is needed in the world right now, we were tested for the coronavirus and were found to be positive,” he said, adding they’ll be “isolated for as long as public health and safety requires.”

The couple’s son Chet Hanks said his parents, both 63, are doing well.

“What up everyone. Yeah, it’s true, my parents got coronavirus. Crazy,” said Chet on Instagram. “They’re both down in Australia right now because my dad was shooting a movie down there but I just got off the phone with them. They both are fine, they’re not even that sick.”

Chet continued, explaining that his parents aren’t worried nor are they “trippin’ but they’re going through the necessary health precautions…”

“I appreciate everyone’s concern and the well wishes but I think it’s all going to be alright but I appreciate it and just, everybody stay safe out there,” Chet concluded. “Much love.”

Wilson had performed at the Sydney Opera House on Saturday night and earlier last week in Brisbane.

Queensland health authorities would not give specifics on their health due to privacy issues. But the state’s update on its coronavirus infections describe a U.S. couple of their age, both in stable condition.

Palaszczuk said people who had been in close contact with Hanks and Wilson will have to self-quarantine but she cautioned that people who had taken selfies with Hanks recently should not panic about contracting the virus.