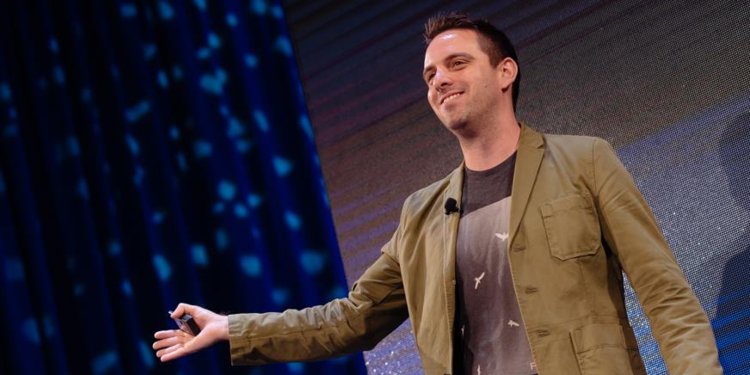 The former Google marketing manager says after living in the Bay Area for over a decade, he’s had enough of the astronomical home prices and the city not making progress to improve living conditions.

In a tweetstorm last Wednesday, Singer aired his hang-ups with San Francisco and announced that after a trip to Austin, he and his wife (and their rescue dog, Dash the Dingo) would be moving to the Texas capital, which is increasingly known for its hot startup scene as much as it’s bar-b-que.

“So Austin suburbs are beautiful. Houses really reasonably priced. Easy ride to the city. Great food and music scene nearby. What’s the catch,” Singer tweeted. “For same price of your SF rental you can afford basically as much house as you want here. Crazy.”

Singer says he recently purchased land in Austin and will be working with a local design center on the construction of his home.

Read more: 11 facts about San Francisco’s housing market that will make you glad you live somewhere else

With housing prices in the San Francisco Bay Area continuing to reach record highs, many, like Singer, are questioning whether it’s worth it to live in the region at all. A recent study found that 44% of Bay Area residents polled said they’re likely to leave within the next few years. High housing prices were the top reason residents were feeling the pressure to move.

Another report by the real estate company Compass found just how costly it can be to buy a home in the San Francisco Bay Area. Including mortgage payments, taxes, and insurance, owning a median-priced home in the Bay Area runs around $8,500 per month. And in order to afford that kind of monthly expense, a person would need to earn more than $340,000 per year, the report said.

The former Googler told Business Insider in an interview this week that after two years of househunting across the Bay Area, seeing the type of homes they could actually afford became all too frustrating.

“I’m not paying two million dollars to live in some [baby] boomer’s starter home next to a strip mall,” Singer said, in reference to certain houses he looked at south of San Francisco, near San Jose.

In Austin, Singer says he was able to find “gorgeous” homes for under a half-million dollars.

The former Googler puts much of the blame of San Francisco’s housing prices on city officials who he says don’t want to increase the number of condos and apartments in the area. Other cities, like Austin and Seattle, Singer says, have been able to keep housing prices from reaching untouchable rates because they’ve been willing to develop.

“People think supply and demand economics don’t exist as soon as you get into the Bay Area,” Singer said. “It’s not a thing here.”

Singer also points the finger at long-time San Francisco residents who bought their homes years before prices spiked. Those owners are cashing on the demand from renters, Singer says, and thus have little incentive to advocate for the city to increase its supply of homes.

“For the people who already own here, I think they quietly don’t give a f—-,” Singer said. “They have theirs. Whether they want to admit it or not, this is a NIMBY state. What they will accomplish — they will squeeze out the middle of San Francisco.” (NIMBY is an acronym for “not in my backyard,” often used to describe opposition to development in a particular area.”)

On top of the extravagant housing costs, the Bay Area faces major problems like how to best support its homeless population and provide adequate transportation options for residents, Singer says. He also sees much of what initially appealed to him about San Francisco — like local cafes and eateries — being displaced trendy restaurants with “$500 prix fixe menus.”

So why are some San Franciscans still choosing to stick around?

Besides the weather, Singer says he thinks some people, especially those in tech, stay in the Bay Area because of FOMO, or fear of missing out. The thought, he says, is that if you’re not in San Francisco, you won’t have the chance to work for top tech companies like Uber or Pinterest or Google.

That might be true for those just starting their careers, said Singer, who now works as a digital marketing lead at the biotech company Invitae. But for someone who has worked at a company for at least a couple years and has proven to be a “linchpin” for their teams, Singer says it’s unlikely that a company wouldn’t let that person work remotely.

“The unwritten rule at any given mega-corp is if you’re a talented individual contributor, they will let you work from whereever you want,” Singer said. “It is not posted on their website. They will not admit that to you ever. But I’ve never seen that not be true at any big company.”

As for reaction to his Austin relocation, Singer tells us that none of his friends or family were all to shocked.

“The biggest reaction is, ‘Why did you stay in San Francisco so long?’ from all my non-San Francisco friends,” Singer said. “None of my San Francisco or Bay Area friends were surprised. They’re like, ‘It’s totally reasonable to leave.’ No one’s fighting to keep me here.”