The air is so full of smoke in Seattle and San Francisco, it’s at “unhealthy” levels, according to the Air Quality Index. 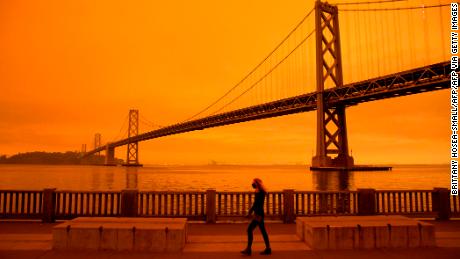 “Everyone may begin to experience some adverse health effects,” the EPA says in its description of what that means. “Members of the sensitive groups may experience more serious effects.”
But in Portland, Oregon, things are significantly worse. The air there is “very unhealthy,” meaning that anyone breathing it in, “may experience more serious health effects.”
According to IQAir, a group which tracks global air quality, Portland, Seattle and San Francisco have the worst air quality of any major cities around the world. But things are even worse outside of the big cities, according to the EPA’s own air quality index trackers. 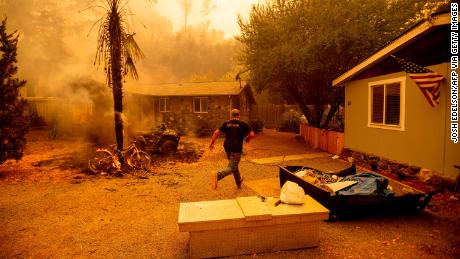 Large swaths of Oregon, Washington state and even parts of British Columbia in Canada are experiencing “hazardous” air quality. The EPA says the air quality in Salem, Oregon’s capital, is so bad that people need to stay indoors and reduce activity levels.
Although the exact AQI levels are changing constantly in the region, it will remain at unhealthy to hazardous levels for a while.
There doesn’t appear to be an end in sight for fires or the smoke. Forecasters believe both will stick around the Pacific Northwest for days to come.

CNN’s Judson Jones and Brandon Miller contributed to this report.

How to delete yourself from people search sites

Rep. Brian Mast: It's the 10th anniversary of my 'Alive Day' – here's what I know now

How to delete yourself from people search sites

Joe Biden didn't have the guts to say we should take...