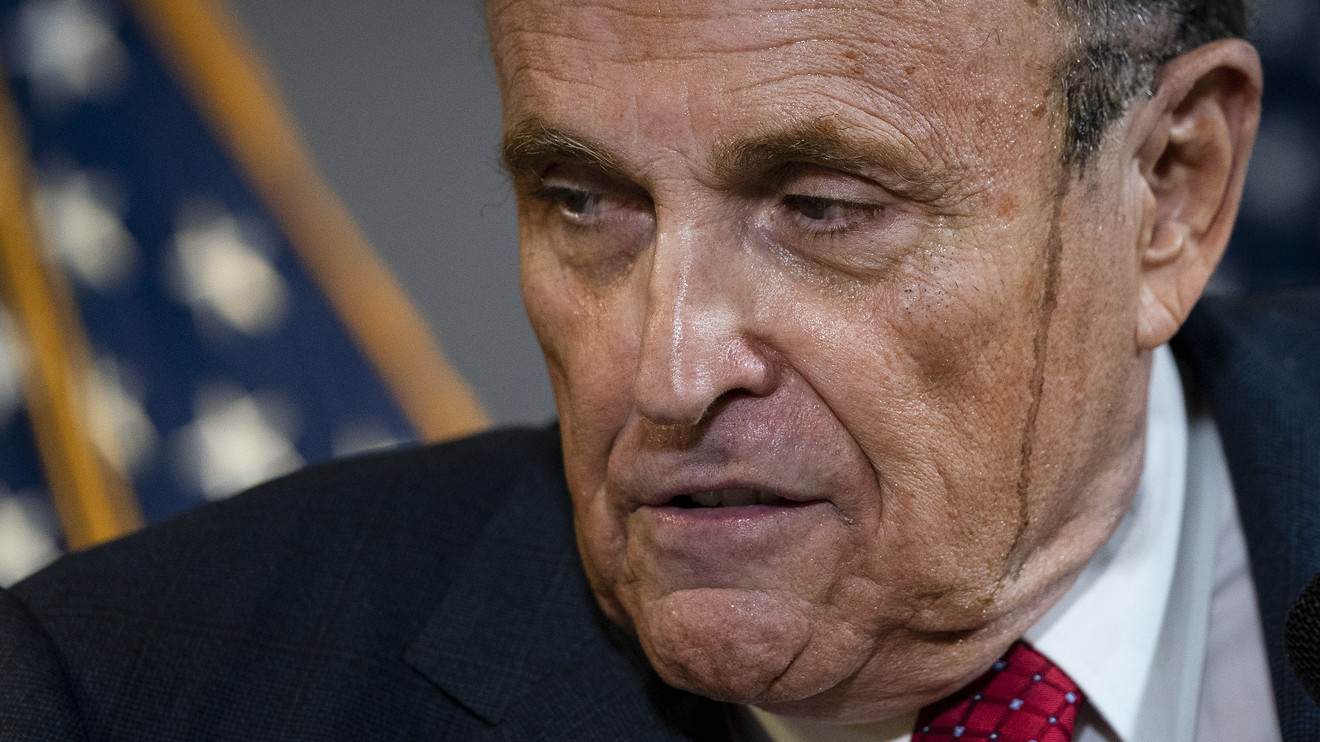 Imagine you’re Rudy Giuliani. You’re prattling along, giving a press conference, and you spot a way to reference one of your favorite movies to make your legal case … BAM! Twitter rips you to shreds.

That was the crux of a truly bizarre press conference that President Trump’s personal attorney gave on Thursday, which CNN, MSNBC and Fox Business anchor Neil Cavuto declined to air. Giuliani, the former mayor of New York City, was arguing that Trump campaign reps were not allowed close enough to properly observe ballot counting in Pennsylvania for the presidential election, which Trump and his team have refused to concede despite the Associated Press and other major news outlets naming Democratic challenger Joe Biden the winner two weeks ago.

Giuliani decided to re-enact a scene from the 1992 comedy “My Cousin Vinny,” which starred Joe Pesci (no relation to the author of this article) and won Marisa Tomei an Oscar, to call out just how far away the Trump representatives were from the ballot counters.

“ “Did you all watch ‘My Cousin Vinny?’ It’s one of my favorite law movies, because he comes from Brooklyn.” ”

The comedy follows Pesci, a green personal injury attorney who failed the bar exam several times, attempting to defend his cousin from a murder charge in rural Alabama, where the accused faces the death penalty. (It’s a comedy. Really.) And the scene that Giuliani found most particularly relevant, in this case, features Pesci’s character proving that a key witness for the prosecution was too far away from the scene of the crime to actually see what happened.

So Giuliani attempted a Pesci impression that has to be seen to be believed:

“These [Republican poll watchers] were further away than ‘My Cousin Vinny’ was from the witness,” he added. “They couldn’t see a thing!”

Considering “My Cousin Vinny” features a hapless attorney forging his references to be allowed to practice law in Alabama, and (spoiler alert) just barely winning the trial by the skin of his teeth, many on Twitter TWTR, +0.73%  were quick to mock Giuliani for citing this as his go-to “law movie.” The presser was trending among Google GOOG, +1.10%  searches on Thursday afternoon, as well.

And the New York Daily News, one of Giuliani’s hometown newspapers, ran an op-ed by one of Giuliani’s former speechwriters on Thursday that called him “pathetic” and lamented his dive “into the deep end of a fetid pool of manufactured election conspiracy theories.”

The presser got even stranger as a black stream of what appeared to be hair dye began rolling down Giuliani’s face as he sweat at the podium.

The Democratic National Committee put out a press release afterward calling the press conference “unhinged” and “literally dripping with lies.”

As for the election results, President Trump’s failed attempts to overturn President-elect Biden’s victory in court has seen him shift gears and attempt to disrupt vote certifications in battleground states, instead. He called Georgia’s recount “a joke” on Twitter on Thursday, for example, as the state was set to certify the results of its election on Friday.

Personal Finance Daily: 5 golden rules if you end up talking politics with your family this Thanksgiving and how 4 college students spent an...

NewsWatch: Dow ends above 30,000 for first time on progress toward a coronavirus vaccine and a Biden administration