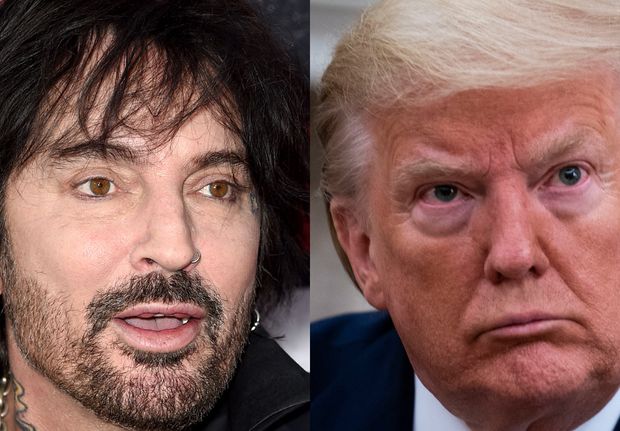 Lee, 58 years old, told The Big Issue in an interview published this week that an escape across the pond would be in order, perhaps to his place of birth.

“Dude, I swear to God if that happens then I’m coming over to visit the U.K.,” he said. “I’m out of here. I’ll go back to my motherland, go back to go Greece and get a house on one of the islands.”

Why? Well, it would be “embarrassing,” for one thing. “I feel like people in Europe and the rest of the world look at America and think: ‘What the f— are you guys doing over there?’ ” Lee said. “Stop voting for celebrities and get someone real to run the country.”

With Joe Biden leading in the polls, we might never know if the rock legend would actually follow through with his promise, but that didn’t stop the mob from pushing “Tommy Lee” up Twitter’s trending list. Here’s just some of the backlash:

Of course, he had plenty of support, as well:

Lee didn’t actually write that post, but he helped it go viral last year. It’s popping up again all over Twitter thanks to The Big Issue interview.

NerdWallet: What’s the difference between being preapproved and prequalified for a credit card?

Next Avenue: Double jeopardy: Don’t put off your flu shot any longer