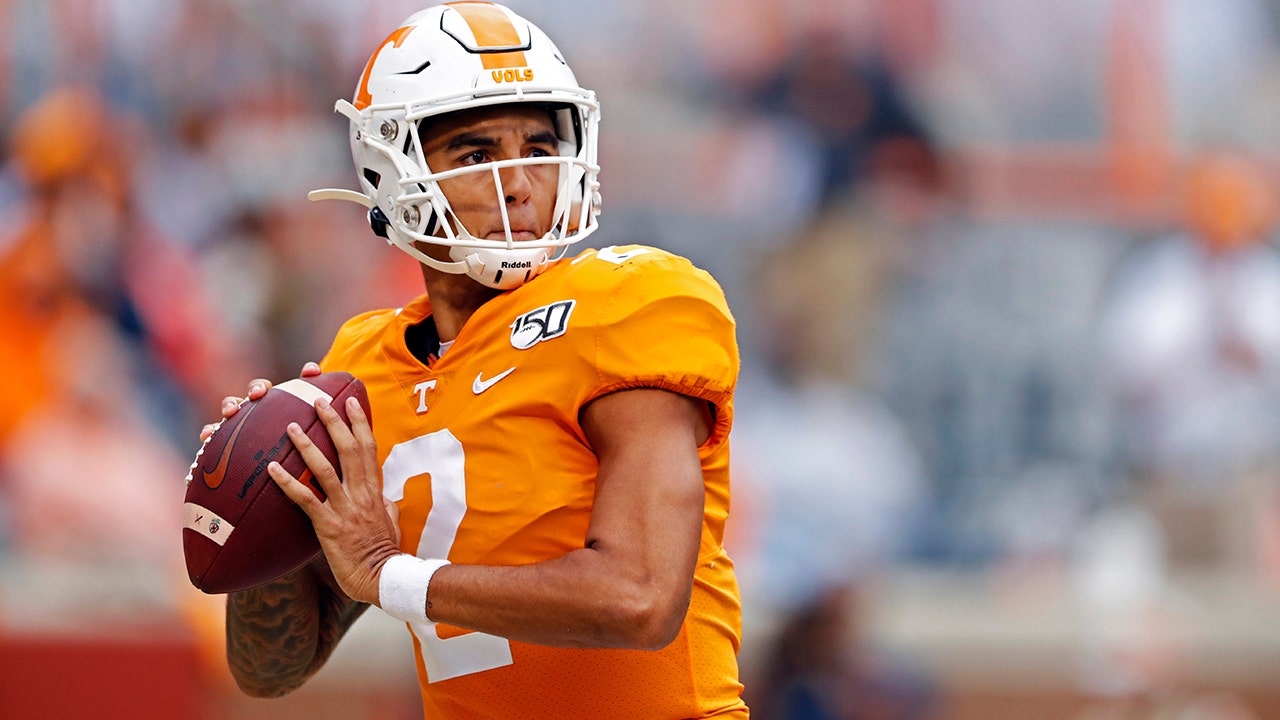 Tennessee quarterback Jarrett Guarantano was briefly benched Saturday in the first half of the Volunteers’ game against the Kentucky Wildcats.

Guarantano threw three interceptions and two of them were returned for touchdowns in the second quarter.

Tennessee fans cheered when he was replaced by J.T. Shrout but booed when Guarantano came back into the game.

About midway through the second quarter, Kentucky held a 17-7 lead.

Tennessee game into the game ranked No. 18 in the nation. Guarantano was leading the team with 664 passing yards and four touchdown passes through three games. He only had one interception before getting picked off three times before the first half whistle blew.

Kentucky came in with a 1-2 record but readying a potential run in the SEC. A bounce-back win would push them above Tennessee in the SEC East division.

The Wildcats already beat Mississippi State last week and have losses against Auburn and Ole Miss this season.