NASA has released a stunning 61-minute time-lapse video that shows a decade in the life of the sun.

The video was created from images taken by NASA’s Solar Dynamics Observatory.

“From its orbit in space around Earth, SDO has gathered 425 million high-resolution images of the Sun, amassing 20 million gigabytes of data over the past 10 years,” explained NASA in a statement on its website. “This 10-year time lapse showcases photos taken at a wavelength of 17.1 nanometers, which is an extreme ultraviolet wavelength that shows the Sun’s outermost atmospheric layer – the corona.”

The space agency released the time-lapse video to mark SDO’s 10th year in space. The orbiting observatory was launched atop a United Launch Alliance Atlas V rocket on Feb. 11, 2010. In a statement accompanying the time-lapse video posted to YouTube, NASA noted that, as of June 2020, SDO has been watching the sun non-stop for over a full decade.

“The video shows the rise and fall in activity that occurs as part of the Sun’s 11-year solar cycle and notable events, like transiting planets and eruptions,” it said.

During its 10 years in space, the SDO has also observed solar tornadoes, giant waves in plasma on the solar surface, polar coronal holes and magnetic explosions. 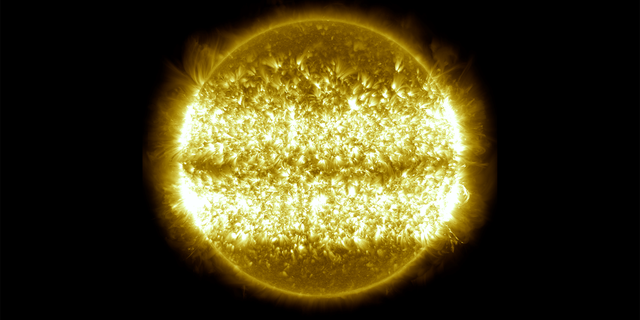 This composite image is made from 151 individual SDO frames. They span the full ten-year run of the time-lapse. (NASA’s Goddard Space Flight Center/SDO)

Earth’s star continues to reveal its secrets. NASA’s $1.5 billion Parker Solar Probe mission, which launched in 2018, has taken humanity closer to the sun than ever before and the spacecraft is helping scientists shed new light on the star.

Scientists have observed bursts of energetic particles never seen before on such a small scale, as well as switchback-like reversals in the out-flowing solar magnetic field that seem to whip up the solar wind. The unexpected phenomenon has been compared to the cracking of a whip. 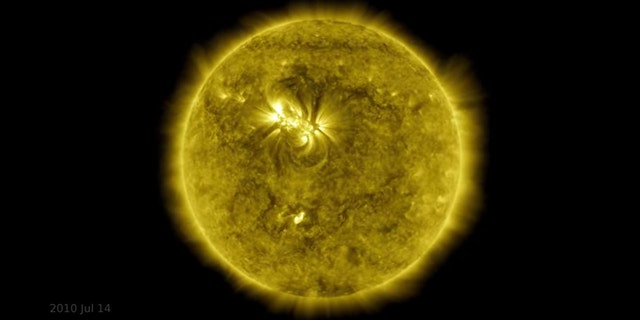 Researchers said they also finally have evidence of a dust-free zone encircling the sun. Farther out, there’s so much dust from vaporizing comets and asteroids that one of 80 small viewfinders on one instrument was pierced by a grain earlier this year.

To withstand the heat of nearly 2,500 degrees Fahrenheit, the probe is protected by a special 4.5-inch-thick carbon-composite shield.