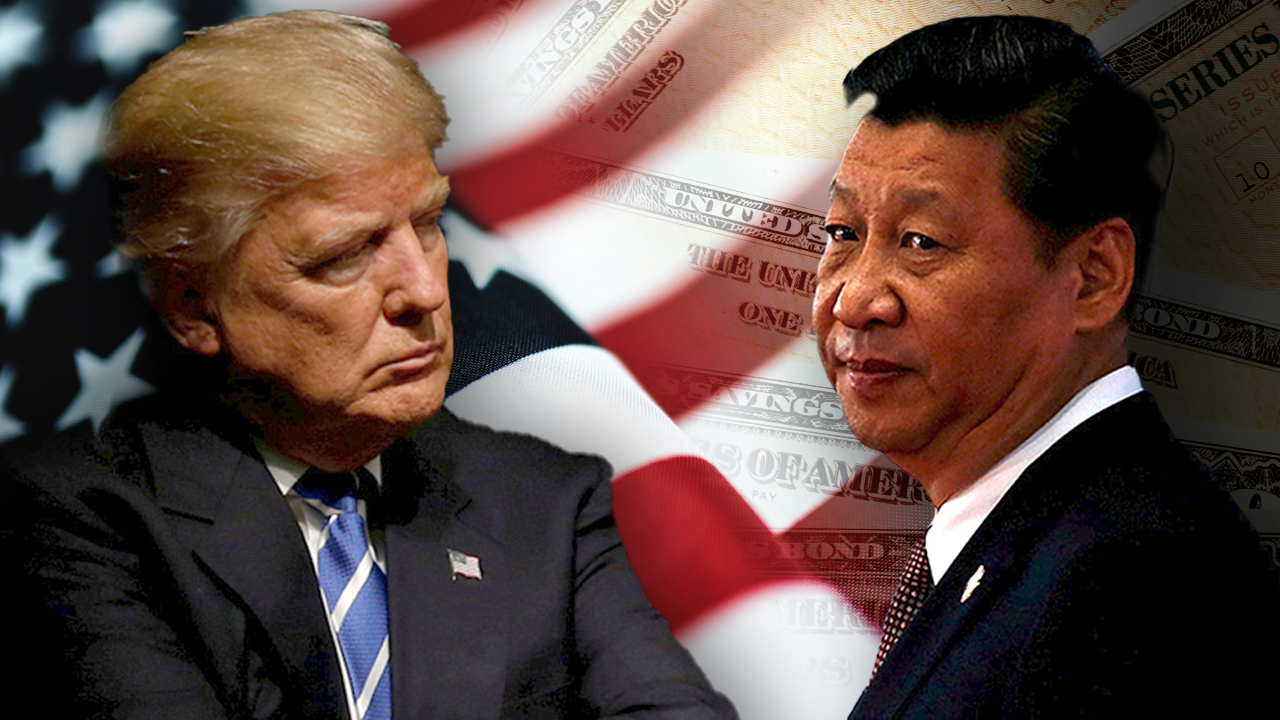 Sources tell FOX Business’ Maria Bartiromo that President Trump’s announcement on China during an expected press conference will be significant.

U.S. equity markets slid Friday morning as investors await word from President Trump over how his administration will respond to China tightening its grip on Hong Kong.

The Dow Jones Industrial Average fell more than 200 points, or 0.8 percent, while the S&P 500 dropped 0.62 percent and the Nasdaq Composite was lower by 0.26 percent.

The president said he would announce Friday how the U.S. will proeed.

Meanwhile, at least nine states and Washington D.C. eased lockdown restrictions on Friday, with Illinois allowing outdoor seating at bars and restaurants and Michigan letting nonessential medical procedures resume. Washington will now permit outdoor seating at restaurants and the reopening of barber shops as well as curbside pickup and delivery for non-essential retail.

Looking at stocks, China-based companies were in focus ahead of Trump’s press conference and social-media companies remained under a watchful eye after the president on Thursday issued an executive order that targets a liability shield, given to tech companies by Congress, if they “engage in censoring or any political conduct.”

Trump lashed out against Twitter on Friday, saying the company is “doing nothing about all of the lies & propaganda being put out by China or the Radical Left Democrat Party” while targeting conservatives.

Tesla CEO Elon Musk has the option to buy more than 1.6 million shares at $350.02 each — less than half their current price — after the stock’s performance exceeded targets set by the board of directors. Exercising that right would net Musk nearly $800 million.

In the tech industry, Dow component Cisco Systems acquired the cybersecurity software firm Thousand Eyes for about $1 billion, according to Bloomberg.

On the earnings front, Costco reported mixed fiscal third-quarter results and said global comparable sales fell in April as a result of stay-at-home orders, social distancing and the temporary closure of some locations.

Nordstrom said first-quarter sales slumped 40 percent from a year ago as COVID-19 led to the temporary closure of its stores. The company expects all of its stores to be reopened by the end of June.

European markets were lower across the board, with Britain’s FTSE down 1.2 percent, Germany’s DAX tumbling 1 percent and France’s CAC falling 0.75 percent.