The first of two satellites in a billion-dollar NASA-European project to precisely measure rising sea levels, a major consequence of global warming, streaked into orbit from California Saturday atop a SpaceX Falcon 9 rocket.

By timing how long it takes cloud-penetrating radar beams to bounce back from the ocean 830 miles below, the Sentinel-6 Michael Freilich satellite can track sea levels to an accuracy of less than half an inch to help scientists chart the ongoing effects of global warming over extended periods. 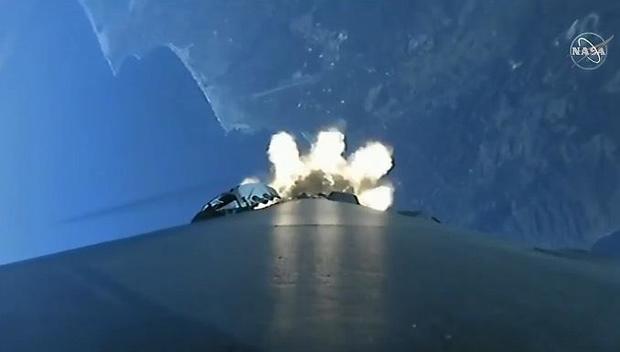 A Falcon 9 rocket climbs away from Vandenberg Air Force Base in California, boosting the first of two satellites into orbit to monitor rising sea levels. NASA

“This is a huge deal for us climate scientists, because it means we get to look at the oceans for a full 10 years in an unbroken record,” he said. “And it’s the first time we’ve been able to build two in a row so that we can launch them back to back and extend the record much farther than we’ve been able to so far.”

The satellite’s Falcon 9 rocket roared to life at 12:17 p.m. ET and shot away from launch complex 4-East at Vandenberg Air Force Base northwest of Los Angeles, climbing to the south toward an orbit tilted 66 degrees to the equator.

It was the California rocket builder’s 22nd Falcon 9 flight so far this year and its 103rd overall including three triple-core Falcon Heavy boosters. It was the first Falcon 9 launch from Vandenber since June 2019.

After powering through the dense lower atmosphere, the first stage fell away, flipped around and flew itself back to a landing near the launch pad to chalk up SpaceX’s 66th successful stage recovery, its fourth in California.

The second stage, meanwhile, carried out two engine firings to put the Sentinel-6 Michael Freilich satellite in its required orbit. 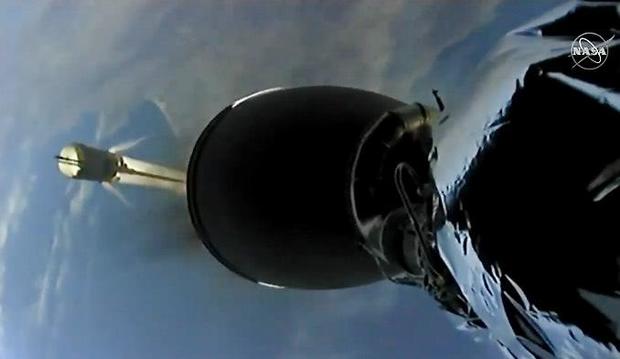 A camera on the Falcon 9’s second stage captures a spectacular view of of the rocket’s first stage falling away as it heads for a landing at Vandenberg Air Force Base, California, far below. SpaceX

The Sentinel-6 satellites will continue a decades-long effort by NASA, the European Space Agency, the European Organization for the Exploitation of Meteorological Satellites and the National Oceanic and Atmospheric Administration to monitor sea levels over the past 30 years.

With the launch of Sentinel-6 Michael Freilich and Sentinel-6B, those measurements will be extended into the 2030s. And the data collected so far is alarming to climate researchers. 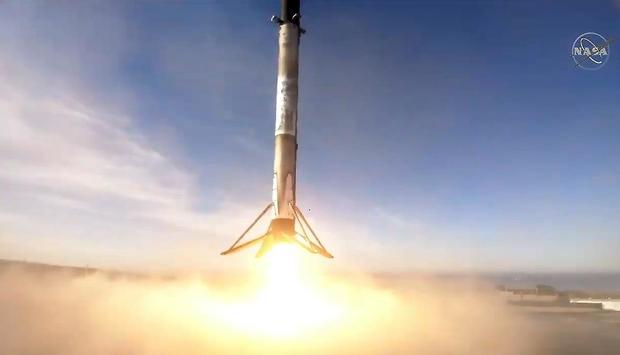 More than 90% of the heat trapped by greenhouse goes into warming the world’s oceans.

“So the oceans warm, the water expands, that’s about one third of sea level rise, the rest is from melting glaciers and ice sheets that are reacting to the warming environment,” Willis said. “So these missions really give us our most important yardstick for measuring climate change and how it’s playing out on the planet.”

Along with measuring sea levels around the planet, the new satellite also will monitor temperature and humidity in the lower atmosphere as well as the higher-altitude stratosphere using an instrument that measures atmospheric effects on signals broadcast by navigation satellites. 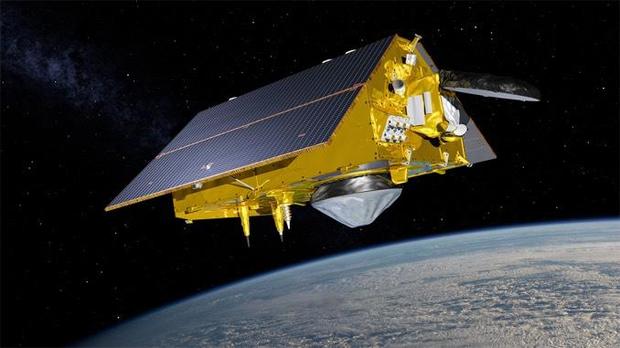 An artist’s impression of the Sentinel-6 Michael Freilich satellite in orbit. NASA

But the primary mission is monitoring sea levels across 90 percent of the world’s oceans.

“The dynamic balance that persisted before the industrial revolution has been upset by the almost instantaneous combustion of huge reserves of carbon as our society has developed,” said Craig Donlon, the European Space Agency project scientist.

“We see evidence of this dramatic change in many different measurements … but they all point the same direction: the Earth is warming. And the greatest indicator of this Earth system imbalance is sea level rise.”

Joe Biden tweet about leaving Afghanistan by 2014 resurfaces as Trump...