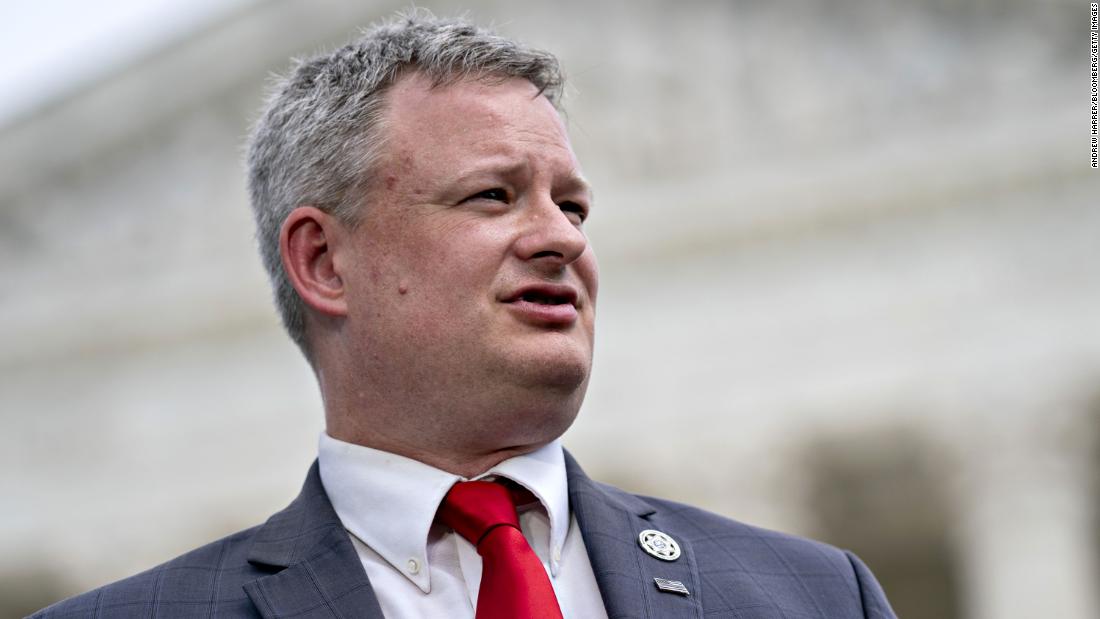 Attorney General Jason Ravnsborg had told the Hyde County Sheriff’s Office that he was uninjured after hitting a deer on the highway at about 10:30 p.m. CT on Saturday, according to a release from the department of public safety. The body of 55-year-old Joseph Boever, a pedestrian, was discovered on Sunday morning.
The DPS statement did not mention whether Ravnsborg stopped his vehicle after the incident.
South Dakota Gov. Kristi Noem said in a news conference Sunday that the South Dakota Highway Patrol will conduct an investigation of the collision, which will be overseen by Cabinet Secretary for the South Dakota Department of Public Safety Craig Price.
“We are currently working the investigation as referenced by Governor Noem in Hyde County,” Price said Sunday. “South Dakota Highway Patrol routinely investigates fatality crashes across our state and we will handle this as we would any other fatal crash.”
Ravnsborg’s chief of staff Timothy Bormann called the episode “a tragic accident” in a statement released Monday.
“The Office of the Attorney General extends our deepest sympathy and condolences to the family of Mr. Boever. The Attorney General, and our office, are cooperating fully with the ongoing investigation of this event and will continue to do so,” he said.
Ravnsborg, a Republican, was elected South Dakota attorney general in 2018, according to his office’s website. CNN has reached out to the attorney general for comment on the crash.

Special Weather Statement issued September 20 at 3:40AM EDT by NWS

Paul Walker's daughter commemorates the late actor on what would have...