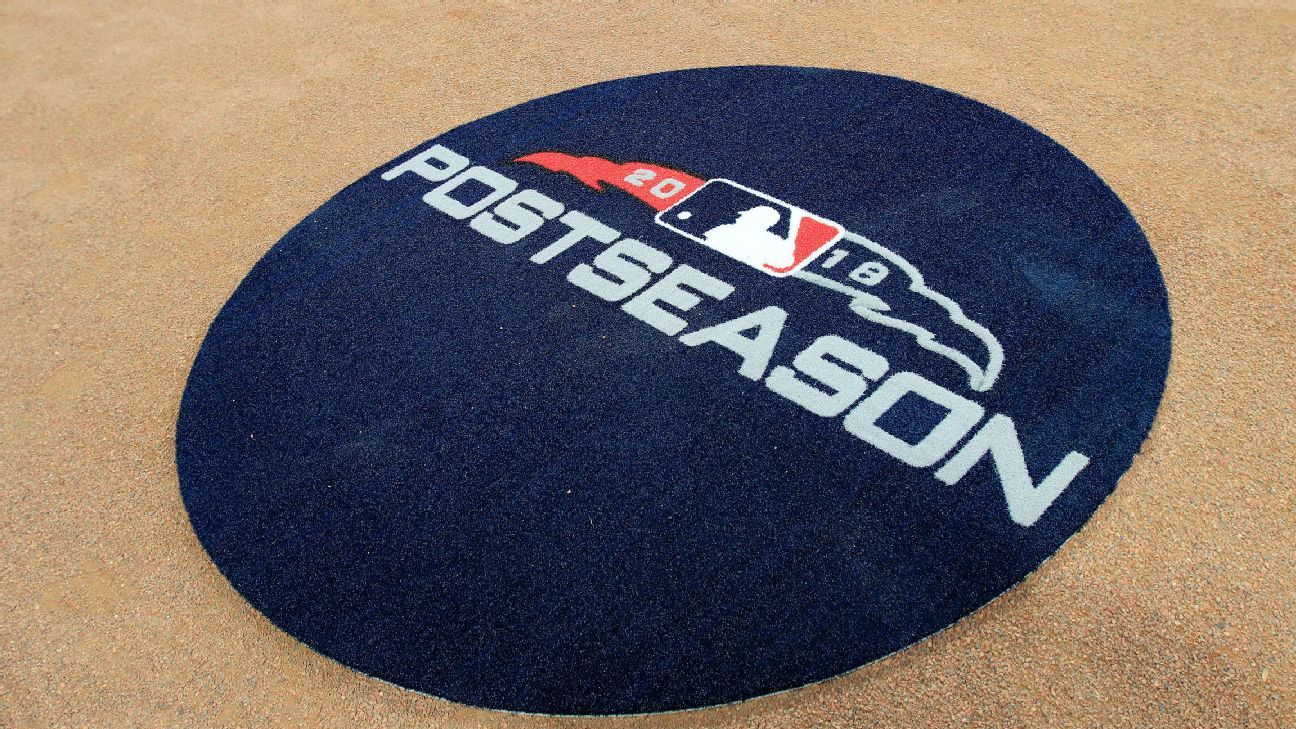 Major League Baseball is mulling significant changes to its postseason, including increasing the number of teams from 10 to 14 and adding a reality TV-type format to determine which teams play each other in an expanded wild-card round, sources told ESPN.

The potential changes were first reported by the New York Post.

Once the teams clinch and the regular season ends, the plan gets congested:

All of the selections, sources said, would be unveiled live on television the Sunday night of the final regular-season games.

Currently, two teams from each league play a winner-take-all wild-card game, and the winner faces the team with the league’s best record.

The appeal of the changes, according to the Post, is twofold. It could increase fan interest and could benefit MLB via a richer television-rights package.

Any proposal would have to be negotiated with the players’ association. The current collective bargaining agreement runs through the 2021 season.

“Expanding the playoffs in a sensible way is something worth discussing when part of a much more comprehensive conversation about the current state of our game,” union head Tony Clark said in a statement.

The winners of the wild-card series would advance to the divisional round.

No idea who made this new playoff format proposal, but Rob is responsible for releasing it, so I’ll direct this to you, Rob Manfred. Your proposal is absurd for too many reasons to type on twitter and proves you have absolutely no clue about baseball. You’re a joke.

As pitchers and catchers report to spring training in Florida and Arizona this week, it’s a safe bet this strategy will be a major talking point. On Monday night, Cincinnati Reds starting pitcher Trevor Bauer expressed his overall disagreement with the proposal — and with MLB commissioner Rob Manfred.

MLB’s deals with ESPN and Turner both expire after the 2021 season.