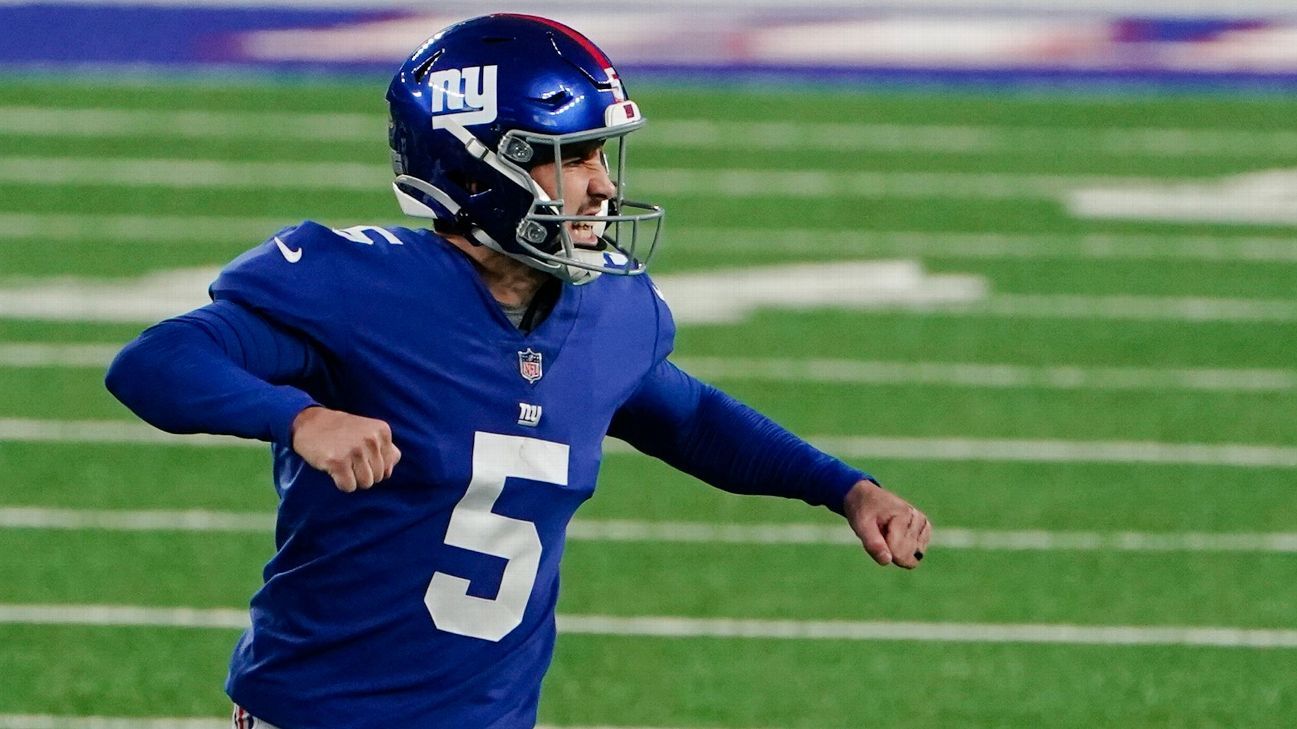 The Giants announced Monday that a player had tested positive but did not reveal his identity. The team said he was immediately self-isolated and contact tracing was initiated.

Two staff members were identified as close contacts and were told to stay home, the team said.

The Giants (3-7) are on their bye week. They are riding a two-game winning streak and play next on Nov. 29 in Cincinnati.

Players will now work remotely Tuesday and Wednesday before having the rest of the week off. The Giants’ training center will only be open to staff.

The Giants say they are working closely with the NFL’s chief medical officer regarding next protocol steps.

This is the second Giants player in recent weeks to test positive for COVID-19. Guard Will Hernandez missed two games. He returned to the team last week and was brought back slowly.

A good portion of the offensive line was considered close contacts from Hernandez’s positive test. The Giants had to practice one day that week without most of its line. Tight end Eric Tomlinson had to play right tackle in order to fill out the line.

Bears activate Whitehair and Miller ahead of Vikings game