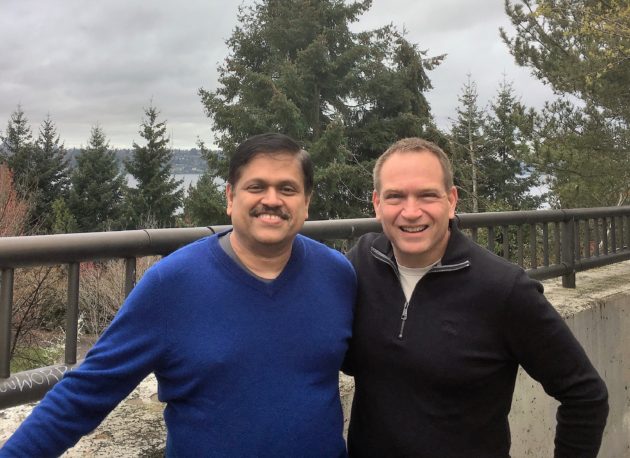 Snowflake came out with a bang in its public debut, raising $3.4 billion in the largest software IPO ever.

The data warehousing company opened at $245/share after pricing its IPO at $120/share. Its stock continued climbing in Wednesday trading, closing at $253.93, valuing the company at more than $60 billion.

The IPO is a windfall for the company’s investors, including Madrona Venture Group. The Seattle-based firm invested in 2017 when the company’s valuation was around $500 million, said Madrona Managing Director S. “Soma” Somasegar.

“Sometimes you find a team and a technology that is just poised to take off,” Somasegar said.

Madrona is not listed in Snowflake’s IPO documents, as the firm owns less than 5% of the company, and it didn’t disclose the value of its stake.

The Snowflake investment was slightly unusual for Madrona, which typically invests in early-stage startups based in the Pacific Northwest. But the firm has expanded its geographic reach in recent years and in 2019 launched a $100 million “acceleration fund” for later-stage companies.

Congrats to @SnowflakeDB – now officially listed on the @NYSE! So fortunate to be a part of this amazing journey! $SNOW #SnowflakeIPO pic.twitter.com/0rY8tzyLt5

In 2017 Madrona invested in a Series E round for healthcare startup Accolade, which opened a second headquarters location in Seattle in 2015. Accolade went public earlier this year.

Other Madrona portfolio companies to go public over the past five years include Smartsheet, Apptio, Redfin, and Impinj — companies that received funding from Madrona in their early days.

Madrona’s investment in Snowflake represented a reunion for then-Snowflake CEO Bob Muglia and Somasegar, who worked with Muglia for many years at Microsoft. Somasegar led Microsoft’s Developer Division, while Muglia was president of the company’s Server & Tools Business.

Muglia owns more than 4 million shares of Snowflake, or 1.7% of the company, after reaching a deal to sell half of his stake to Warren Buffett’s Berkshire Hathaway as part of the IPO. The value of Muglia’s remaining stake was more than $1 billion as of the close of trading today. (Note: Muglia’s stake and valuation corrected since publication to reflect Berkshire deal.)

Snowflake, founded in 2012, also opened a new engineering office in Bellevue, Wash., a few months prior to Madrona’s investment.

“It was great to work with Bob and the team and build up their Seattle presence and work to help them become a true multi-cloud solution,” Somasegar said.

In July, Madrona led a $27 million round in Fauna, a company founded by two former Twitter engineers that is positioning itself as a leader in databases for a new generation of applications. Muglia is Fauna’s executive chairman.

Snowflake’s data warehouse is a specialized type of cloud database built for analytical applications. The company has more than 3,100 customers including Brex, ConAgra Foods, Domino’s, JetBlue, and Nationwide. It has more than 20 offices worldwide, including the Seattle-area hub, and was one of the most valuable private tech startups in the world prior to the IPO. 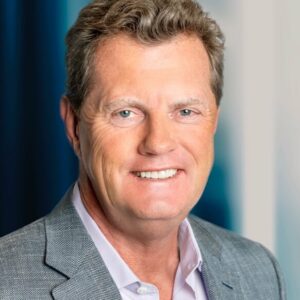 Muglia previously led Snowflake as CEO for five years but stepped down in May 2019. Frank Slootman, who ran ServiceNow as chairman and CEO from 2011 to 2017, now leads the company.

Dragoneer Investment Group — a backer of Airbnb, Slack, Spotify, Uber and other giants — led a $479 million Series G round in February that included Salesforce Ventures. That round valued Snowflake at $12.4 billion. Other backers include Altimeter; ICONIQ Capital; Redpoint Ventures; and Sequoia.

Snowflake said a substantial majority of its business runs on AWS. CNBC reported Wednesday that the company’s ties to Amazon “present a long-term risk to IPO investors,” due in part to Amazon’s competing Redshift product.

Snowflake is one of several tech companies to file for an IPO this year despite the ongoing pandemic and economic crisis, with many trading higher since debuting on the public markets. Others including DoorDash, Airbnb, and more are expected to go public soon. “It’s bonanza time in Silicon Valley and on Wall Street,” reported The New York Times.

Here’s other commentary on the IPO from Wednesday:

Snowflake IPOing as the world’s largest software IPO is showing that markets for enterprise software continue to be far larger than most anticipate. With exponential growth in data, devices, and apps, something already big today might be 100X bigger in just a few years.

Unconfirmed reports that Snowflake will open trading at infinity.