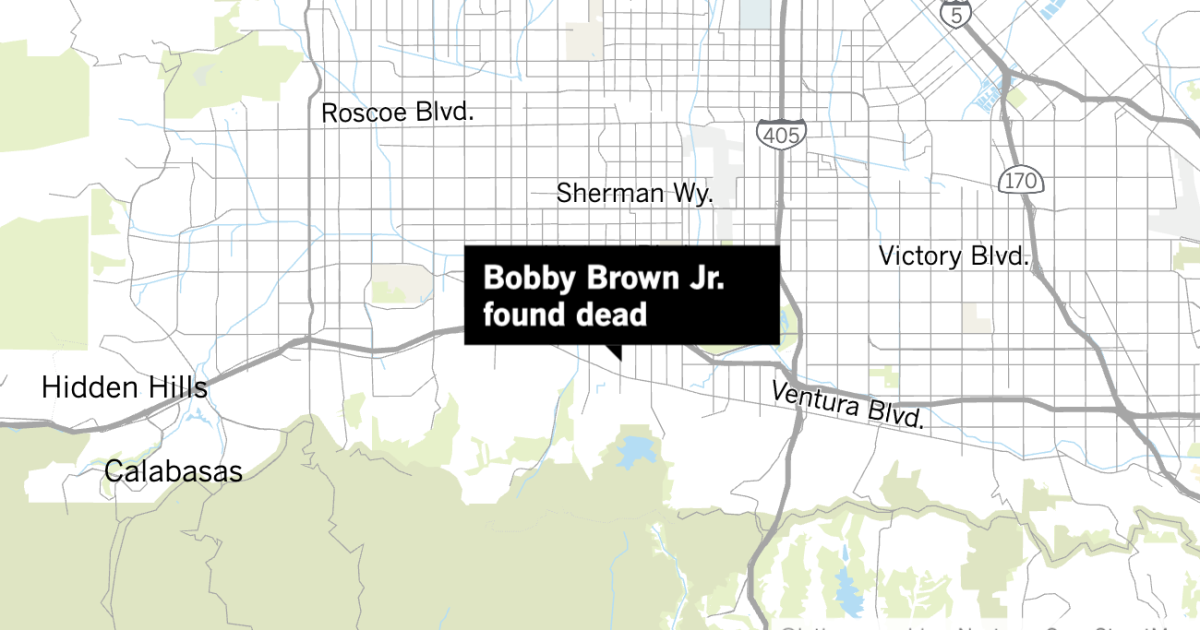 The LAPD gave few details about the circumstances surrounding the death. Officer Jeff Lee, a spokesman for the police department, said officers responded to a medical emergency at about 1:50 p.m. on the 5200 block of White Oak Avenue in Encino.

“Upon officers’ arrival, there was a person down at the location,” Lee said. Brown was pronounced dead at the scene, and investigators don’t believe foul play was involved, police said.

The death is the latest in a string of tragedies for Brown. Bobbi Kristina Brown, a daughter he had with legendary singer Whitney Houston, died in 2015 after being found unresponsive in a bathtub.

An autopsy of the 22-year-old found several narcotics and prescription drugs in her body, including marijuana, alcohol and medications used for sedation or to treat anxiety. The underlying cause of death was “immersion associated with drug intoxication.”

And a few years earlier, Houston, who was married to Brown for many years and struggled with drug and alcohol abuse, was found dead after accidentally drowning in a Beverly Hills hotel room bathtub the night before the Grammy Awards. The coroner said the singer’s use of cocaine exacerbated her heart disease and played a role in her death.