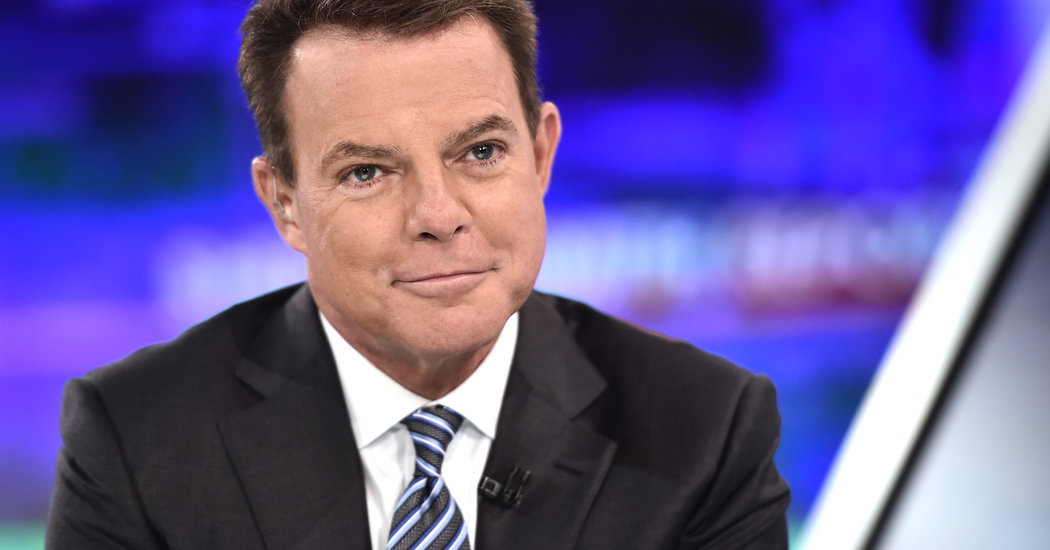 In his first public remarks since abruptly resigning from Fox News last month, the anchor Shepard Smith called on Thursday for a steadfast defense of independent journalism, while offering a few subtle barbs at President Trump’s treatment of the press.

And in a surprise announcement, Mr. Smith said he would personally donate $500,000 to the Committee to Protect Journalists, a nonprofit group that advances press freedoms around the world.

“Intimidation and vilification of the press is now a global phenomenon. We don’t have to look far for evidence of that,” Mr. Smith said at the group’s annual dinner in Midtown Manhattan, an appearance he signed up for before he left Fox News, his television home of 23 years.

The crowd at the black-tie fund-raiser — which draws leading reporters, editors and executives from across the media industry — rose to its feet and applauded after Mr. Smith revealed his donation.

The dinner, formally known as the International Press Freedom Awards, recognized journalists who had persevered through hardship and government oppression in Brazil, India, Nicaragua and Tanzania. Mr. Smith served as M.C., and while he did not mention Mr. Trump by name, his remarks brought knowing nods from the crowd at the Grand Hyatt hotel ballroom.

“Our belief a decade ago that the online revolution would liberate us now seems a bit premature, doesn’t it?” Mr. Smith said in his customary Mississippi lilt. “Autocrats have learned how to use those same online tools to shore up their power. They flood the world of information with garbage and lies, masquerading as news. There’s a phrase for that.”

Mr. Smith’s experience at Fox News was a far cry from those of the honorees, who faced censorship, intimidation and imprisonment. But the anchor can relate to being the subject of insults and ire from a head of state.

Mr. Trump made Mr. Smith into a favorite punching bag, taunting him as Fox News’s “lowest-rated anchor” and routinely complaining about his coverage of the White House. Mr. Smith had not hesitated to attack the president on the air, calling him out for falsehoods and denouncing his harsh language.

In his speech on Thursday, Mr. Smith refrained from addressing his time at Fox News or the network’s coverage of the Trump administration. Fox News was a main sponsor of the dinner, and several of the network’s journalists attended, including the White House correspondent John Roberts.

Speaking broadly, Mr. Smith called for unity in the news business to ward off government encroachment on free expression.

“We know that journalists are sometimes wary of being perceived as activists for some cause,” he said. “But press freedom is not the preserve of one political group or one political party. It’s a value embedded in our very foundational documents. Journalists need to join hands to defend it.”

At Fox News, Mr. Smith’s criticism of Mr. Trump stood out, and he was even mocked on-air by a colleague, the commentator Tucker Carlson. Mr. Smith, 55, had joined Fox News as part of its founding staff in 1996. But he became increasingly disillusioned in recent months about the gap between the network’s prime-time commentary and the reporting produced by its newsroom.

His exit shocked colleagues, with some visibly agape on-air after Mr. Smith informed viewers that Fox News had agreed to let him out of his contract early. The decision most likely cost Mr. Smith millions of dollars in lost salary.

The Committee to Protect Journalists, founded in 1981, works to advance press freedoms, particularly in dictatorial and autocratic countries. In recent years, speakers at its gala have increasingly referred to Mr. Trump’s attacks on the press and the hostile atmosphere faced by American journalists.

The chairs of the dinner were Laurene Powell Jobs, whose Emerson Collective controls the magazine The Atlantic and has made major investments in media companies, and one of her top executives, Peter Lattman, a former journalist at The New York Times.