The music mogul said its focus is to “help advance a political agenda that addresses the needs of Black people,” and he’s working with young Black elected officials and activists to get people involved.

Diddy said it doesn’t matter if you’re a Democrat or Republican, the goal of Our Black Party is to “help advance a political agenda that addresses the needs of Black people.”

The 50-year-old revealed the news Friday on Twitter after speaking on his Revolt TV network on Thursday. Diddy, whose real name is Sean Combs, also endorsed Joe Biden for president.

“The NUMBER ONE priority is to get Trump out of office. HE HAS TO GO. We can’t allow this man to continue to try and DIVIDE US. The people that have the most responsibility and should be SCARED TO DEATH of this man are white people. WE ARE ON THE VERGE OF A RACE WAR,” he wrote in a lengthy Twitter thread.

“We need to get Biden in and hold him accountable. Trump has taken things too far. As Black people, we aren’t even a topic of real discussion. We can no longer stand for doing the same thing over and over expecting different results. That’s insanity! It’s time we unify.

DIDDY PAYS TRIBUTE TO HIS EX, KIM PORTER, 1 YEAR AFTER HER DEATH: ‘I WISH YOU WERE HERE’

“So, I’m launching one of the boldest things I’ve ever launched. I’m launching a Black political party with some young Black elected officials and activists. It’s called @OurBlackParty, it doesn’t matter if you are Republican or Democrat… 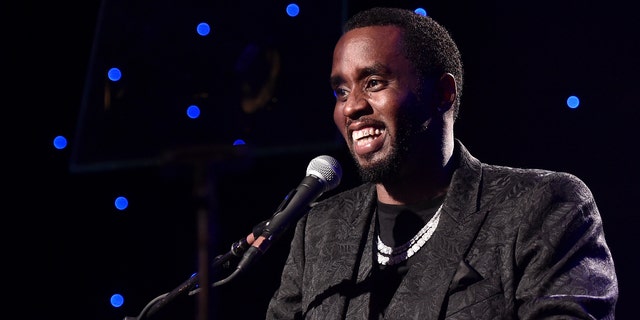 “The mission is to create a platform to help advance a political agenda that addresses the needs of Black people. So, going forward we aren’t in the same position we are in today,” his tweets concluded.

On Thursday, in a conversation with Charlamagne Tha God, Diddy said, “White men like Trump need to be banished. That way of thinking is real dangerous. This man literally threatened the lives of us and our families about going to vote.”

The rapper also condemned his “stand back and stand by” comments to The Proud Boys during the first presidential debate and said, “We’re in a war of love versus hate.”

No. 10 Florida, Mullen plan to resume practice next week

Despite 1 win each, Eagles, Giants have first place in sight

No. 10 Florida, Mullen plan to resume practice next week

Winter Weather Advisory issued October 21 at 11:12AM AKDT until October...

Biden denies family profited from his name, says 'no basis' to...