Saudi Arabia’s U.N. envoy on Sunday dismissed the idea that the United States would re-enter the Iran nuclear deal under a Joe Biden administration, saying nobody would be “naive enough” to go back to a deal that has “proven its failure to the entire world.”

Abdallah Al-Mouallimi made the comments during an appearance on Fox News’ ‘America’s News HQ’ with host Leland Vittert.

Vittert said U.S. foreign policy in the Middle East shifted dramatically under President Trump’s administration, most notably with the May 2018 withdrawal from the Iran nuclear deal. 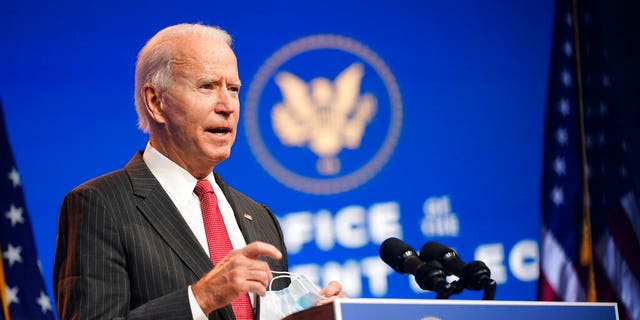 The deal – officially the “Joint Comprehensive Plan of Action – was a historic agreement reached by Iran and several world powers, including the U.S., in 2015, under Barack Obama’s presidency. It was made, in part, to reduce Iran’s ability to produce two components used in making nuclear weapons: plutonium and uranium. In return, crippling economic sanctions would be eased.

Now there is new speculation about whether President-elect Joe Biden will move to re-enter the U.S. in the deal or try to renegotiate. Foreign policy experts and those close to Biden believe he will move the U.S. closer to the 2015 nuclear deal with Iran, but that it will be no easy task.

The Biden team told Fox News earlier this week that his stance on Iran was “spelled out” in a recent op-ed that said as president he would rejoin the agreement if Iran returns to strict compliance with the deal.

“First, I will make an unshakeable commitment to prevent Iran from acquiring nuclear weapons,” Biden said. “Second, I will offer Tehran a credible path back to diplomacy.”

Asked whether he believed Biden’s administration would pivot from the Gulf states – as was the focus under President Trump – back to Iran and the nuclear deal, Al-Mouallimi said he did not.

“No, I think that the Iran nuclear deal has proven its failure to the entire world. And I don’t think that anybody is going to be naive enough to go back to the same deal,” he said.

He added: “If there is a new deal in which Saudi Arabia is involved in the discussion and which covers the shortcomings of the previous deal, such as Iran’s hydromantic behavior in the region and the issue of the missiles and the supply of weapons to rebel groups and so forth, then we will be all for it.”