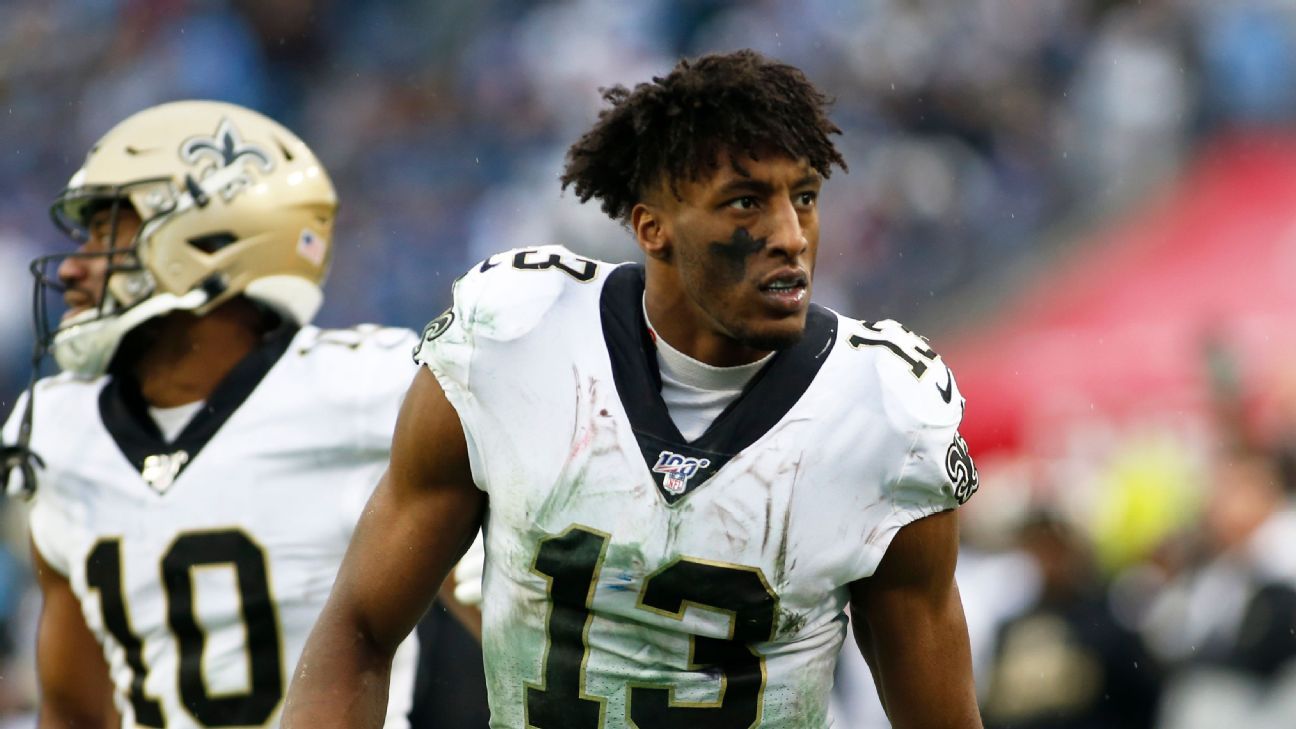 METAIRIE, La. — Michael Thomas‘ chances of playing this week are looking up after the New Orleans Saints receiver was officially listed as questionable for Monday night’s game against the Los Angeles Chargers.

Thomas, who has been sidelined by an ankle injury since Week 1, has practiced on a limited basis every day for two straight weeks. However, he was ruled out on Friday last week. So the “questionable” designation is an upgrade.

Sean Payton didn’t offer any clues on Thomas’ injury status after Friday’s practice, though, when he was asked if the decision would come down to pain tolerance vs. risk of re-injury.

“We’ll always do what’s best for the athlete and be smart regarding any player,” Payton said.

It’s unclear if New Orleans’ upcoming Week 6 bye could factor into any of their decisions with Thomas or other injured players. But either way, the Saints’ injury report looks a lot more promising this week than it did last week — when they ruled six starters out on Friday before their win at Detroit.

Cornerback Marshon Lattimore (hamstring), tight end Jared Cook (groin), guard Andrus Peat (ankle) and defensive end Marcus Davenport (toe) – all of whom were sidelined in Week 4 – are listed as questionable after practicing on a limited basis this week.

Defensive tackle Sheldon Rankins is also questionable after being added to the injury report Friday with a thumb injury.

All-Pro right tackle Ryan Ramczyk, who left last week’s game with a concussion, practiced all week and has no injury designation, meaning he is expected to play Monday night.