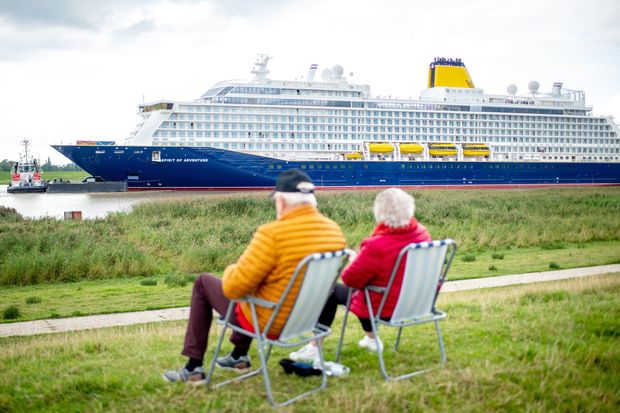 Don’t lock them out: lock them in until you have a deal.

Shutting out private equity bidders was a favored tactic during the heady days of the debt-fueled buyout boom in 2003. So it’s a strange one to resort to when times are tough and private capital should be welcome.

The troubled provider of insurance and cruises to the over-50s rejected a recent 33 pence-a-share takeover offer from a consortium of two unnamed U.S. private equity groups, which it said was“unsolicited and highly conditional.”

Instead, Saga has chosen to tap its shareholders – which includes dozens of retail investors – for £150 million ($201 million) in an equity raise to cope with its spiralling debts. As part of the plan, Sir Roger De Haan, the son of Saga’s founder Sidney, will return to the company’s board as chairman, replacing incumbent Patrick O’Sullivan.

Saga prides itself on looking after its loyal customer base. However, many of those loyal customers are retail shareholders who ironically, as a result of Saga’s proposal, will be diluted by more than 40% compared with the 140% premium they would have been received from the spurned private equity bidders’ offer.

Saga’s convoluted proposal has De Haan, who sold Saga for £1.35 billion in 2004,  investing £75.5 million to buy 324 million shares, or an average entry price of 23 pence a share, to give him a 17% stake. In addition, by underwriting a third of the £75 million placing he could invest a further £25 million at 15 pence, lowering his average entry price to 20 pence and increasing his stake to 25%.

That could be enough to block any future bids for the company, which may be in need of further investment in the future. The cruise industry – among those hit hardest by the pandemic – doesn’t look like it will recover anytime soon.

Private equity has abundant supplies of dry powder to inject into troubled companies. The same can’t be said for shareholders who will be expected to stump up more cash in coming months as many companies look to raise equity to cope with the impact of the coronavirus pandemic on their operations, which has left many of them reliant on borrowing to meet expenses.

That may be why AA AA, -1.83% believes entertaining buyout offers might be a better route to take. The roadside recovery group, which was once Saga’s sister as part of Acromas, has £2.65 billion of net debt with £913m due to be repaid over the next two years. The company is pursuing a dual-track process – considering both offers from buyout groups while simultaneously looking at raising new equity.

On Tuesday, AA granted its potential bidders – which include a joint offer from Centerbridge Partners Europe and TowerBrook Capital, as well as separate cash bids from Platinum Equity Advisors and Warburg Pincus International – an extra four weeks to make an offer for the company.

Now is the right time for Saga to learn from its ex-sibling.