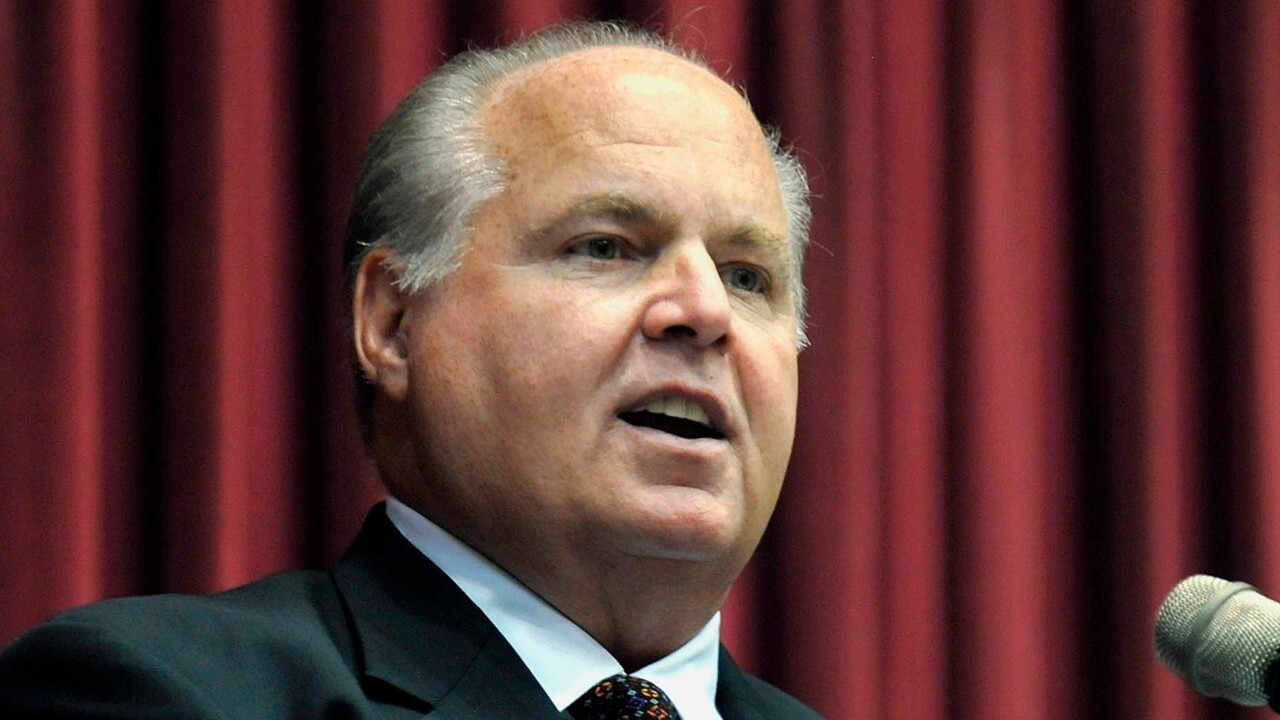 Rush Limbaugh took to his golden EIB microphone on Tuesday and divulged that he’s in the third wave of cancer treatment but it’s “kicking my ass.”

Limbaugh told listeners they were overdue for an update on his medical status after the talk radio legend announced earlier this year that he was diagnosed with advanced lung cancer.

“These are extremely challenging times for me, medically, nothing that million of you haven’t gone through or aren’t going through, and those of you who have, or those of you who are going though it, you understand it,” Limbaugh said. “The temptation here is to start divulging a lot of stuff, I’m not gonna do that because I vowed not to be a cancer patient on the radio.”

Limbaugh repeated that he wants to “shield” his listeners from as much as possible as he battles lung cancer.

“I’m in the third wave of treatment now. There have been many cycles but this is the third wave and, this current wave, I have to tell you is kicking my ass,” Limbaugh said.

“For the last seven days, I have been virtually worthless, virtually useless. I haven’t left the house, I haven’t done much of anything except just try to rest and relax,” he said. “It’s the price that you pay if you make the decision to go ahead and do treatment to try and prolong your life. I’m doing extremely well, all things considered.”

Limbaugh explained he has occasional shortness of breath and sometimes can’t “take five steps without having to stop and sit down,” while carrying anything can be extremely difficult.

“Every day I wake up and the first thing I do is thank God that I did. Just waking up is a blessing,” Limbaugh added. “I know many of you are praying daily and nightly, I happen to believe that they work. I believe that they are sustaining me. I pray for the energy to be able to do this.”

Limbaugh admitted he doesn’t have the energy that he once had, and that his three-hour show seems more difficult than it used to.

“I didn’t realize until I got sick, I honestly didn’t, I didn’t realize how much physical and mental energy [the program demands],” Limbaugh said, noting that producers have “best-of” episodes and stand-in hosts ready if he needs a break.

“I hope that it doesn’t happen… and I’m not making any excuses,” Limbaugh said. “As to how the treatment is going… I’m still here and that’s all that’s important.”

Limbaugh, who was presented with the Medal of Freedom at President Trump’s State of the Union address in February, days after first announcing his sickness, said he refrains from telling listeners specific details about his treatment so that the media doesn’t dive into his health.

“I have just now begun week two of this third cycle,” he said. “Each cycle is three weeks.”

Limbaugh said that one particular treatment “that works in 97 percent of patients” did not work with him because of a “one-percent mutation” that he has.

“That one percent mutation is theorized to nullify the second phase of treatment that we tried,” he explained before praising his wife for supporting him throughout the process.

Flood Warning issued January 23 at 7:55AM CST until further notice...

High Surf Advisory issued January 23 at 3:48AM HST until January...