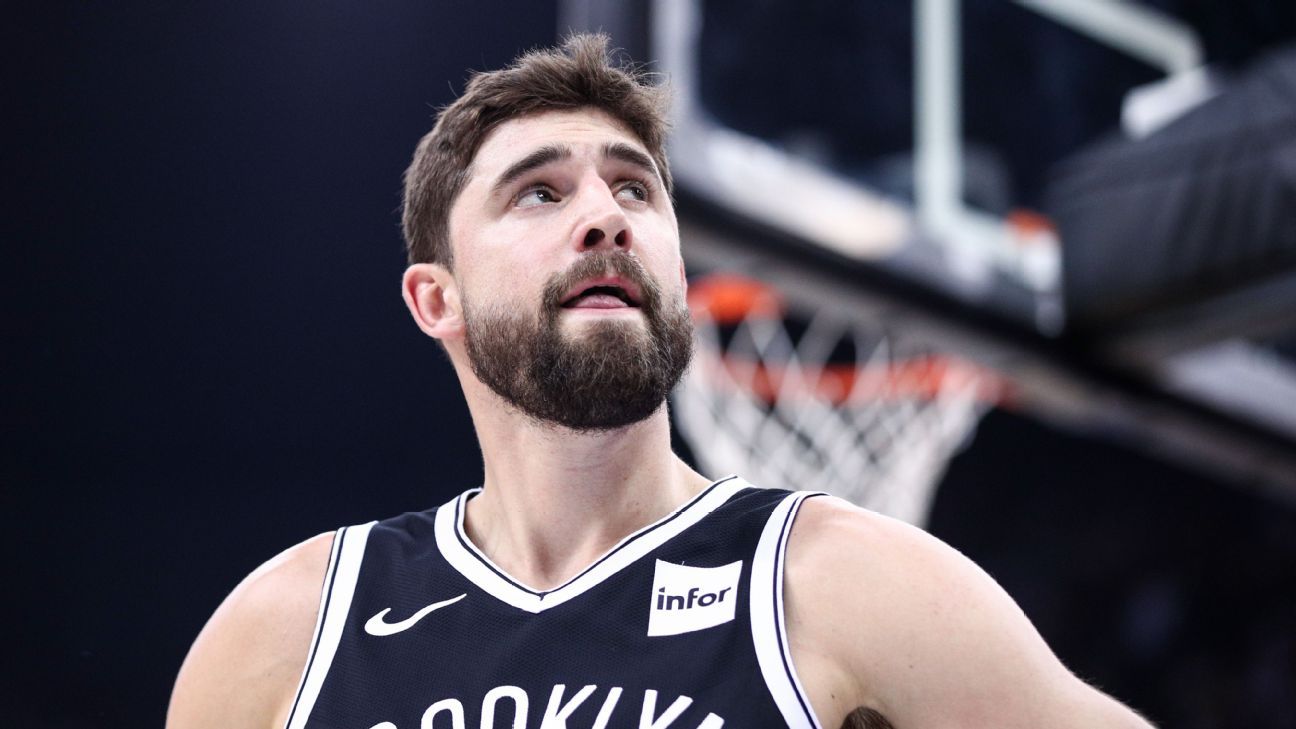 “We hope that we can continue to build with Joe,” Marks said. “Joe is an intricate piece to the program here, not only what he does and what everybody sees on the court, but it’s off the court as well. He’s seen this program develop and developed alongside this program. It would certainly be great to have him continue this ride with us.”

James Harden expressed interest in joining the Nets, ESPN’s Adrian Wojnarowski reported this week, and the Rockets and Nets have been in touch — but there has been no progress toward a deal.

When asked about the Rockets guard on Friday, Marks said that it is “difficult to discuss hypotheticals.” League tampering rules bar Marks from explicitly commenting on any pursuit of Harden.

“All you can do is prepare yourself to put the best roster you possibly can forward,” Marks said. “We like what we have right now. I think it’s a good group of guys, a competitive group of guys. They’re obviously very talented, and it’ll be about how they mesh on the floor. And then you weigh up, ‘OK, if I make changes, that adds a different dynamic to the camaraderie, to the spirit of things on the court.’

“We just have to be ready and flexible for whatever happens, and hopefully the decisions we make put the best roster available on the court. I couldn’t tell you how we make trades and so forth, and whether that involves going after a bigger piece or whether that involves playing around the edges.”

In addition to signing Harris, the Nets are continuing to work to fill out their rosters ahead of training camp beginning on Dec. 1. Marks said that he “doesn’t see [the Nets] changing five or six guys on the roster,” but they are looking to add depth to their frontcourt.

With Kyrie Irving and Kevin Durant healthy again, Marks said that the three-way trade that brought Landry Shamet and Reggie Perry to Brooklyn this week means the franchise is “definitely in win-now mode.”

“Landry has played in big games,” Marks said of Shamet. “When you’ve played in playoff games at that age, you’re a young guy, that speaks volumes. He’s obviously been trusted in other places he’s been and doesn’t shy away from big moments.”

Diego Maradona's warm-up was the original viral video long before the...

Vettel has 'zero tolerance' for crane mistake in Turkey

Will Juventus lose Serie A title race to Milan or Inter?