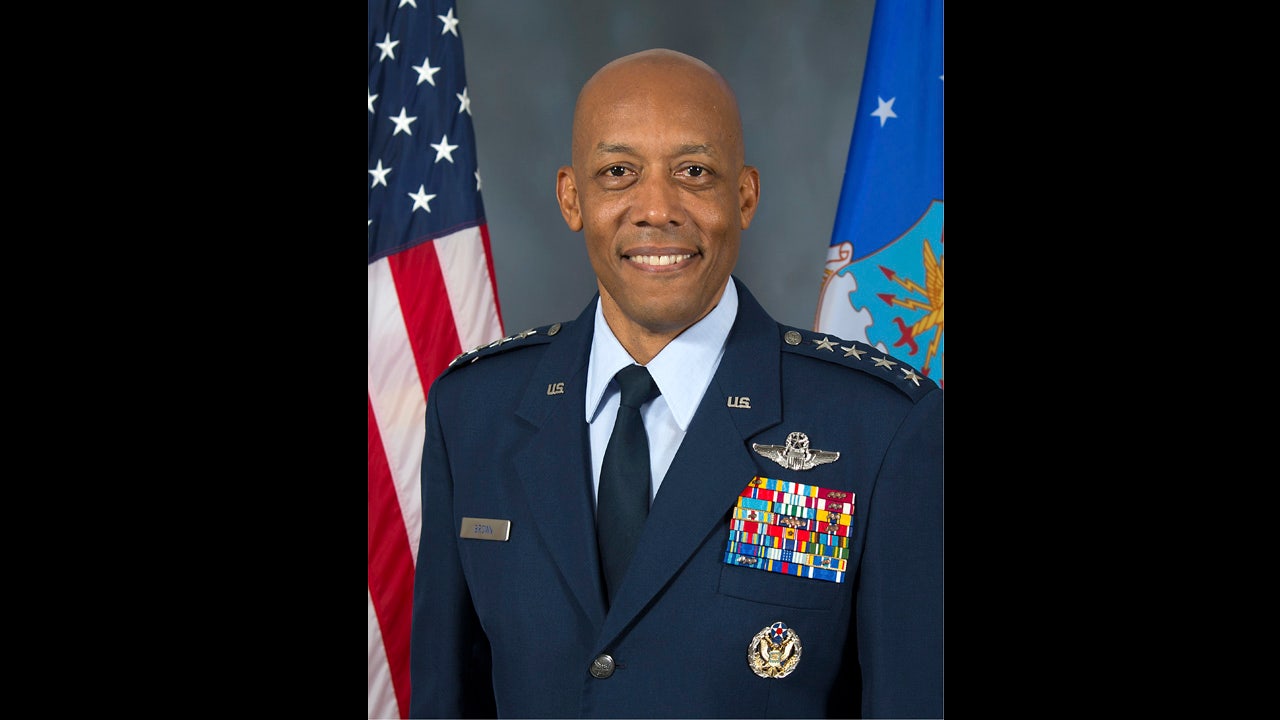 Following the horrific killing of George Floyd – a handcuffed black man not resisting arrest – in the custody of Minneapolis police and the nationwide peaceful protests and rioting that have occurred since, there was some good news Tuesday about progress the U.S. is making to give African-Americans equal opportunity.

By a vote of 98-0, the Senate confirmed Gen. Charles “CQ” Brown to be Air Force chief of staff. He becomes the first African-American in U.S. history to lead a branch of our armed forces.

Brown’s promotion doesn’t erase problems put in the spotlight by Floyd’s May 25 killing, of course. But it’s heartening to see the military making history once again in race relations.

The armed services have often led in equalizing opportunities, perhaps because the combat arms have a way of demanding truth.

Back in 1947, President Harry S. Truman ordered the full integration of African-Americans into the military. This was the first long-overdue step in dismantling our nation’s history of racial discrimination and set the stage for the civil rights movement of the 1950s and 1960s, along with subsequent progress.

Several African-Americans have served as generals and admirals, with some rising to the rank of four stars. Army Gen. Colin Powell served as chairman of the Joint Chiefs of Staff from 1989 to 1993, but he was not Army chief of state.

As Air Force chief of staff, Brown will oversee the budget to organize, train and equip that military branch.

Brown served as an F-16 fighter pilot, with basically a perfect career resume including command at the squadron level and above, several years commanding air operations against ISIS, and two years leading Pacific Air Forces. In that post he dealt our defenses against North Korea, China and Russia on a daily basis.

But there’s a tinge to this story. Here’s what Brown didn’t talk about until last week.

For 36 years in the Air Force, Brown has felt like he was “living in two worlds,” he revealed in a raw video posted on his official Pacific Air Forces Twitter account Friday. Brown spoke out in the wake of the death of George Floyd, and before the crucial Senate vote confirming him as Air Force chief of staff.

Brown’s candid statement was courageous and unusual. He opened up about his personal experiences and thoughts on race within his incredibly successful Air Force career.

The hard grading of Air Force combat aviation made Brown’s career. Fighter pilots live or die on merit. He also dealt with pressures along the way because of his race.

Brown recalled evenings “at the Officers’ Club with my squadron, being told by other African-American officers that I wasn’t black enough because I wasn’t spending more time with them.”

The general spoke of “the pressure I felt to perform, error-free, especially from supervisors who I perceived expected less from me as an African-American.”  He thanked his mentors for “the sound advice that has led to my success” but acknowledged that “even so, most of my mentors could not relate to being African-American.”

I’ve never heard a senior military officer talk like that. But it is clear that Brown is comfortable with putting himself on the line as a leader.

Brown comes in with a lot of goodwill, and he’ll need it. Air Force Secretary Barbara Barrett praised his global perspective, and Chief of Staff of the U.S. Space Force Gen. Jay Raymond welcomed Brown’s “leadership and vision across all domains.”

The Pentagon is Army-dominated at the moment and as Brown knows, the Air Force often bumps up against the Army on issues like long-range planning, space, and airbase defense. The new chief of staff will also face urgent budget decisions on everything from hypersonic weapons to flying cars.

And Brown has said he’s willing to take on the ultimate Pentagon swamp creature: service roles and missions.

The Air Force has been reducing combat planes to pay for a big new battlespace data network, and Brown will have to contend with that project.

There’s still more for the military to do. Right now, there is only one other African-American four-star on active duty, General Michael X. Garret, at Army Forces Command.

True, the Air Force is good at firsts. Air Force Gen. Daniel “Chappie” James, a Tuskegee airman in World War II and a Vietnam fighter pilot, became the first African-American four-star general in 1975. Credit that hard grading of aerial combat and the willingness of the military to honor it.

No doubt Brown will keep open and push forward discussions on race and inclusion.

“Without all the answers, I just want to have the wisdom and knowledge to lead in difficult times like these,” he said.