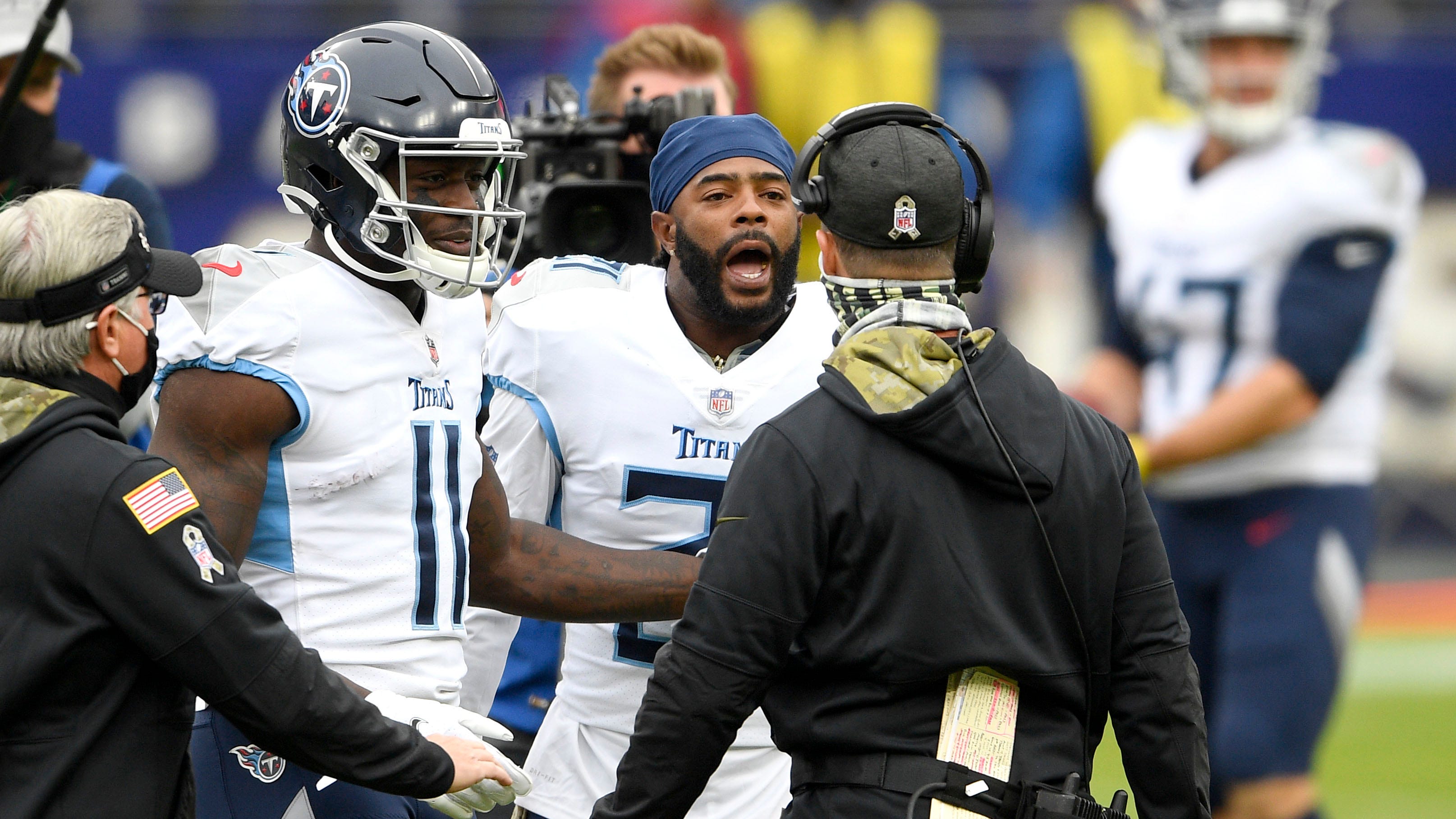 Baltimore head coach John Harbaugh got into a heated argument with Titans cornerback Malcolm Butler after several Tennessee players appeared to dance on the Ravens’ logo before the start of Sunday’s game.

Ravens players weren’t yet on the field when the Titans gathered at midfield at M&T Bank Stadium Sunday afternoon. Several videos posted to social media showed a few Titans players jumping up and down.

It’s unclear if the Titans were dancing or simply warming up but Harbaugh certainly didn’t appreciate the gesture.

He rushed the field and appeared to exchange words with Butler, and the two were eventually separated.

Titans coach Mike Vrabel came to the defense of his players before refs also separated him from Harbaugh, according to The Athletic.

Both teams at 6-3 are coming off a tough loss in Week 10. The Titans lead 7-3 at the end of the first quarter.

The Titans got the better of the Ravens in the playoffs last season. The Ravens were the best team in the AFC and the Titans came in as a wild card and knocked them off on their way to an AFC Championship appearance.