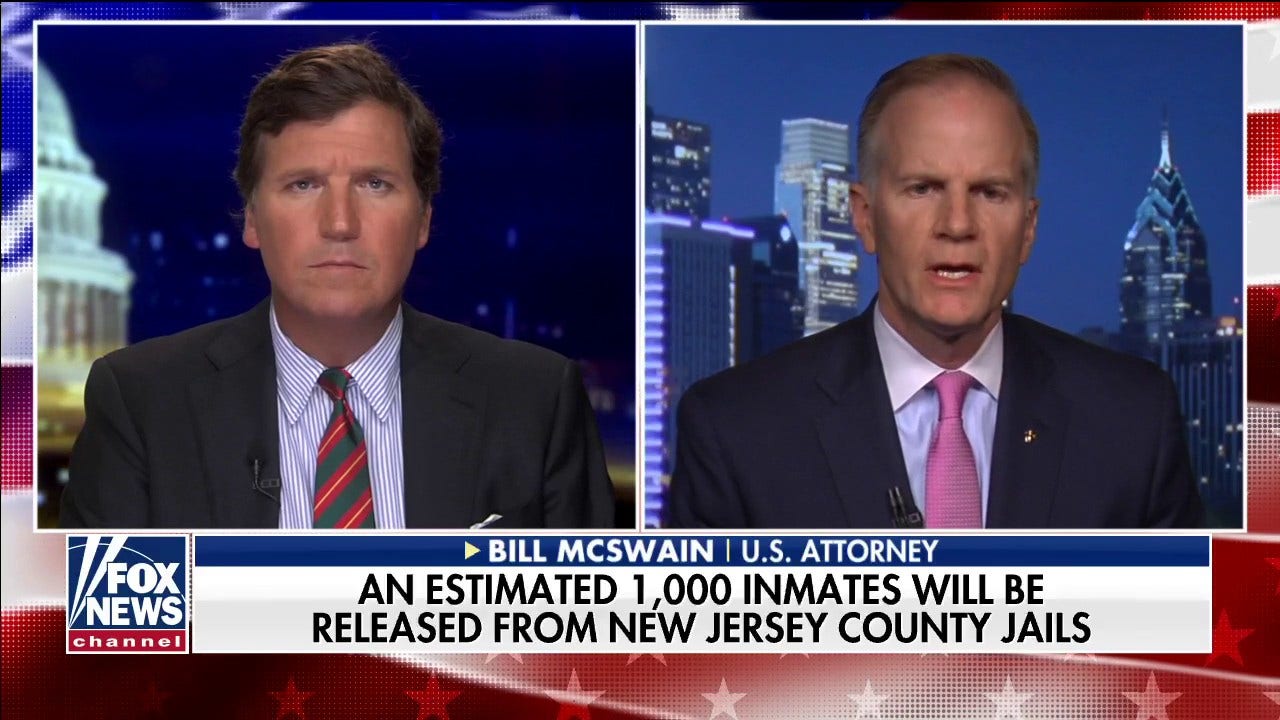 William McSwain, the U.S. Attorney for the Eastern District of Pennsylvania, has criticized Philadelphia officials who McSwain said are loosening criminal justice policies in the name of preventing the spread of the coronavirus.

McSwain told “Tucker Carlson Tonight” on Thursday that there are two groups of people who are trying to “take advantage of this pandemic” to reach their political goals.

“Criminals — and progressive politicians,” he said. “In many ways, these two groups are indistinguishable.”

McSwain slammed Philadelphia District Attorney Lawrence Krasner for using the pandemic to “promote [a] radical ideology, which puts violent criminals on the streets.”

Krasner, who previously worked in the local public defender’s office, was elected in 2017 on a platform of sweeping, progressive criminal justice reform. On Thursday, McSwain accused Krasner of “calling for essentially a mass release of criminals, up to and including people on death row.

“And [Krasner] is trying to create panic out of the situation — when currently, we have no prisoners in the local Philadelphia jails that have the virus.”

“We all need to take this [pandemic] seriously,” McSwain added, “but this is not the time to fling open the prison doors.”

According to the Philadelphia Inquirer, Krasner has said he would respond to the coronavirus outbreak by seeking the release of people charged with nonviolent offenses and misdemeanors and asked police to consider the prospect of prison overcrowding when making arrests.

Earlier this week, Philadelphia Police Commissioner Danielle Outlaw clarified a previous statement on a temporary policy regarding delayed arrests for nonviolent crimes during the pandemic.

“Persons who commit certain nonviolent offenses will be arrested at the scene. Once their identity has been confirmed they will be released and processed via arrest warrant,” she said, according to the paper.

“The department is not turning a blind eye to crime,” Outlaw added.

The local PBS affiliate, citing an internal police memo, reported that the crimes in question may include theft, stolen automobiles, vandalism and prostitution.

Dr. Jack Graham: Coronavirus – My battle with depression has an important lesson for this crisis

'They look at me and think I'm some kind of virus': What it's like to be Asian during the coronavirus pandemic

Dr. Jack Graham: Coronavirus – My battle with depression has an...

Rip Current Statement issued March 28 at 9:06AM EDT until March...

Mike Pence says he will be tested for coronavirus after staffer...

Coronavirus updates: Mike Pence getting tested, US cases near 20,000