NEW YORK – A conservative Staten Island artist, known for painting American flag murals in each of the 50 states, is planning a mayoral run in New York City, where he said “a monkey with no eyes” could do a better job than the current administration.

“I’m not a politician, but neither was Ronald Reagan, neither was Donald Trump,” Scott LoBaido, a 55-year-old self-described “creative patriot” told Fox News on Thursday evening. “Why shouldn’t I run? I can’t do any worse than this clown.”

He criticized New York Mayor Bill de Blasio, a Democrat, over the city’s high taxes, handling of the coronavirus, small-business regulations, lack of support for police and exodus of residents and businesses. 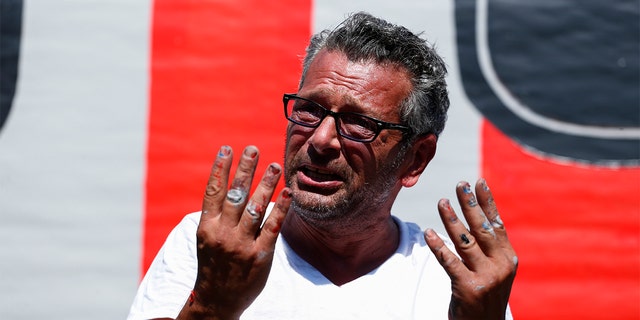 “I think a monkey with no eyes could take over this office and fix this insanity,” he said. “So I think I could do it.”

De Blasio’s ongoing feuds with the city’s police, religious communities and even Gov. Andrew Cuomo, a fellow Democrat, have plagued his administration.

LoBaido has feuded with the mayor, too. He responded to New York City’s “Black Lives Matter” mural outside Trump Tower on Fifth Avenue by painting a “Thin Blue Line” at a Staten Island police precinct in support of the NYPD, which prompted threats of a lawsuit.

He also draped a now-infamous banner off an overpass depicting de Blasio in a Che Guevara T-shirt holding the severed head of the Statue of Liberty.

LoBaido said that as an artist, he is the voice of a lot of people, including small business owners, police officers, “one-job moms” and even the Wall Street crowd, who he said can’t speak their minds for fear of losing their livelihoods. A self-described conservative Republican, he said even his liberal friends and family don’t “have anything nice to say about this mayor.” 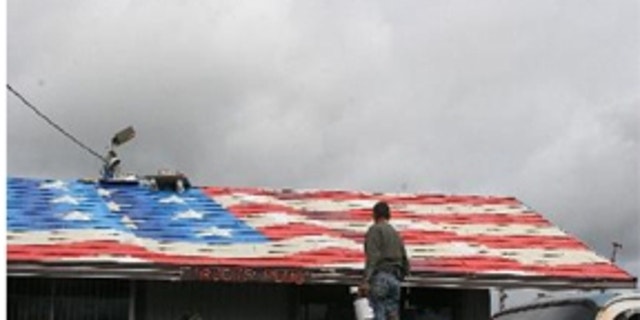 “I am that activist for them,” he said.

De Blasio is not expected to be in the next mayoral race, due to term limits.

Asked who his favorite former New York City mayor is, LoBaido said Rudy Giuliani, who served from 1994 until 2001 and helped dramatically reduce crime in the Big Apple.

In that vein, LoBaido said his first order of business would be to increase the NYPD’s budget by at least 10 percent. De Blasio and city councilmembers recently agreed to slash police funding by $1 billion – even as the city sees sharp spikes in violent crime.

Shootings have risen by 127 percent in the city this year, according to police, and murders are up 76 percent.

LoBaido said public safety, particularly in minority neighborhoods, is more important than any other issue facing the city.

“A safe community is a prosperous community,” LoBaido said. “It’s the most commonsense thing.”

He also said he wanted to explore ways to safely reopen the city’s schools and ease restrictions on restaurant owners, which he said were oppressive even before the COVID-19 shutdown.

Under de Blasio’s administration, LoBaido argued, New York has become “horrifying,” “surreal,” and a shadow of the “Crossroads of the World” it once was.

“Lower Manhattan, it’s a ghost town,” LoBaido said, referring to one of the city’s busiest areas in normal times. “It saddens me, it hurts me. That’s not what this city is.” 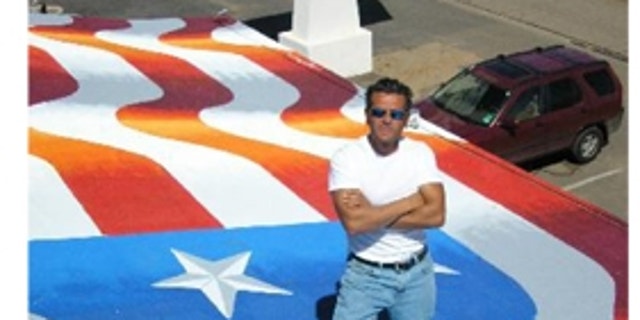 LoBaido also said he wants to take down controversial speed cameras, “another money-sucking scam on the hardworking people of this city,” and find a way to reverse the mass exodus of well-off residents and businesses.

He said an official announcement and campaign filings would probably occur after the 2020 presidential race comes to an end on Election Day. In the meantime, he’s working to help get President Trump reelected.

Fire Weather Watch issued October 23 at 3:51AM PDT until October...