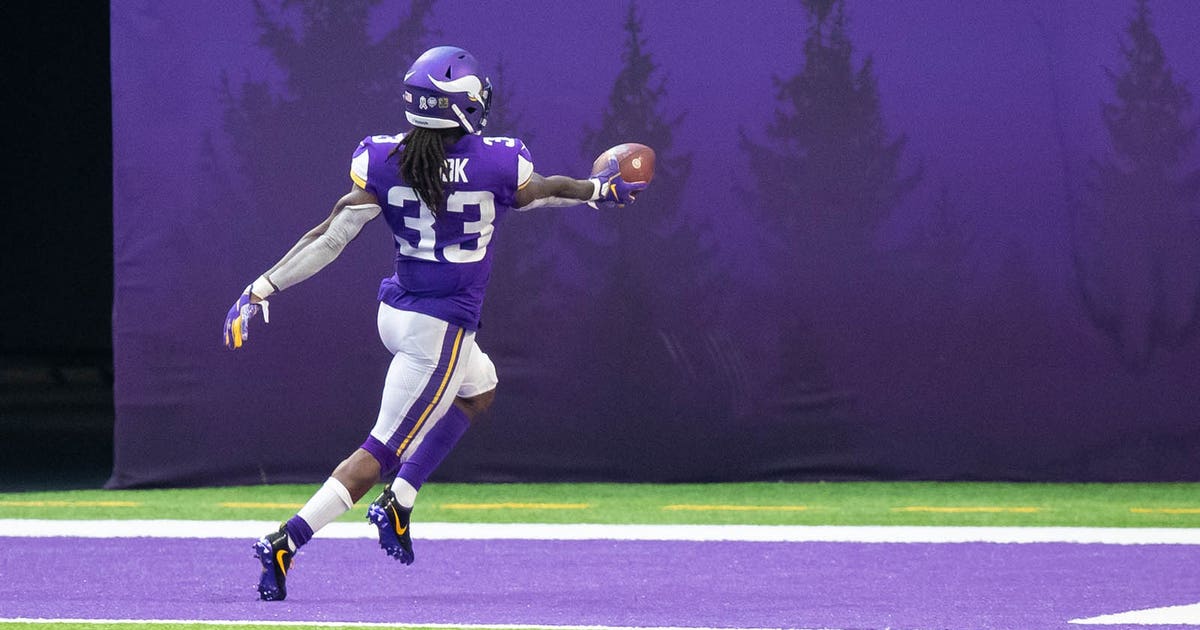 MINNEAPOLIS — The Minnesota Vikings stumbled into their bye with a 1-5 record, their previously fierce home-field advantage vanished as they faced a low-water mark of four games under the .500 mark for the first time in coach Mike Zimmer’s seven seasons.

There was no locker room rant, though, from a leader who’s known by his bluntness. Zimmer simply expressed trust in the players that they could initiate a turnaround, a belief backed up by the front office when only one trade — sending recently acquired defensive end Yannick Ngakoue to Baltimore — was made before the deadline.

“He just kind of turned to the team. It was time to step up. Tired of losing like that, in that fashion,” linebacker Eric Kendricks said. “We knew what kind of players we had. We knew how close we were getting at times. We just weren’t finishing.”

Less than a month later, the Vikings (4-5) have a legitimate path to the playoffs if they can maintain this post-bye momentum. That’s what Zimmer envisioned with the right alterations to the game plans and the right approach to the process.

“His message was kind of brief. It was ‘stick together,’” running back Dalvin Cook said. “I think that took us farther than he thinks.”

The Vikings host Dallas (2-7) on Sunday afternoon, their first of three straight home games against losing teams. U.S. Bank Stadium will empty for the remainder of the season, due to continued COVID-19 prevention protocols, but as the Vikings showed in beating NFC North foes Green Bay, Detroit and Chicago over the past three weeks they’re capable of generating their own edge.

“The biggest thing is playing with emotion and energy,” Zimmer said. “That seems to be a continuing factor. We’re playing with a lot of young guys, so sometimes it’s like they get out for recess and they’re all excited.”

Here are some key angles to the game:

The Cowboys, who have lost four straight games, will be aiming for a similar bounce after their bye. Though quarterback Dak Prescott is done for the season with a broken ankle, his top backup Andy Dalton is on track to return on Sunday after first-time starters were used in the previous two games. What’s more, the woebegone NFC East remains eminently winnable. First-place Philadelphia has only one more win and two fewer losses than Dallas.

“We understand what we’ve gone through in the early weeks. It was not pretty,” coach Mike McCarthy said. “But I’m hopeful and confident we’ve learned from it because we’re going to need it.”

He emphasized the standings in meeting with the team this week.

“It’s obvious the state of our division,” he said.

After allowing a franchise-record 307 rushing yards against Cleveland on Oct. 4, the Cowboys must contend with the NFL’s leading rusher in Cook. The Browns are led by first-year coach Kevin Stefanski, who was Minnesota’s offensive coordinator in 2019 and employs the same outside-zone run schemes as the Vikings. Dallas had its best game defending the run in its most recent outing two weeks ago against Pittsburgh, allowing just 46 yards.

Dallas running back Ezekiel Elliott, the two-time NFL rushing champion, still doesn’t have a 100-yard game this year. He’s had seven 100-yard performances in each of his previous three full seasons, so he’d have to run the table to match that.

CeeDee Lamb, the 17th overall pick, has given the Cowboys a dangerous trio of wide receivers with Amari Cooper and Michael Gallup. Five slots after Lamb, the Vikings made Jefferson the fifth wide receiver taken off the deep board. He’s on pace to break the franchise rookie season records for receptions and receiving yards set by Randy Moss in 1998.

“To be drafted fifth off the board and pretty much be the top rookie receiver right now, it means a lot,” Jefferson said. “That’s exactly what I said I was planning to do before the season started and when I was drafted, so I’m just trying to back up my words and just keep going out there and playing my best ball.”

Dallas rookie cornerback Trevon Diggs — the younger brother of former Minnesota and current Buffalo receiver Stefon Diggs — will be sidelined for at least three games after going on injured reserve with a broken foot. Cornerback Chidobe Awuzie is expected to return, though, after missing seven games with a hamstring injury. Jourdan Lewis and Anthony Brown were the only other cornerbacks to get snaps against the Steelers.

STREAKS, STATS AND NOTES — Seven of the all-time matchups between these teams have been in the postseason, with the Cowboys carrying a 4-3 advantage. … The Cowboys are still only one win and two losses behind NFC East leader Philadelphia despite four consecutive defeats. … The Cowboys are 21-10 all-time after their bye week, the third-most wins in the NFL. … Cowboys coach Mike McCarthy went 15-9-2 against the Vikings over 13 seasons with the Packers. … Cowboys QB Andy Dalton is on track to return from a two-game absence, one for a concussion and one while on the COVID-19 reserve list. Ben DiNucci and Garrett Gilbert started the previous two games at QB, respectively, the first career start for each. Dak Prescott is out for the season with a broken ankle. … The Cowboys haven’t lost five straight games since 2015, when they had seven defeats in a row after QB Tony Romo broke his collarbone. … Cowboys RB Ezekiel Elliott has not had a 100-yard rushing game this season. The two-time NFL rushing champion has had seven 100-yard games in each of his previous three full seasons. … Cowboys DE DeMarcus Lawrence has more sacks (five) of Vikings QB Kirk Cousins than any other player in his career. They were NFC East rivals when Cousins played for Washington. … The Cowboys have the worst turnover margin in the NFL at minus-13. The Vikings are plus-4 over their three-game winning streak. … The Dallas defense has only three interceptions this season. The Vikings have picked off four passes over the last two games. … The Vikings have won three straight games. … Cousins is 2-6 in his career against the Cowboys but has 14 TDs against five interceptions for a 99.2 passer rating in eight starts. … Vikings RB Dalvin Cook leads the league with 954 rushing yards and 12 rushing touchdowns despite missing one game to injury. He has 590 yards from scrimmage over the last three games. … Vikings LB Eric Wilson is the only player in the league with at least three sacks and three interceptions this year. … The Vikings held the Bears to 149 net yards, the fourth-lowest total in the NFL this season. … Fantasy tip: Cowboys rookie WR CeeDee Lamb had four catches for 71 yards and a TD in the last game. The Vikings have allowed 7.35 yards per pass, the sixth-worst average in the league.

UFC Real or not: Shevchenko vs. Nunes? Figueiredo's long reign?

Why Chiefs' Patrick Mahomes-to-Travis Kelce connection is the best of its...